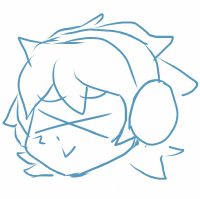 I want to tell you that I am really sorry for waiting for the 2nd demo. But the good news is that the schedule is not terribly delayed!
It’s because both of the development members are so busy preparing for graduation. (Me and Mzom) Therefore, the demo release will be decided in mid-October.
Top


The demonstration was designed to get your feedback from the first demo.
We tried to improve the existing bad game design as much as possible.

There are no more messy, illegible graphics we saw in the first demo. We've made a clear distinction between where you can go and where you can't. You'll hardly ever get lost and wander around, or go to a strange place. 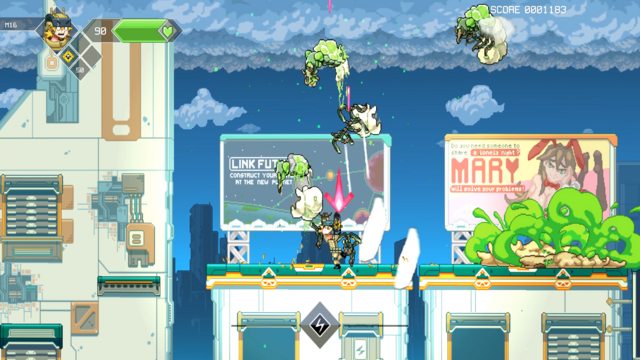 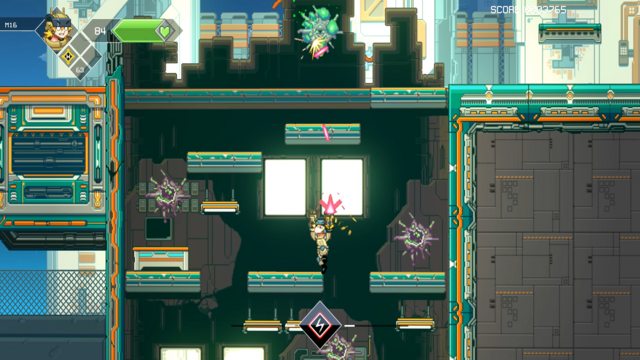 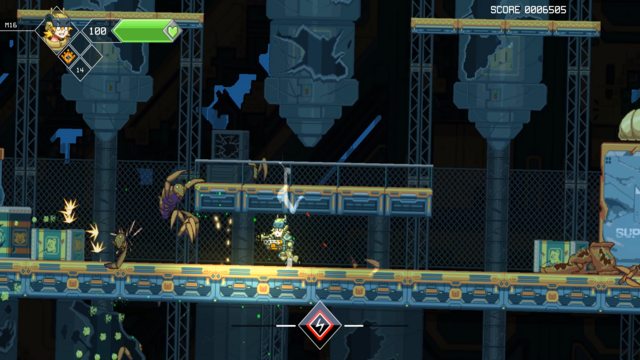 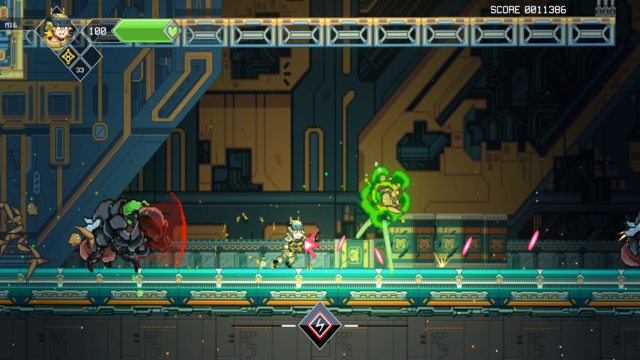 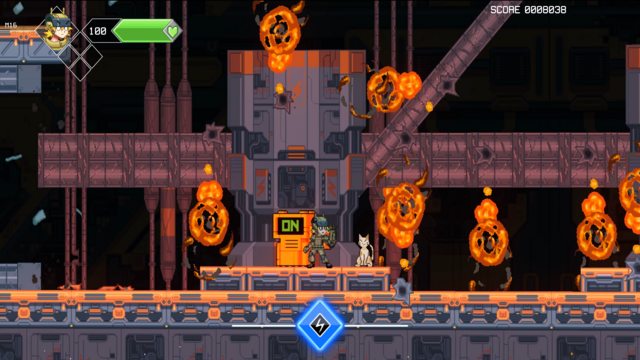 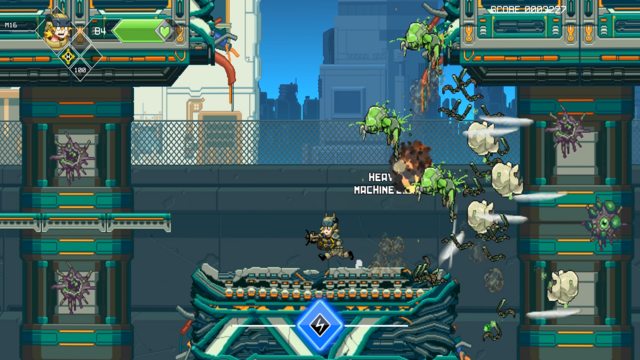 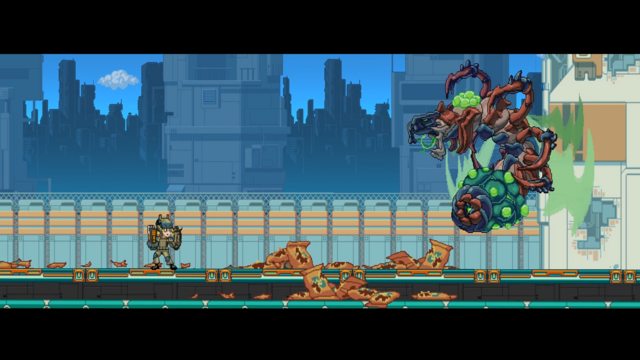 In previous versions, there were problems in the gamepad controller support.
To allow smoother gameplay, we fixed problems such as shooting out of the screen or the stick not working properly.

We've improved controls such as Super Dash, Shield, etc. We improved the super dash in particular to work better and smoother.


You can leave a comment or send your feedback through the contact information below.
Your valuable comments and bug reports are always welcome!


Thank you to all of our followers and supporters.
We will always try our best to make Operation Echo a dope game!
Top

Splendid work, my friend!! Now i really can't wait for the full release. I totally believe in ya!
Top

This is going on my list of things to play.

Great as always. But like good things, there are some nitpicks I have with this.

Spoiler:
Pros:
+Once again, it looks gorgeous and the art shows a lot of consistency, passion and charm, which is important for a good indie pixel-art game.
+The weapons are fun to use, though I kinda wish there was a Metal Slug 6/7 switching between two weapons, while keeping more powerful
weapons in one slot, but that's just me. Also, the simultaneous shooting feels kinda clunky, because it doesn't work every time.
+New factory interior is definitely more interesting, thanks to the "escape" sequence with the fire, great use for the shield, too.
+The new boss is much better than the snake from the first demo, since it has a cool build-up and it's fun to fight most of the time.
+Kittens.
Cons:
-I feel like the default button inputs should be better, like, why is jump on right trigger is beyond me, but that's just me.
-The boss feels kinda too tough for a first boss, mainly the multiple needles he fires at you, are those even shootable? Because
trying to avoid them is pretty much impossible with the aid of the shield.
-Final phase doesn't feel very satisfying, since I had to abuse the shield all the time and it felt like a last minute addition.

Still, this definitely has a lot of promise, even others on various Discord I'm in being impressed by this, wondering why it's not made in something else, since making stuff like this is pure black magic in GZDoom Engine. Looking forward to the full release.
Top 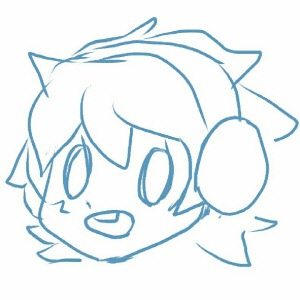 Captain J, Amuscaria <<< Please look forward to it! I will do my best

QuakedoomNukem Cz <<<Thank you for the feedback! I'll make it better next time!
Top

Most of my nitpicks were fixed! Checkpoints restore to 100 HP, there's no argh-grapple-hook section, and the art looks even better. Cool!

That being said, I do have a couple complaints. All of them have to do with the boss:
-In general, the boss felt incredibly hard for a level 1 boss.
-Phase 2 is literally a binary - either it's a joke because you are in position to shoot the boss the whole time (since, fun fact, if you're standing you can actually dodge the projectiles shot purely by crouching) or you get awkwardly trapped (or you kill phase 1 in such a way that you can't get the machine gun in time) and basically might as well wait for death.
-The Needle attack in Phase 3. How exactly are you supposed to dodge this? As in, I'm legitimately curious - even with full shield, you can't actually tank the full volley.
-Phase 4 is...I don't really understand what's going on in this phase. It also feels REALLY unnecessary - the boss was hard, but this phase seemed particularly excessive; ending at phase 3 would've been fine.
Top

Hey, gotta say this mod looks pretty damn cool and it feels like it just pushes Doom to its limit just like Total Chaos.

When I saw the title, I thought this was gonna be some sort of modern-military mod with US Army/Marines/Navy SEALs/Whatever shooting at random shit or something like that, haha.
Top

Gave the first 2(?) levels a try. I like where this game is going. Very impressed with the polish so far. I do have some gripes about it, though. I'm mostly familiar with the megaman games, since I've been a rabid fan of them since I was a teenager, so most of my comparison will come from those.

I'll start with the CONS:

1) The most noticeable difference I noticed between this and other games of the genre series is that I have no air-control. The character in ECHO cannot change directions or move while in midair (AFAICT), which makes the controls sluggish and projectiles difficult to dodge. Makes jumping over enemies more difficult than if this was in Megaman or Metroid. I'm not sure if this is due to a limitation of the Doom engine or a intended set up.

2) The dash needs a buff. It barely pushes the player 6 inches and is almost never useful from what I've see so far. It's probably faster to just run. The only time its useful is when I dash jump, and that has limited use because of the lack of air-control.

3) The normal plasma gun seems to have a lower DPS than the out-of-charge plasma gun. And the fully charged plasma gun does too little damage to be worth spending the entire energy meter. Maybe make it shoot thru enemies or something.

4) This might be impossible in the Doom engine but is it possible to make the Up key the activate key, and allow the player to lower them selves from a higher platform by pressing down?

5) Enemies movement and attacks are a bit too fast for this sort of game. Combine with the sluggish controls, it makes ti very hard to dodge things compared to other games of the genre.

6) Auto-saves could use some work. Let's just take the first level. If I die after activated the power, even if I got to the giant ramming bugs, I restart to before I turned on the power have had to run that fire gauntlet all over again. Assuming that was a mid-boss, the autosave should be moved to where I enter the room, not way back to the reactor.

7) The first boss was incredibly hard. Especially for a first level one. There is almost no time to dodge its attack, and they all do \massive amounts of damage.

1) Fantastic art style. The sprites and animations are superb, and the environments are pretty sweet. The enemies are especially nice with their fluid animations.

4) Lots of potential in this.

Keep up the fine work! I will report any bugs I find after I have more time to play.

Amuscaria << Thank you, I will Improve those issue next time and thank you for support!
( Btw, I already fixed the descending movement for a couple of days ago. Check the screenshot below) 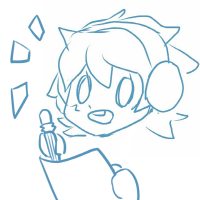 Some button hint icon added. No more dirty strings on the screen! 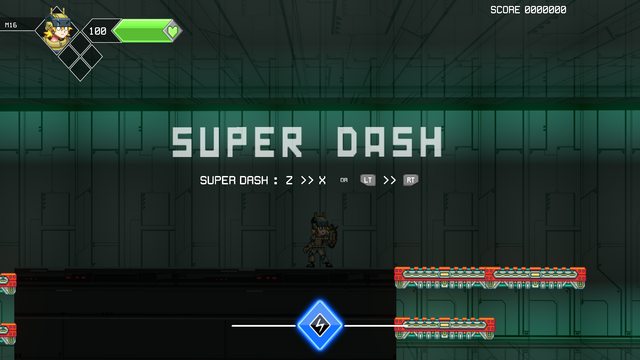 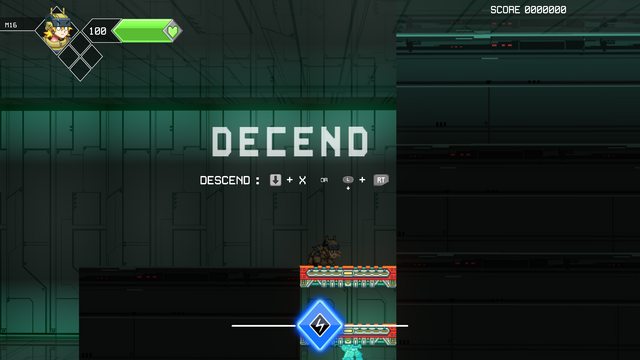 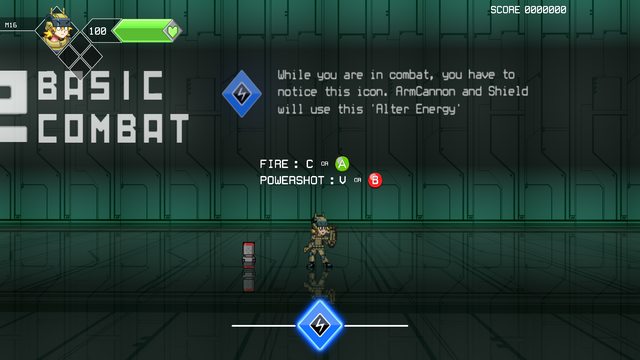 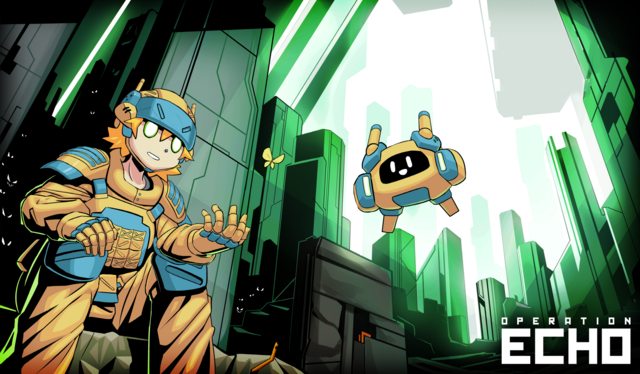 Hello, everyone who loves and encourages my work!

I posted it to let you know about my upcoming activities.

I'm sorry I haven't heard from you in recent months.

But the good news is that I finally have a new office!

Now I'm able to concentrate more on development. We can look forward to many activities in the future.

The development process has only been poorly posted. but that doesn't mean the development of the game hasn't progressed at all. So you don't have to worry about it.

We will slowly post the development diary that has not been reported so far.

Please look forward to it!
Top

Absolutely amazing news and the Drawing, once again. I really love the shading and the Perspective on this one! It's totally hard to make up by myself. And congratulations on the getting your very own Office! I'm sure the processing's gonna be easy.
Top

Dude, this shit is fucking impressive! It doesn't even look like it's running on GZDoom - which only goes to show how powerful the engine is.
Top
201 posts