I know it's been two months since the last response here, but I've got just a minor feedback about Serious Sam's Minigun. You see, it doesn't get the conventional cooldown of other Active Abilities, instead getting ammo from the hourglass pickups. What I'm thinking is, make it where instead of Sam holding the Minigun until either a set time runs out or he runs it out of ammo, pressing the Active Ability key switches between using the Minigun or not. In other words, if you ever found yourself wanting to save what Minigun ammo you had on hand, you can just press the Active Ability key again to stow it away until you think you need it. Then just make it where the Minigun just doesn't regenerate on its own, requiring hourglasses to reload it.

And I know you're most likely not taking suggestions for new Champions, but I did post a concept for one over on the FreeDOOM Discord... I'll post the ideas here if anyone wants.
Top

Hello and hope everyone is good.

This is epic works you have here, world class. After some slight issues with starting up a FFA online multiplayer with GZDoom, I realized something wasn't quite right? I read all 20+ pages after reading here that GZDoom isn't supported with online multiplayer?

Were 99% running in GZDoom, it looks amazing with all the shaders, this is by far the best DM madness!

Just cant add bots at the moment? May I ask, really sorry about this, but how can bots be added with GZDoom?

Could it be possible to add a custom .pk3 with the bot scripts?

Also it seems that you can load the first DM map with ZDL but only console commands can loadup the next map? I'm trying to figure out a script to load all the QCDE maps in sequential order.

This mod is outstanding. Thankyou for your time and hope to speak soon.

Here are some screenshots of the awesome COOP mode, the best coop in years, solid FPS madness. 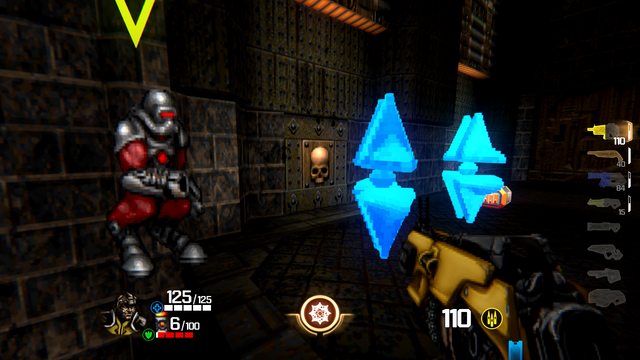 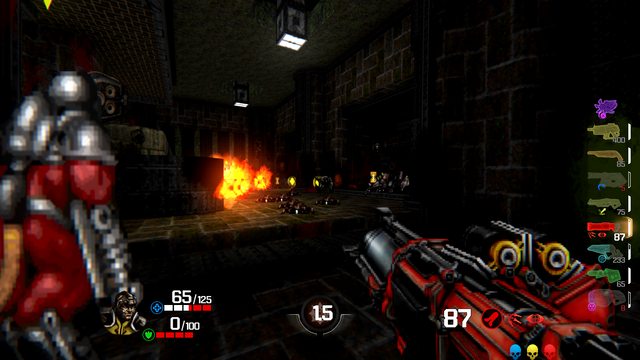 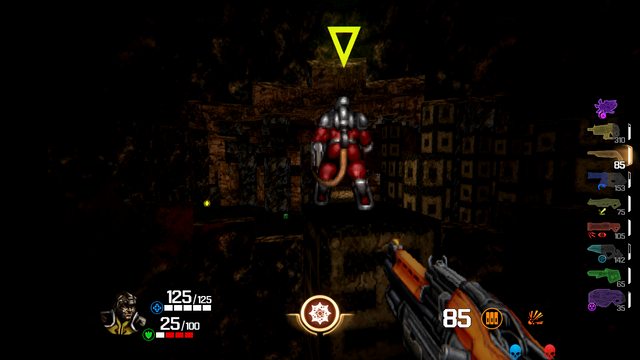 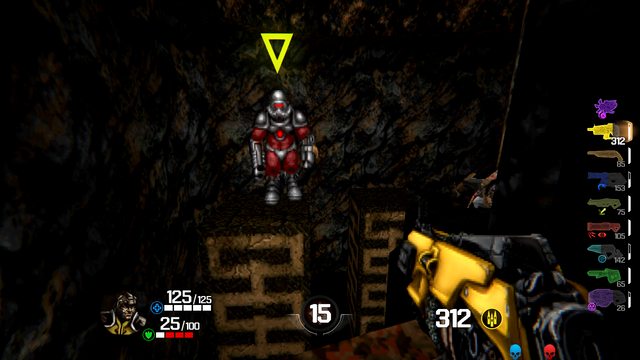 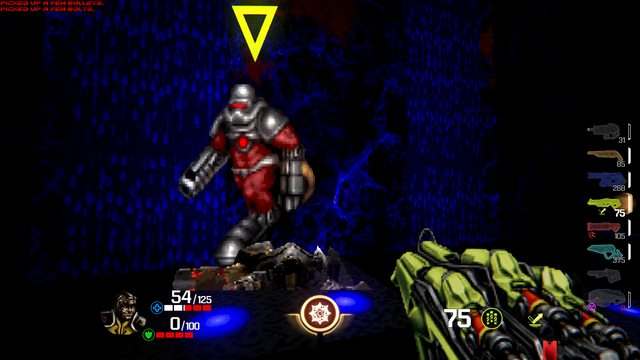 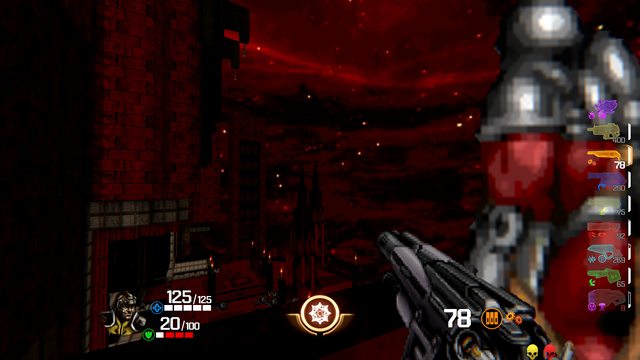 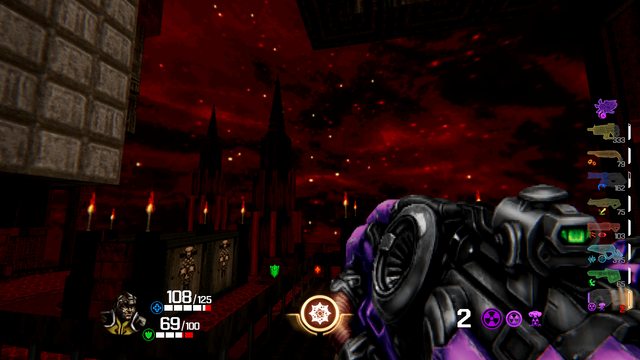 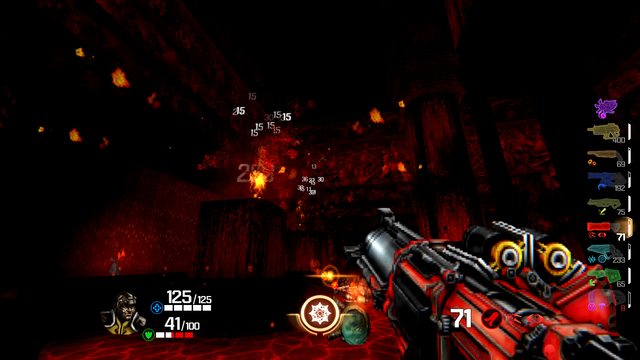 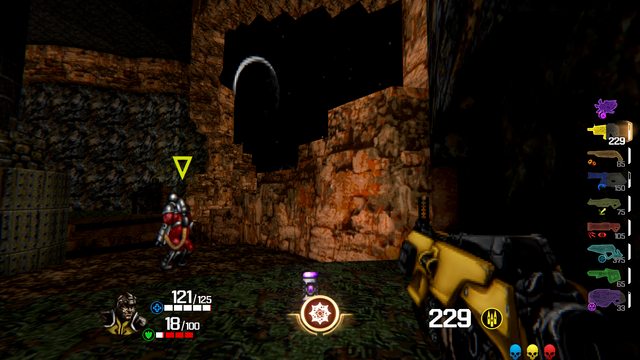 Okay, so, I've got more ideas in my head about how to improve this mod. That idea for a new Champion is something I'll talk about, but I've also developed a different idea for another new Champion. I will say that I think they'd both work best as Heavy-class, and they're both hyper-American ultra-patriotic types. Interestingly, neither of them is actually from an IP developed in the United States, though one of them is based on a real life warship. I think I've already spoiled the entirety of that one...

But first, I want to talk about the secondary fire upgrade for the Shotgun, the "Surface Explosive" ability: Honestly, it's kinda counterintuitive to me. It encourages missing your target to get the explosive to go off, but it otherwise only gives a minor damage buff. I just don't much care for the way it works. I've got three ideas and I'd love to see people discuss them, maybe decide which would be best: Now, on to the ideas I've got for new champions: The first comes from Kantai Collection, of all things. The pride of the US Navy, hull designation BB-61, USS Iowa. Her character sprite would depict her as a tall, well-endowed, blonde-haired, blue-eyed woman wearing the default outfit of KanColle's Iowa. She would hold a Browning M1918 BAR in her hands, and would have a Winchester trench shotgun slung onto her back and a leather holster with an M1911A1 sidearm on one hip. She would have a normal maximum Health of 125 and normal maximum Armor of 175. Her abilities would be as follows: The second idea I've got for a new champion comes from the fact that I got Metal Wolf Chaos XD on Steam this last Christmas. That's right, it's the 47th President of the Great United States of America, Michael Wilson. However, due to the relative size of the "Metal Wolf" Mobile Armor, I think it would work better if Michael was depicted wearing a more Iron Man-style suit with design features and colors taken from the default skin from Metal Wolf Chaos. This would include two large, red backpacks full of guns attached to the shoulders of the suit. He would have the same maximum Armor and Health as Iowa, at 125 Health and 175 Armor. Abilities would be as follows: So, anyone have thoughts on these ideas?
Top

Damn cool mod. Once my friends took me there, and now you can't drag me out! It's really fun to play both alone and with friends, so I want to express my gratitude to the creators of the mod for their efforts, and at the same time share something with the community. No one's against it, right? It's a little bit of fanart on the basis of funny situations that happened to me during the game in QCDE with two of my friends.

"Jumper case" (Map: QCDE33 - Silence) - My friend and I were on the same jumper at the same time. Usually this kind of thing ends badly, but this case is characterized by the fact that we were on top of each other. My friend is Doomslayer on top, and I am Sorgaul on the bottom, don't understanding why I can't jump. And for my friend it seems to have been a surprise. It seems that at that moment we did not notice each other or noticed too late, and in the end we were blown up by a third friend with a rocketlauncher. Perhaps the moral of the story is that it's better not to end up on a jumper with someone else. Although sometimes it happens completely by accident. 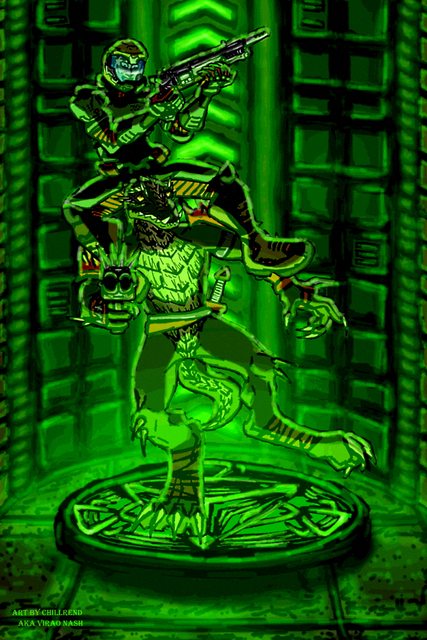 "Familyfriendly BFG" (Map: QCDL01 - Bad place) - I jump on the shelf with the rocketlauncher to get it, and suddenly my friend jumps with me. My friend is pinning me in a corner, and even more - in three walls, and he becomes the fourth wall and is close to me. Standing in front of me, my friend uses the ability of his champion and shoots with BFG literally in my face, but it does almost no damage to me, and in the end my friend is shot by me with a supershotgun. We called this case "familyfriendly BFG" and came up with the idea for this drawing. 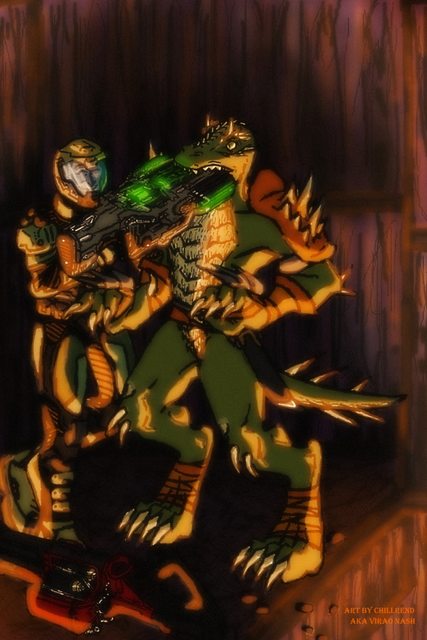 P.S. You may have noticed that Sorgaul doesn't look quite like she does ingame. It's not a mistake, I did it on purpose. You can consider it a stylistic decision. I hope, despite this, the character is recognizable, because I still tried to convey the main features. Both originals (full size, high quality): https://www.artstation.com/artwork/lxXwEk
Top

This mod is amazing!!!!
Top

I cannot believe I forgot this mod even existed. By which I mean it is so freaking cool!

I do experience a minor issue when playin as Lo Wang: no matter how many times I try, I just cannot get Peacock's Blessing to work.

I love the hell out of this mod! I always want to play more, but there are so few servers out there. I'm using zandronum/doomseeker, and there are only 2-3 out there that may randomly appear from time to time and/or have actual humans playing it (most of the time, it's bots). Is zandronum/doomseeker the best way? Anyone have any other suggestions?

Anyway, I hope the developer continues to update it. It really is one of a kind. Thanks if you're reading this, DBThanatos!
Top

I found a bug with the Heretic monster pack. Disciples (I have a feeling it's just the ones summoned by D'sparil, but I'm not sure) still have a chance of dropping claw orbs or Tomes of Power.
Top

I recently released a remake of a Quake1 DM level for Doom2 called The Dark Zone:
shot2.png
https://drive.google.com/file/d/1Rh1anC ... sp=sharing

If you remember it in the original Quake game?
I uploaded it to DW about a month ago but I figured I'd send it your way, if you'd like to put it in QC:DE.
Otherwise I'll just release it as a single DM level.

Cheers
You do not have the required permissions to view the files attached to this post.
Top

btw this is best mod after D4T
Top

QC:DE is one of my favorite gameplay mods for zdoom. QC:DE has my absolute FAVORITE teleport effects ever made. I run a youtube channel where I demo Doom mods and sometimes show how to set things up. A couple months ago, I posted a question here asking how it would be possible to create a teleport mod. This nice guy gave me instructions to create a teleport mod out of QC:DE. I have done so for my own purposes, but I will never upload this file to any website ever. You have my word.

I'm posting here to ask you if you would mind if I made a video showing how to create a teleport mod out of QC:DE. I'm asking because I would understand if you said no. The teleport mod has files that are from the QC:DE mod, and I respect that as being your property. I wanted to ask someone directly involved with this project for permission. I personally wanted a standalone mod for teleporting, because I love to be able to change the teleport effects on any gameplay mod that I want. Anyway, regardless of your answer, thank you for making QC:DE (and everyone involved)! It's awesome!
Top

I have changed my mind with all due respect. I will always love QC:DE, but I have another project in mind for myself. What stands in the way at the moment is my lack of knowledge of scripting, but I'm going to brew some coffee and go on youtube. Pretty much how I learn most things these days. (Really, I was able to change my tail light assembly doing that.)
Top
357 posts