Updated OP with some screenshots of the latest version of the map while you wait. :3
Top

Deleted my other posts to clean up clutter, Also because V2 is now released. Check the OP for all the changes along with some new details. I hope you all enjoy this. I'm not expecting to reignite interest in Ghoul wads or anything, But just make a small tribute to one of the things that got me into Doom modding to begin with. Seriously, Thank you, Cutty.

Another update? Yep, you heard that right. I finally fixed that bug with the Yurei's script getting screwed up if the player went to certain boundries. Along with this, I added a few more ambient sounds, touched and polished up a few things and also replaced the squirrels with rabbits. Why? Well, apparently squirrels aren't found running around at night at all. Oh yeah, The swampy water also shouldn't slow you down to a literal stop anymore, it's also proper deep water much like the glowing pond now.


Along with this, I'm moving onto a new project. One that will be far more ambitious and set out to aim with more of what I originally wanted this project to hold but was unable to pull off due to the limitations of GZDB and the map geometry getting too out of hand. Basically, the Ghoul experience I always wanted, and with this being sort of a soft reboot of sorts: this upcoming mod will take place in fairly present times and will feature enemies you'll have to deal with besides the usual ghoulies.

By the way, Have any of you found that secret weapon yet?

I'll give you a hint - It's somewhere on the edge of the forest.
Top

Just another small update, I didn't think I'd be updating this mod again but hey.

This revision adds in *gasp* actual widescreen weapon sprites for the bow and knife, and the bow even properly bobs now! You no longer have to feel like you are just gliding around the forest floor anymore.
Other additions include new sounds for Clowny, dynamic lights for the Yurei whenever she becomes visible and a few other small touch-ups.
Top

Hi there! Just wanna say I saw this wad when it showed up this Halloween, dunno how I missed it since Ghoul's Forest is also one of the things that got me into modding Doom in the first place

Really great work! It's the perfect update to a classic mod. Not a lot added, but not a lot that needed to be added IMO, just the right amount of polish and atmosphere to a formula that works. I'm especially a fan of the unique resources used, the smooth sprites, and the wonderful sound design. Hope your next project is just as slick!
Top

Hey everyone! Making this remake has taught me a lot of what GZDoom was capable of, and seeing the popularity this was getting: Something I thought would be a nice little send off would be making a mod compatible version for people to play their own weapon packs and player replacements with. I plan to do the same with the original Ghoul 3 as well later down the line, just for people who love making wad-salad. I don't plan to make anymore Ghoul mods, sad to say: as much as I'd love to I'd probably just bog myself with ambition. Something that's kind of happened with all the past attempts I've made at trying to kickstart a standalone Ghoul TC over the years. 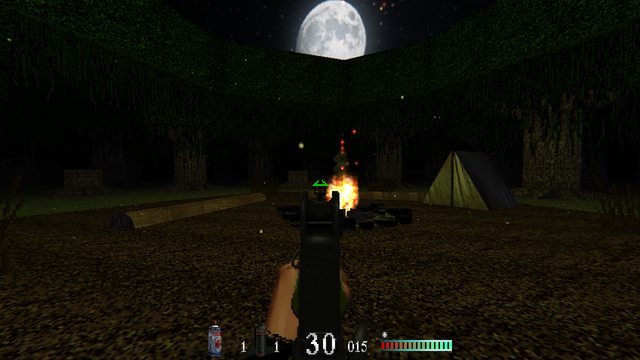 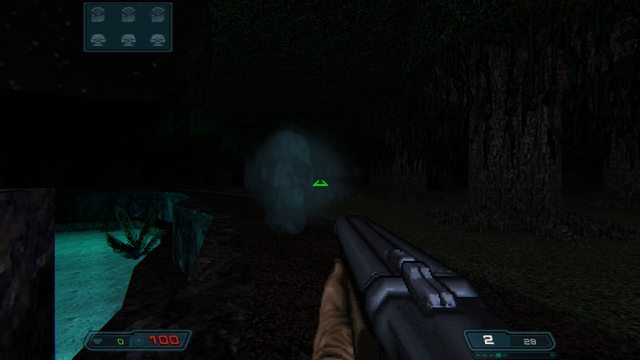 Weapons and ammo are scattered around the map, and some locations and even specific weapon spawns are exclusive to certain difficulties.

I highly recommend playing this with horror or survival themed sets, like Live Through Doom, Hideous Destructor, Xim's GZDoom 3 or Nightshift.
Top
21 posts