also can i ask where you got the "slimy water elemental" and can i use it?

have a map that would be perfect for it.
Top

I put a credits folder in the pk3:

I'm quite happy for you to use it.
Top

Enjay wrote:I put a credits folder in the pk3:

thank you. seriously. i dont mean to kiss ass or anything but youve been a huge help with my entire project. just as far as map ideas and flow of the map to resources (your breaking glass resource and explanations). youve been a big help man.
Top

Glad to be of service.

I've played it a few times on HMP and UV and found all the secrets, it's a great level so I'll say what I thought.

The good:
- Encounters have varied ways the battles go, you can have open ended brawls (area around the yellow key and final area), corridor crawls (areas near elevators) and mixed types (blue key door area and cave area) and the level goes back to old areas and reuses them from new angles.
- I especially liked that when backtracking it didn't become a chore with the new monsters appearing and instead a way to experience the level from a new angle and sometimes if you're unsure where to go, following new monsters is a good way to find your way.
- On that note the soul harvester appearing after the blue door switch was a good idea because some people could miss that.
- The new zombie types were fitting. I think it added a new low-medium level threat and gave a lot of use to the chaingun for dealing with them and it's a gun I don't use very often. It also meant you could keep the threat at the same pace without players getting sick of hordes of vanilla former humans.
- The sound detail was spot on. Great music choice and environment sounds were fitting, you even had reverb in the vents. The spark sound wasn't that one from Quake 2 either.
- I really liked the environment detail you brought out with a limited scope. This map is the best case I can think of where a map made up of brown and grey can be so varied and detailed. The lighting changes and different texture colours/sets for computer panels and occasional 3D objects really brought things out. I especially liked the different metal textures to show destruction in the base.
- Great use of scripts.
- Nice final fight with good balance on both difficulties. Plus I really like boss monsters.
- My favourite encounter was a secret area

Spoiler:
With the BFG and the arch viles.


Other thoughts:
- I couldn't get a get a great deal of use from the rocket launcher because of the space you have and monsters teleporting in making it too risky to use, combined with you having enough ammo for other weapons. Though for players using a mod that turns rockets into grenades (especially hotkey grenades) it would be ok.
- If I could cut one monster, it would be the hellion. I didn't mind him myself but I could see how he doesn't entirely fit with the theme of the map so I see what other players mean when they mention it.
- The slimy water elemental was a great addition and the first meeting was a good setup, I was reminded of the Scarecrows in F.E.A.R Perseus Mandate. Because the water effect of the map is something you wanted to draw player's attention to I'd try to tie it more to the water in theme. Eg: have it's death effect if it's in the water be similar to how it is now but it slowly fades back into the water.
- Or players could spot it in the water by a different kind of shimmering as it moved through it, think of a cross between the spectre and the water monsters from Hexen. It would be easily apparent in the light but in dimness, not so much. This way players are checking out the water and it's effect is more a part of the gameplay mechanics in addition to looking cool. I'm not sure if this is possible to do though, I'm just spitballing a way to show off the water more as by itself it was still a cool monster.
________

Top marks to yourself and all those in the credits.

Your wish is my command

Congratulations to Enjay for the recognition he so richly deserves.
Top

Ooooh. Just catching up with stuff now that my winter break has started. I didn't expect this. Really pleased.

I just fired up Waterlab for a quick look in GZDoom 4.0 and noticed that some of the models looked weirdly lit (something has obviously changed with GZDoom or my settings since the last time that I played this map).

I remembered that the version of Misfit Model 3D that I was using at the time that I made the map creates bad normals (something that I didn't know at the time). So, I quickly ran the models through Npherno's MD3 compiler and fixed them.

Some of the models were intended to look like METAL* plates that had been stacked up around the place and, even with the initial release, they didn't integrate into the game as well as I would have liked (probably because of the bad normals). They now look better than they did at the time of release IMO. 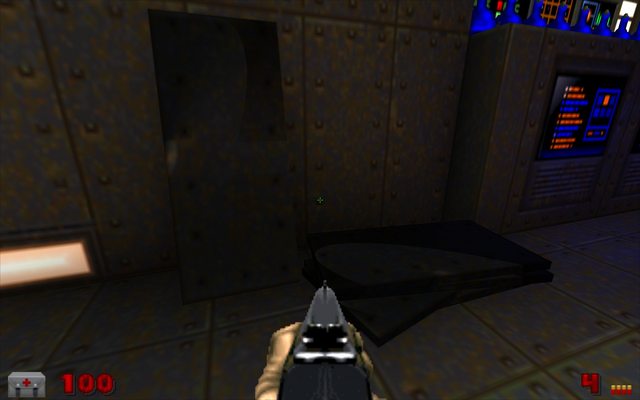 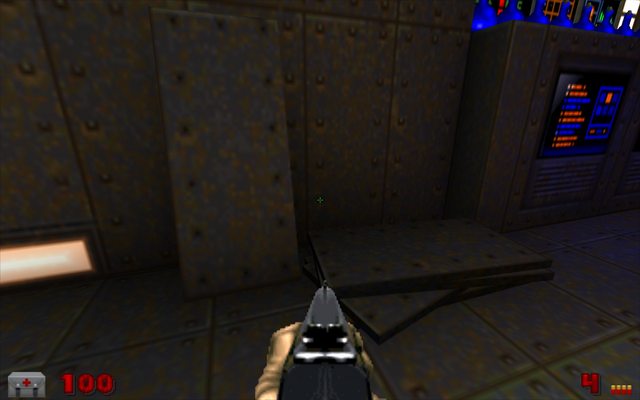 However, this is just a minor update (it's not a model-heavy map by any means) so unless you have a burning need to grab the file, there isn't much point.

It is a shame I can't take screenshots of how this map looks like on a HDR monitor with vk_hdr and bloom on. It looks amazing the way you did the light.

I'm playing thru it rn again and encountered some strange behavior in the first room, I assume it's the same as in Enjay's screenshot. There's 3 armor bonuses placed in front of a computer screen, similar to the row of health bonuses. If I walk directly into them from the front, all three disappear but my armor increases only by one.

Edit: Opened a topic in the bug thread about this.
Top

dpJudas wrote:It is a shame I can't take screenshots of how this map looks like on a HDR monitor with vk_hdr and bloom on. It looks amazing the way you did the light.

I don't have an HDR monitor and I'd really appreciate the opportunity to even get a flavour of how it looks. I spent quite a bit of time placing lights but I have no way of seeing what it looks like with a full HDR set up. It's be nice to see how it turned out. I don't suppose you'd be able to capture enough of the feel of it with even, say, a picture of your monitor from your phone or something would you?
Top

I'm afraid not. For a normal camera to pick it up I'd probably have to exaggerate the effect massively. I guess explaining technically what is going on is probably as close as I can get:

In LDR the colors are in 0-255 range with everything above 255 clamped to 255. If you have the bloom pass on then you can see this clamping effect on stuff like the soulsphere where the detail of it is (unintentionally) damped by the blooming effect added on top. You can see it on the center of fireballs, too. In Waterlab the textures are generally very dark with a few lamps here and there - the bloom pass picks that up and blooms it, but that's about as far as it goes.

In HDR mode the effective allowed range is something like 0-2500. Whenever a value goes above 255 the monitor will generate an even brighter pixel, physically. Because Doom isn't really designed for it (*), I made the GZDoom version such that it will still stay in the 0-255 range and only things that naturally overbright in the engine will go into the HDR domain (dynamic lights, bloom). This generally means fireballs, plasma, and lamps. A lot of the effect comes from the bloom pass as it adds its output on top of the scene, pushing already bright pixels into the overbright.

Anyway, it means for Waterlab the light you placed all appear more bright than they otherwise would and since the map is essentially built around this dark maze with distinctive lights I think it enhances it nicely.

*) I tried just for fun to use the full range in Doom and while it looks sort of cool it is also rather unpleasant for the eyes. Outdoor sky is BRIGHT, physically, and the constant switch between really bright and dark stuff actually began to hurt my eyes. Made me wonder how safe this HDR thing really is.

OK, well thanks for the explanation anyway. I can follow what you said well enough and I can sort of build a mental picture of how it might look.
Top

@Enjay if my short term memory serves me right, the slimy water elemental's sounds are from Strife. It uses the gib sound for its death and the Alienspectre/Entity/Spaceship decorative object breathing as its active sound.
Top
112 posts