Outtagum wrote:If you're still working on this, I wonder if it's possible to add an option to colour the numbers according to the monsters' blood? I use nashgore and I would love to shoot a Caco and see blue numbers fly off as well as, say, green numbers flying off a Hellknight injured by splash damage.

I may tinker with that at some point, though blood color translations are known to be weird, even in ZScript. Having a tri-state switch between "use damagetype colors", "use blood colors", and "always use the color I, the user, specify no matter what, dude" would work for switching between 'em.

For now, I've gone ahead and uploaded v1.0.1, which adds support for non-standard IWADs like Delaweare et.al, and also cut a GitHub Release for the fun of it. It indeed works quite well!

Thanks for considering my suggestion. Version 1.0.1 is now in my Autoload.

I'd like it alot.
It really reminds about World of WarCraft floating damage text xD
Fits perfect in one of my mods.
Keep it up

Is there a possibility you can add text, for gibbing, one hit kills and multi-kills. This could really increase the fun with smart-ass lines for cool kills and skill shots. Imagine that in Multiplayer? 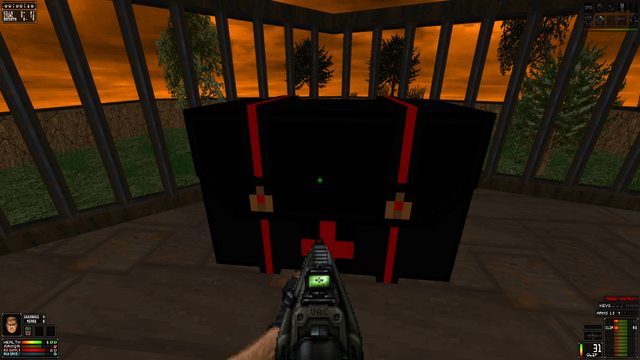 So... your mod does this with PB voxel project. for some... odd reason?
Top

If an enemy has more health than its base health (for example an Imp that normally has 60 HP but has 120 HP via UDMF), that enemy won't spawn DamNums until its current health drops below its base health. You can also observe this with the player character. Simply go into chasecam mode and step onto a damaging floor. If you have ≥ 100 HP, either through Health Bonuses, Soulsphere or a Megasphere, there won't be any numbers until your health drops below 100.
Top

This bug also applies to Legendary monsters in LegenDoom, who are given health values higher than their spawnhealth by a script. It makes the process of identifying legendaries before engaging them a little bit too easy. =P
Top

Hey Xaser, I figured I'd mention that GZDoom 3.7.1 throws up a small warning on startup when this mod is loaded, saying the following:

Just found this. This mod is extremely useful for balancing weapons. Thanks for this.

Heyo! Glad y'all are enjoying it! And thanks for the reports -- finally circled back to this after aeons and released a new version. Link & changelog are in the OP.
Top

Dunno what causes this, but if the player is hit on some maps (discovered this with Joy of Mapping 4 & 5, so it might be because of scripted maps) more than one DamNum appears. e.g. Imp hits the player with a fireball for 6 damage, and two or more 6's are spewing out.

Edit: Didn't test if it has something to do with loading a saved game or of the aforementioned map compilations' built-in pistol start option.
Top

Is it okay to bundle this with my mod? You never mentioned if it was okay to do so.
Top

First, I just want to thank you Xaser for your fantastic work on this mod! I've loaded it practically every time I've played Doom for the last year, and it's greatly improved my experience. I've found it so useful, that I've been making some tweaks to it here and there, that I hope you won't mind me sharing with the community.

Attached is an edited version of DamNums v1.0.2 that adds the following:
I setup the default configuration for the new features based mostly on my own play of Brutal Doom/Project Brutality, so it'll likely need some tweaking to look good with vanilla or other wads. I tried to make as much as I could configurable through the ingame menu so people can configure these features to their needs.

Thanks again for your great work! These tweaks were only easy to make because of the solid foundation you laid.
You do not have the required permissions to view the files attached to this post.
Top

Tony, this is awesome.
I especially like the feature that makes big damage numbers bigger.
Top
96 posts