The idea's been vaguely mentioned before, but it's probably worth opening up a separate discussion channel, so...

Now that ZScript is a thing, there's way less burden on the developers to implement certain types of new features since a vast amount of things that previously required engine development can now be DIY'd in scripting. 'Course, that also means that the burden is now on us as a community to implement these things, and there's liable to be many common problems that folks will wish to solve in script-land.

The Idea: a quasi-official ZScript "Standard Library" would be a cool community project to undertake at some point, and I'm interested to hear what ideas folks may have for such a thing, just to get the ball rolling. I've got a few ideas I'll jot down myself at some point (standardized reloading and synthfire, for instance), but mostly I wanted to open the door for brainstorming.

As a quick word of warning, I'd advise folks interested in actually writing such a library to exercise caution before jumping headlong into things. Doing this correctly is a non-trivial undertaking -- there needs to be a clean, well-documented API and sane versioning/release scheduling, else folks will try and axe-murder you when you publish a version that breaks everything.

How about a modified item grab function replicating stuff like Smart Scavenger? E.g., you have 47 shells, you move over a shellbox, you know have 50 shells -- but the shellbox is still there and will give up to a full 17 shells the next time. Having such an override function ready to be plugged in would be useful. Same for medikits and why not armors.
Top

I've been preparing a set of minimal ZScript demo WAD set. :D Here's what I have so far:

A radial "hitscan" function would be incredibly useful, something that automatically spawns a single puff on any shootable actor within the radius (sight check optional).
Top

Xaser wrote:As a quick word of warning, I'd advise folks interested in actually writing such a library to exercise caution before jumping headlong into things. Doing this correctly is a non-trivial undertaking -- there needs to be a clean, well-documented API and sane versioning/release scheduling, else folks will try and axe-murder you when you publish a version that breaks everything.

Structs and/or classes with static functions aught to be fine. For example I use the struct TIterator to ease creation of ThinkerIterator so I can stop looking it up so much.

Note this is moreso tailed towards what I need it for so a lot of stuff can be left out.

Attach an object to another at certain offset, and angle, relative or absolute.
Copy properties from one actor to another, provided one is subclass of another, that's it, they are assignment-compatible. Create a copy of an actor.
Provide an alternative actor flag system where multiple sources of a flag would work with each other independently. So if two things make an actor invulnerable, removing one doesn't cancel the other.
Top

I don't think that I am talented enough to write anything meaningful, but I fully support the idea of this script library. It makes a lot of sense and, if it takes off, I'm sure it will be very useful to a lot of people (myself included). I also suspect that the best/most useful/most frequently used might find their way into official support as part of a library within gzdoom.pk3.
Top

Enjay wrote:I also suspect that the best/most useful/most frequently used might find their way into official support as part of a library within gzdoom.pk3.

That is unlikely. Remember the problem you had compiling Stronghold after official sqrt support was added?

Unless Graf can find a way to create exceptions for said library (where GZDoom overrides the library's internal functions instead of erroring out) I don't think it's likely anything will be added in. Unless - of course - said library was careful to prefix its function names, i.e. "ZComLib_FunctionName" etc - whereas GZDoom could opt to omit those prefixes.
Top

Fair enough. That makes sense. I hadn't really considered the technical/conflict implications of such a thing. I was just sort of thinking out loud that if someone created a particular code-pointer-like function that was clearly pretty universally useful, that such a thing might be a possible candidate for official inclusion.
Top

If someone wants to have that happen, then using prefixes would be a very good idea. Among other things, that would also prevent name clashes when someone actually does, later on, implement a function on their own in their own mod that also uses this library, but would later break because this library picked up on that function and the modder updated it.
Top

Yeah, I'd absolutely advocate using a prefix -- or a namespace if that indeed becomes a proper thing following Graf's type system overhaul.

Speaking of, even though this is the bikesheddiest sub-topic, I'm thinking of what to name such a thing. I'd originally imagined calling the library "XT" (for XTended or some shiz) just to give all the functions a nice "XT_" prefix, but something like ZTL (reference to C++'s STL) or SZL (Standard ZScript Library) are obvious-maybes as well.

Either way, a ton of cool ideas thus far! That radial hitscan bit reminds me I've always wanted to make something like "A_ArcAttack" which melees all enemies within a cone, for better sword-y weapons and such. So that's on the mental tally as well.
Top

I'll see if I can supply a smooth transitioning from-one-spot-to-another using a sine wave, going from position A to B. Gonna be a little tricky...

Also, I say make it absolutely mandatory that authors of code exhaust themselves at documenting their functions and features. To this day I still look at all the undocumented zscript code and ask myself "What the hell does this even do?"
Top

Major Cooke wrote:Also, I say make it absolutely mandatory that authors of code exhaust themselves at documenting their functions and features. To this day I still look at all the undocumented zscript code and ask myself "What the hell does this even do?"

Time to get researching! The world is counting on you! You are our second most knowledgeable person on the subject!

Except about that last part...

I tried escaping that responsibility with my trusty steed. 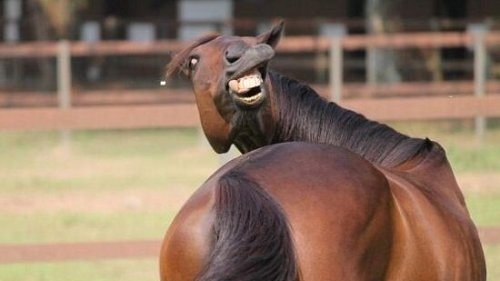 But he got into the horse nip. I'm going nowhere except a hospital if I even try to get on him.
Top
120 posts