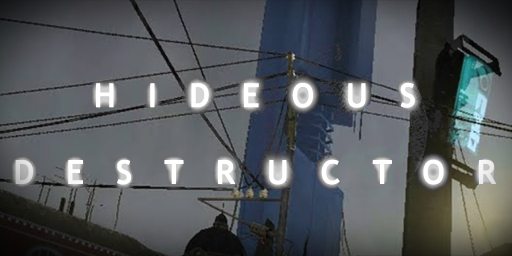 These addons replaces weapon sprites, item sprites, and sounds in the "Hideous Destructor" mod with ones that are themed after Half-Life 2 and its episodes. These addons act as just simple asset replacements, and does not add new weapons or alter coding. 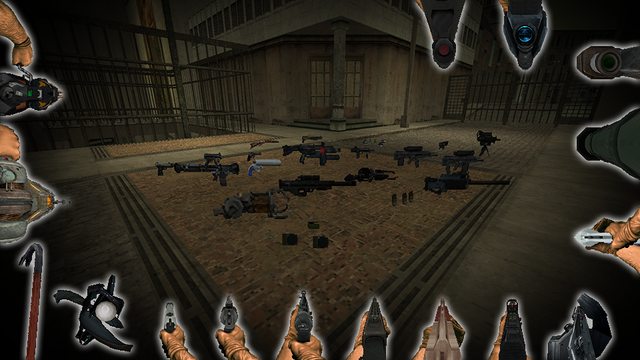 Hey man, I had an idea. When you're done with your next weapon project, do you think you could do a set of weapons from/inspired by the doom movie?
Top

Or maybe Cry of Fear? I'd love to play with those guns in HDest.
Top

wisezombiekiller wrote:Hey man, I had an idea. When you're done with your next weapon project, do you think you could do a set of weapons from/inspired by the doom movie?

EddieMann wrote:Or maybe Cry of Fear? I'd love to play with those guns in HDest.

Not enough weapons to fill HDest's roster, especially since it also has multiple scifi guns in the mix. Same for CoF. I wouldn't even know how to modelshot the revolver that has FIVE ROUNDS in it instead of 6.

Anyways, updated the D64 pack to add an expansion pack that includes things like props and more item pickups. Also included is an enemy reskin pack with TEXTURES used so that the original resolution could be kept without compromising detail for correct radius sizes (was a bit tricky to cobble up, SLADE wasn't being helpful at all in the process, needing to pick things one-by-one). Still a bit experimental, I haven't ran through a whole mapset with them yet, I'm sure that some hiccups might happen with those.
Top 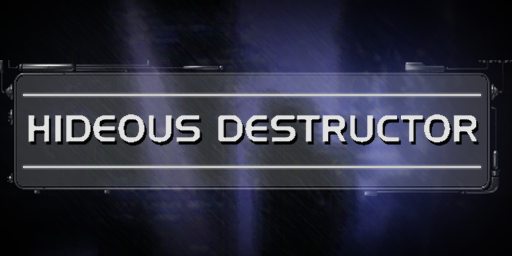 These addons replaces weapon sprites, item sprites, and sounds in the "Hideous Destructor" mod with ones that are themed after Deus Ex (and a little bit of Human Revolution). Same rules as above. Best combined with cyber_cool's JC Denton player skin. 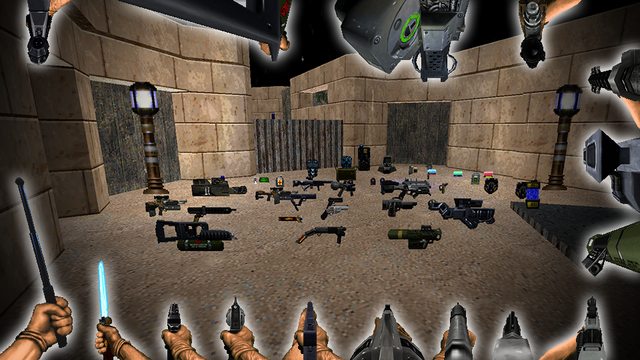 Hey man, I have a suggestion.
Can you at least consider a Vietnam set?
(with model rips from Heart of Evil for some visual variety with the hands)
Thanks

No. A good chunk of them are already filled in with the PA set + Variant S and the M60 Vulc, anyways.
Top 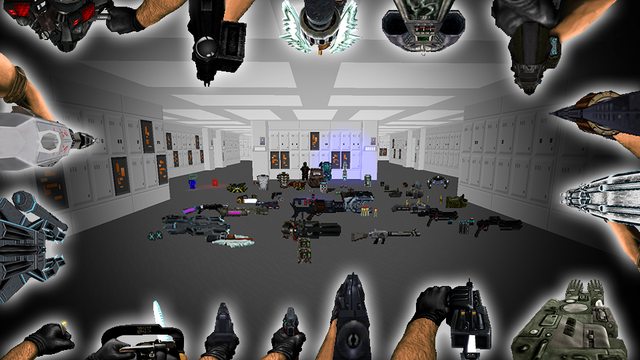 Updated my Space pack after aeons of not doing anything to the thing. New things include proper revolver reskin replacement, boatload of item pickups, brightmaps for the whole lot, new sounds for the chainlightsaw, and also new key (both cards and skulls) reskins.
Top

Your addons are one of the reasons why I got into HDest. Just wanted to show my support and say keep up the good work :P

That being said, I do have one idea: How about a Halo weapons set?
Top

I don't play Halo much to know enough which guns fit with which HDest equivalent. That said, I did have the M6D and the MA5B in the Other Addons section.
Top

Welp, looks like I've finally run out of spoiler tags for the first post. Golly. I've made quite a fair bit of addons, it seems.
Oh, well. Time to add another one. This one'll be unspoilered in the first post, so, sorry if it's not as tidy as before. 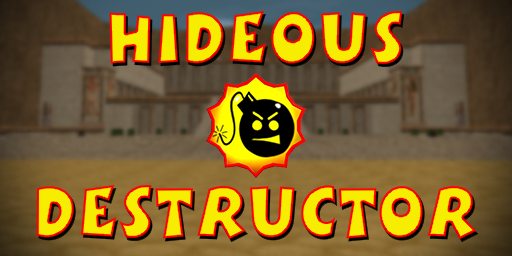 These addons replaces weapon sprites, item sprites, and sounds in the "Hideous Destructor" mod with ones that are themed after Serious Sam (atleast up to the third game). Same rules as always. 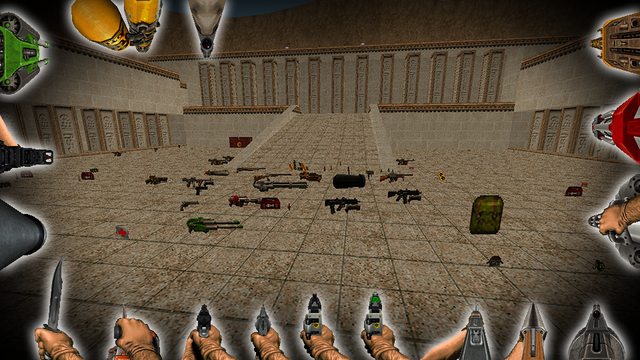 Been a while since I last did a major one, but it's no reskin set this time. Ooooh, no. Today's major release is a player skin pack! 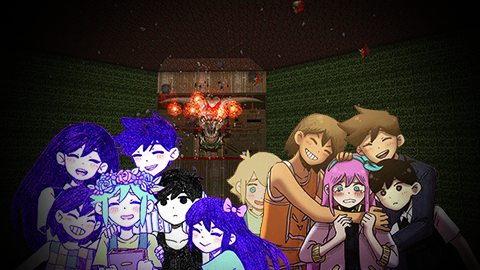 An addon that provides 11 player skins for Hideous Destructor based from the RPGMaker game, Omori. All of them have unique mugshots, taunts, and melee sprites, though unfortunately player sprites couldn't be fully replaced. Anyone from Headspace'll have a sketchy marine sprite look while Realworld skins'll just use the regular marine sprites. Omori in particular only comes in black and white, no translatable player color unlike the other Headspace characters.


Spoiler:
Every single thing in the Graphics and Sounds folder
====

Player sprites for Omori and the Headspace gang
====

A minor one here, but a proper custom coded one. It's no little reskin or sound addon, more a full on weapon addon. 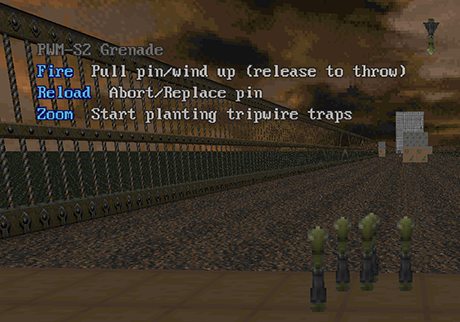 Before the war with the Tyrant began, shadowy organizations from all over the world has fought for total control. Development in weapons technology and their manufacture done in secrecy while causing untold casualties has resulted in humanity having an equal edge with the demons when they arrived. And with the invasion, those very shadow organizations have enacted a tense but needed ceasefire, combining their efforts to designing weapons specifically to battle these demons.

One of such weapons is the PWM-S2 (Panzerwurfmine-Silent Storm). Codenamed from a famous joint operation between Allied Special Operations-SE2 and Axis Abwehr Section 2, an extremely rare occasion under WW2, the weapon is designed for urban use against heavily armored and shielded demons in civilian territories where the innocent could be hurt by regular rockets that UAC armed forces use. Its throwable profile allows it to be used without the need of a special launcher, and the nature of the weapon could be taken advantage of by soldiers throwing it through elevated or underleveled platforms.

However, care will still need to be taken in its use. Being a shaped charge, the grenade requires heavy stabilization in order to remain front-toward-enemy, not to mention it having an impact fuze rather than a timed one. Soldiers using it must be highly trained in grenade throwing to ensure direct hit is made with the aforementioned armored enemy, as even a slight miss will reduce the weapon's effectiveness severely, if not completely.

This enemy is not worth my training!

Modelshots based off of the PWM-1 from Silent Storm (& its expansion, Sentinels)
Nival Interactive

Very likely a stock sound, but I nicked it from S2, so...
Nival Interactive 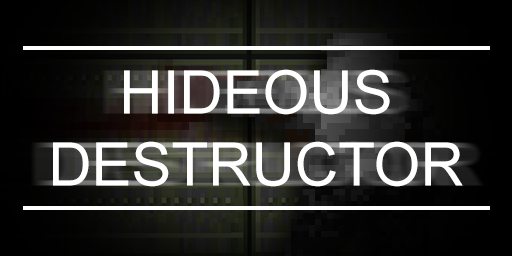 These addons replaces weapon sprites, item sprites, crosshair graphics, and sounds in the "Hideous Destructor" mod with ones that are themed after Cry of Fear (with various other components filled in by Afraid of Monsters and its Director's Cut version). Same rules as always. Also comes with a separate player skin addon. Only Simon has proper custom player sprites, both the Doctor and Polis only has custom mugs and sounds.

Decided to try cobbling up custom sights for this one, since it's pretty simple. Only comes in red, though. Might wanna change your crosshairs color to red to match the rest if it's different. Separated the lot from the main pack incase people wanna run these with vanilla/other HDest addons. 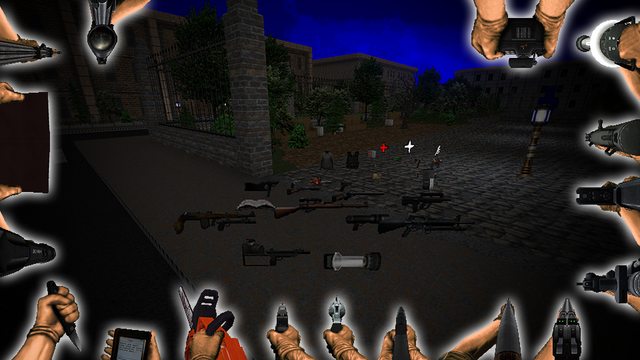