Please don't put requests here! They have their own forum --> here. Thank you!
58 posts

Loving the look of them Painkiller textures! Almost feel like making a mapset with them...
Top

RailedRobin wrote:So, I got inspired by this thread and just converted all the textures from American McGee's Alice to .png. Do you want me to send them to you, so you can add them however you like?

Only problem is I had to convert them from tfx to tga to png, and they lost the transparency in the process... Don't really know how to fix that other than correcting the individual textures.

Hey RailedRobin thanks for the interest, if you like you may add here or pm your textures, but if I am not wrong I am nearly done witg AMGA textures. Best way to convert them is via Dragon UnPacker, just tga from png and most of all textures will be fine. Fixing each texture would be very painful though, so I am not sure how much of your pack will be useful for that. Mind you that AMGA tx are planned to be added as request on r667 on my end too

MFG38 wrote:Loving the look of them Painkiller textures! Almost feel like making a mapset with them...

Happy that those sets inspire someone, there is great stuff there and took a huge amount of time to upload them on imgur
Top

How come the Painkiller textures are in .jpg format though? IMO that makes them essentially unusable.
Top

Uploading pngs on imgur would have required weeks with my bad connection (at its time), plus I don't remember exactly but ripping them from the game was a bit tricky and I guess I kept them as they were (not sure yet, I may dig the pack again and rework it, this time uploading on my googledrive but don't know if this will happen since I am busy with Blade of Agony and real life)
Although jpegs doesn't mean that textures are unusuable, not true. Only those who have alpha channel may have been broken, but most of these textures which had alpha channel were models skins
Top

JPG is a lossy format, which means it inevitably will result in a blurry, worse quality texture. If your bandwidth is bad, I could try ripping the game for you and posting a link here, provided you tell me which tools you use and which game version you ripped it from (I'm assuming the black edition?)
Top

Well, if you almost got all the textures already I'll let you do your thing. But how did you get them in tga as first step? I used the steam version of the game, that comes with Madness Returns, and all the textures in that pack were in tfx format. Is Dragon Unpacker able to view the files that way?
Top

@Dynamo - Still busy with BoA development and real life so atm can't tell you exactly what tool I have used, maybe it was Game Extractor, but yes the game was BE

The BUILD Engine rip is missing the incredible William Shatner's Tekwar. Any chance this could be added so I can complete the set? Thanks.
Top

You are right, how did I miss that wonderful masterpiece? Link updated on OP
Top

Update the OP again after months, recently 4 texture packs have been added on Realm667 so I had to update with new links... More will come after Blade of Agony, stay tuned modders!
Top

I totally forgot this thread, so instead to build up separate threads (unless they are for a big game), I will update this one with new additions, which will come soon. Added recent rips to the list and changed thread title. Have fun.
Top

Added DR BRAIN: ACTION REACTION rips, not exactly cool ones but hey it is a UE1 game and I must rip and tear it. Check them main OP list for the link (no extrnal thread this time)
Top 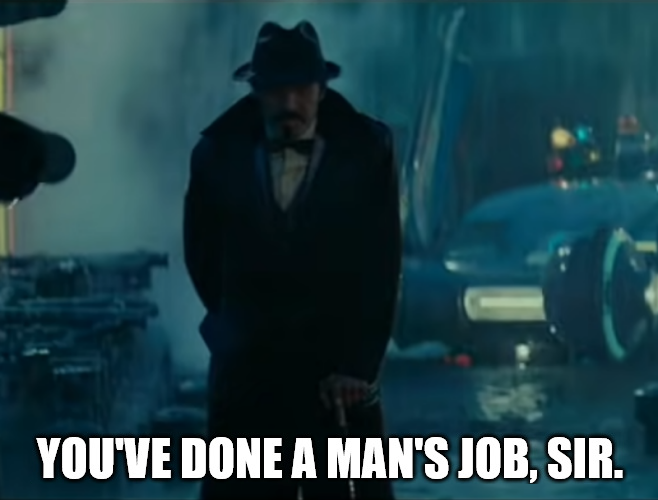 If you ever feel the urge to look at Requiem: Avenging Angel, I am sure there will be some nice stuff in there too. The sounds, as I recall, are pretty easy to grab but the textures are another matter.
Top

Enjay wrote: If you ever feel the urge to look at Requiem: Avenging Angel, I am sure there will be some nice stuff in there too. The sounds, as I recall, are pretty easy to grab but the textures are another matter.

Ahaha thank you Enjay, and yes I even remember how hard it was to rip out R:AA, since it used its kind of engine. I have read on one of your old threads that you managed to rip sounds but no luck with Dragon or Hyper, but mmh maybe I have something that could work... Atm I have installed the game (GoG edition the one I have), let's see if I'll come up with something.

PS: Had to remove the Blalde Runner image from the quote since I am not allowed to include img links in my posts

PPS: I have found meanwhile a mod for Quake 4 that should have been an attempt to make a TC from the game, but pretty sure textures there are not the original ones
Last edited by Ozymandias81 on Thu May 19, 2022 2:05 pm, edited 1 time in total.
Top

I'll be interested to see if you manage to come up with anything. It's been a long time since I looked at it, but everything I tried failed.

I was also aware of that TC. I remember looking at it years ago. I think you are correct though: it's a recreation rather than something using the original resources. It looks as if it was going to be good but no activity for 13 years by the look of it.

Speaking of Blade Runner, this is absolutely coincidental. viewtopic.php?f=12&t=75381 I didn't know about that when I made my post here.
Top
58 posts