Looks cool! Nice looking, and not completely a slaughtermap thankfully from the looks of it

If I can make a minor request though? Could Not Too Rough difficulty be gauged towards hideous destructor difficulty, assuming you make difficulty settings have different spawns? Very few recent maps work well for hd, which is a shame imo. Not sure if theres any way to make that possible or not, but damn it would be appreciated.

Doubt that will actually happen at this point, but I figure asking can't hurt...
Top

Ehh... Hideous Destructor really doesn't go out of its way to be anyhow compatible with wads in terms of difficulty. If I'd gear it like that, then Not Too Rough would be too easy when not playing HD.


Endless123 wrote:when do you think you'll be able to release a demo of some sort?

I really don't know. I'll try get something playable sometime though.
Top

Did someone say space stations? I don't think so but anyway 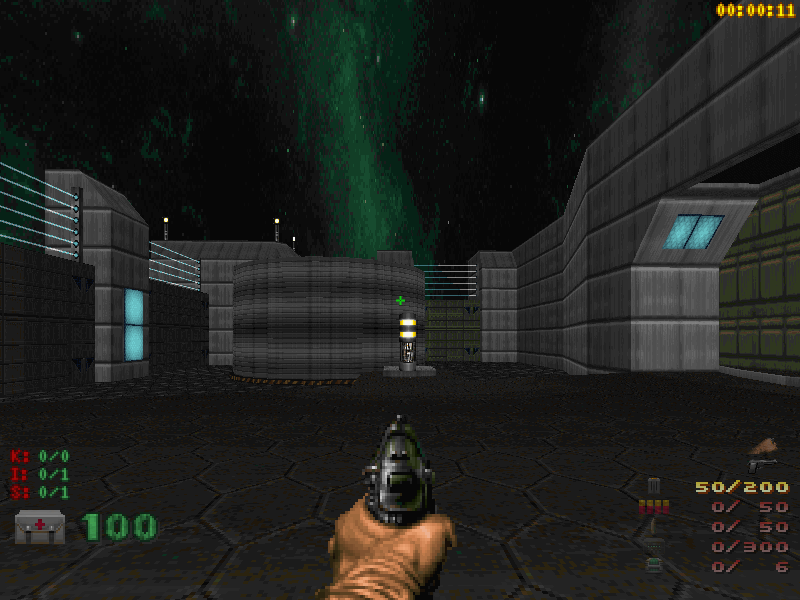 Your maps look AMAZING and i really hope you finish this WAD someday!
Top

Mumble, it's not really fair for someone to cater their mapset to a certain gameplay mod when it's focused around classic vanilla. plus these recent movement additions really round HD out for A TON of previously unplayable mapsets IMO

Loving the pics nightfall. Going to be quite a treat once it gets finished.
Top

Thanks for the compliments.

There's some minor changes to the vanilla weapons, primarily the pistol isn't as useless, to keep early maps from being a drag. There will probably be custom weapons in the bunch (at least per-episode BFG replacements). I'll figure out something to make it work with mods though.
Top

So alright this is actually moving forward, very slowly but anyway. I'm trying to focus on getting episode 2 out of the door, try get the rest done sometime later. Right now it's 2 out of 8 maps finished, perhaps there can actually be a release someday. Nightfall wrote:So alright this is actually moving forward, very slowly but anyway. I'm trying to focus on getting episode 2 out of the door, try get the rest done sometime later. Right now it's 2 out of 8 maps finished, perhaps there can actually be a release someday.

Wow. These look beautiful. especially the waterfalls in the 2nd shot.
Top

My favorite shot was the demonic tower under construction. Now I can't decide which to love more.

I'm looking as far as a telescope can go for this. Take all the time you need though.

Abba Zabba wrote:If there's anything I'm a sucker for it's cool, expansive alien skies. And large open areas. AND not to mention the great level design I'm seeing already in the screenshots.

I'm a sucker for episodic mapsets, always invokes that DOOM 1 vibe which is a good thing.

Those screenies look awesome, modern and expansive; but not super overdone!
I'll defs be keeping a close watch on this one.
Top

Can't wait for its release. I think this will be perfect if played with Metroid: Dreadnought

I know that I said the same thing 5 years ago but I'm trying to get something playable out as far as this goes. I don't have a lot of new areas to show since at this point I'm polishing up existing material.
It's fun to have stuff to show screenshots of, but it's proven to be a lot easier said than done to get all that into something that can be started, played through with interesting battles and exited in a finite amount of time.

Nevertheless here are some more screenshots. I know I'd be bummed to see a project update without screenshots. 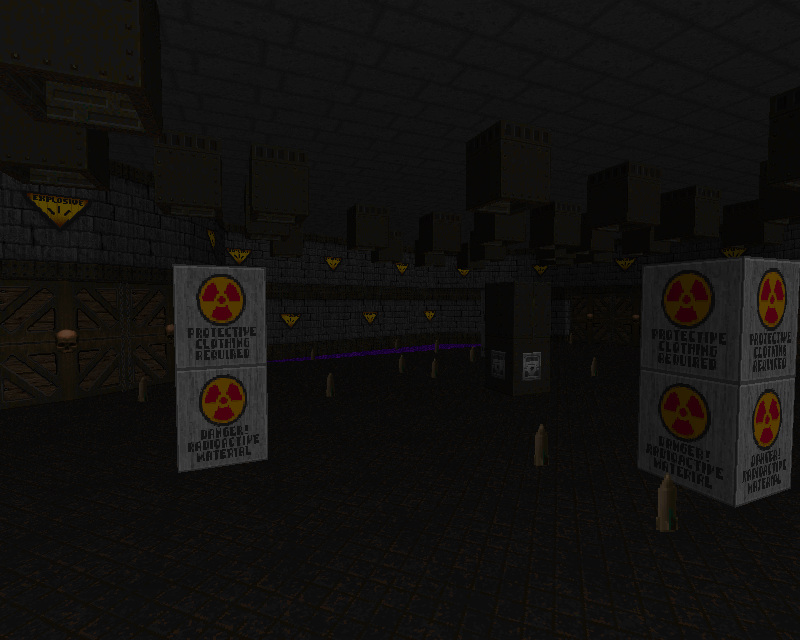 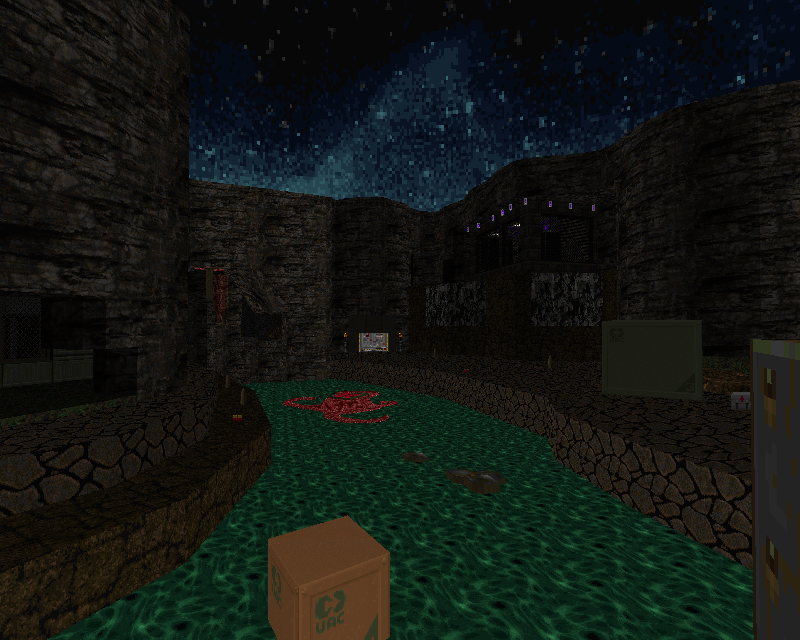 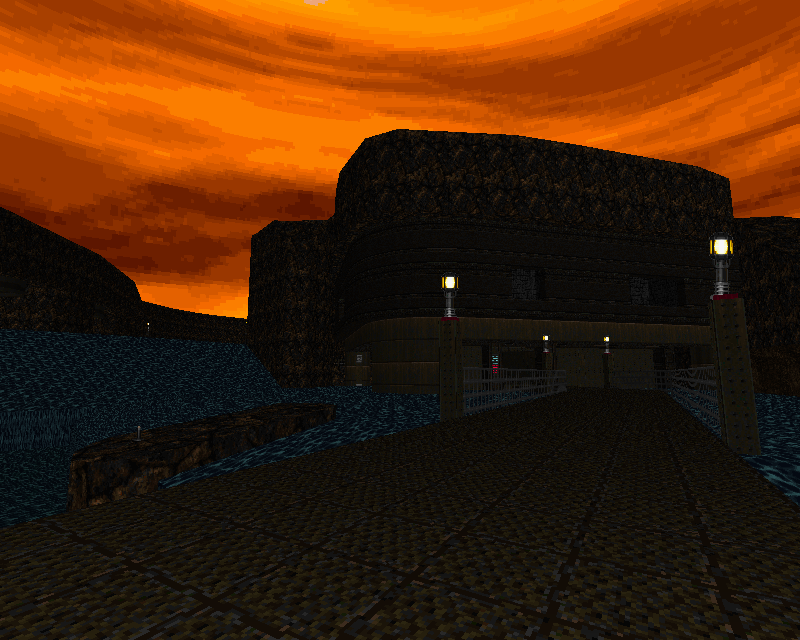 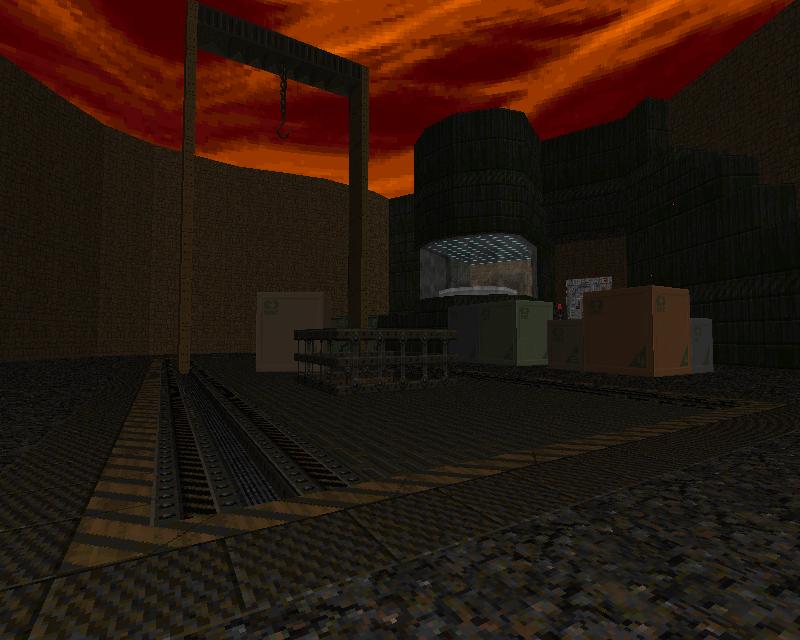 How complete is the mapset? Can you give us a rough estimate?
Top
34 posts