Will DLC be located in Slovakia? ;P
Kidding aside, very nice work, kudos for all those voxels, even if I remember some of them from elsewhere. You can never overutilize them too much in Doom.

I hope you will keep software renderer compatibility, because I think its gritty look nicely supplements post-apocalyptic mood.
Do you want to make it bit more survival-like and implement weapon degradation?
Top

How RPG is this RPG? I see no sign of a leveling/character building system or an inventory system.
Top

I'm glad I'm not the only one doing OW-stuff in Doom. It does work surprisingly well for an engine like this. You just need to know what you're doing.
Looking at these screenshots, I came to realize how surreal and weird my style of making maps is.
Top

Woolie: Well, I mean that the game will be rpg-like, in the way how rpg's are played ... so more open world with exploration, rather than classic doom straghforward action.

I have not yet created any implementation of rpg leveling system.

The invetory system is already included, I'm sticking to what is already in gzdoom engine. So the inventory is very basic.

badhustlex: Well, when I'm making maps, I always want the map to be so/realistic as possible. So when I am creating a city based map, the dirst purpose is that it should look as a city where people normally live/lived. I just like realism, even if it is little bit again gameplay fun. Well, life is not always fun

patrik: Well, I'm open to ideas. But I have evaluated how much time I spent on this and I can say that I have a year and a half of work ahead. So This is very early WIP.
But since I'm located in western Czech, I really don't know much of Slovakia. So I can send you my backgrounds and stuff and you can try to make something yourself. I have yet created in past few years some background story and world.
Top

Hi people, I was playing with pixelart over the weekend and stitched up a new player skin. It's very basic, the helmet is too bright, so I have to tune it up a bit. Or, if anyone would lend a helping hand with shading the helm, I would be happy. Shading is not my cup of tea...

The body is modification of rebel from strife, downloaded from Epidermis Emporium.
Top

I have implemented a simple, strife-like RPG system. Levelling up will grant player a raised health, speed and damagefactor.
Here is the script. It's really simple, and I think it could be done better. Especially the raising of players properties is little cramped, os if anyone would help me with this, I'll be happy.

Hi guys, I'm back with some new screens from a brand new map.
The map is former military base, noe serving as a Ranger base. The Rangers is a group of so-called protectors of peace and law in the wastes. They found and settled an old abandoned military base. Here they found some valuable technology they ar using. The player is called to the base as a first part of the story (still under heavy WIP).

For the development; I'm have yet created almost 90% of the voxel models as a replacement for static (and some animated) sprites. So most of the static objects will be voxel based. Weapon pickups are voxel based. Inventory item pickups are voxel based.
For the pickups - I have found beatiful flamer tower on the realm667. One day I get an idea, like what about voxelizing the game model (which is sprite). The animationion was a harsh - basically, animating a voxel in zdoom is basically the same as animating a sprite - so one frame for each picture...which means one voxel model for each tick. Long story short, it works perfectly, especially for the flamer tower. The same thing I didi for electro pod grenade from realm667. I'll pack it and send it over to tormentor, so anyone can use it.

Now for the pics: 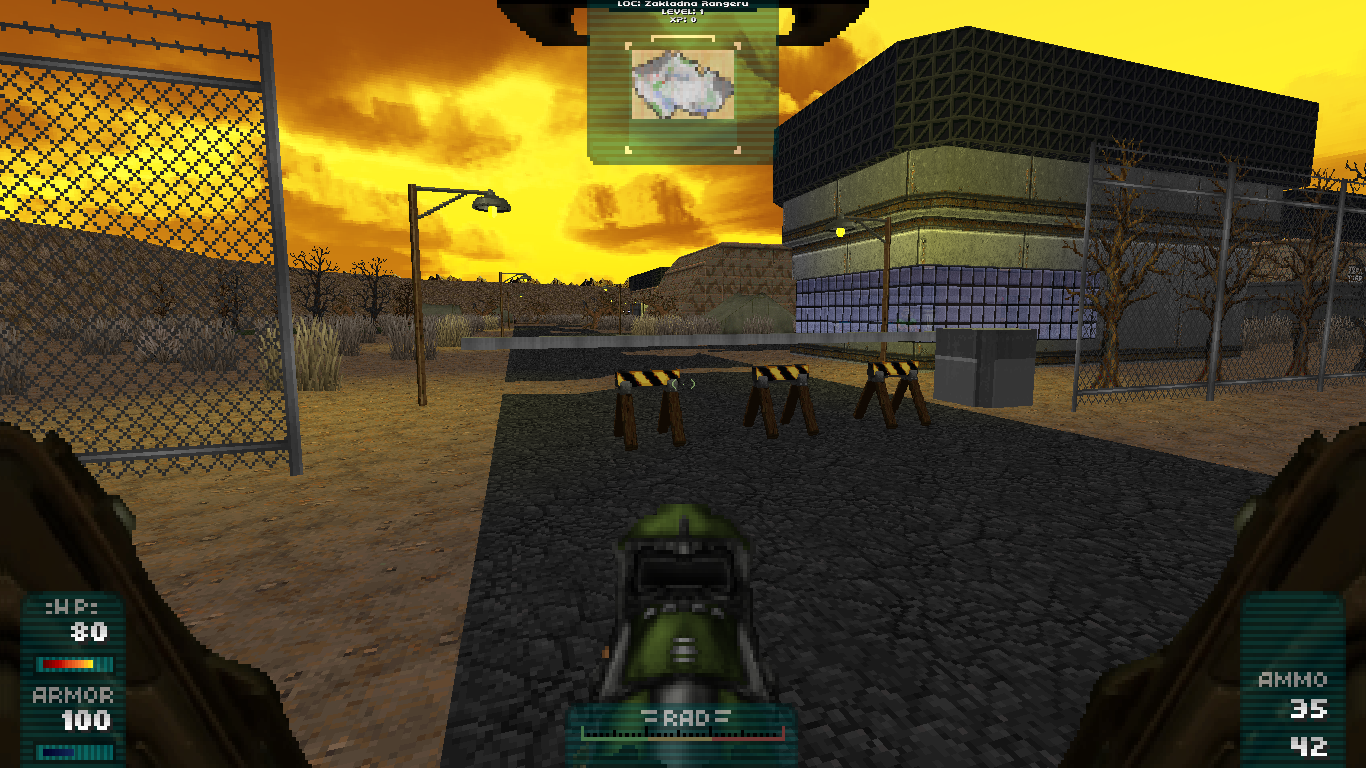 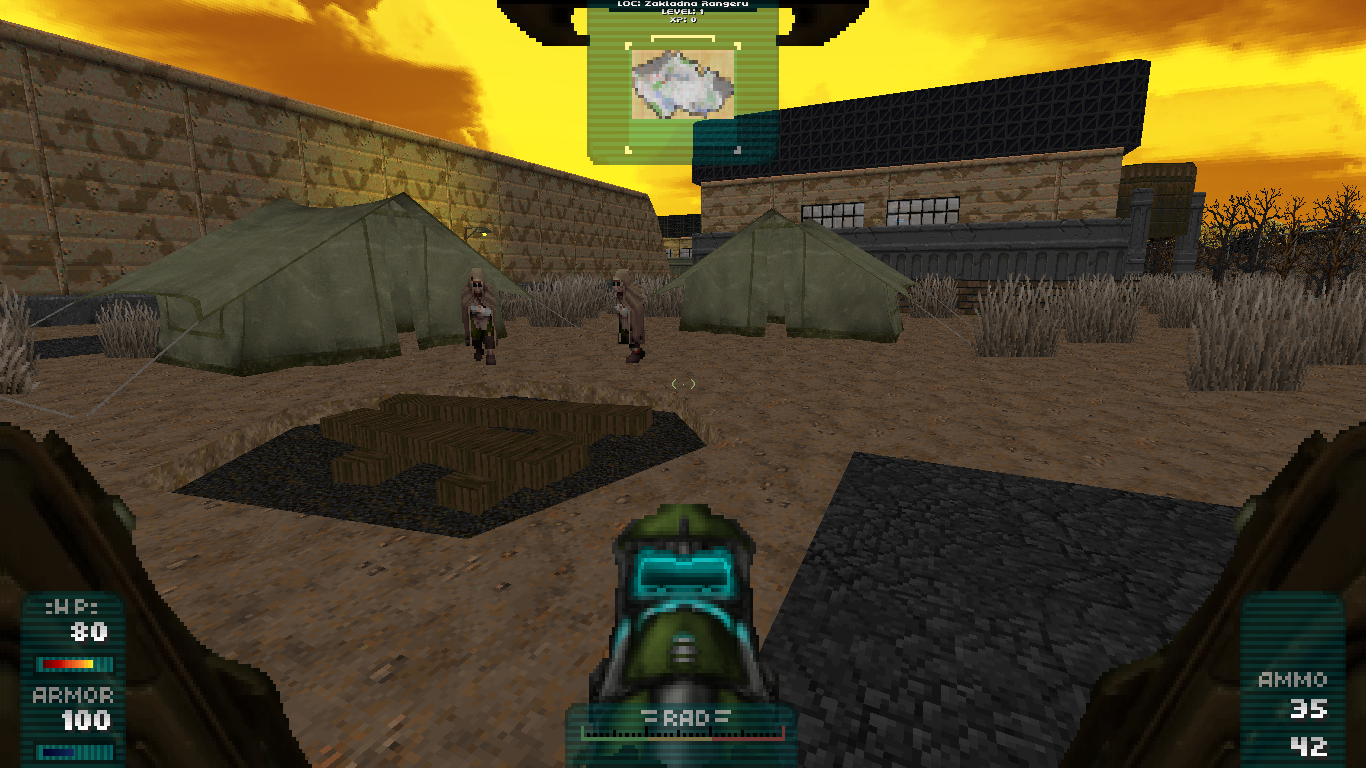 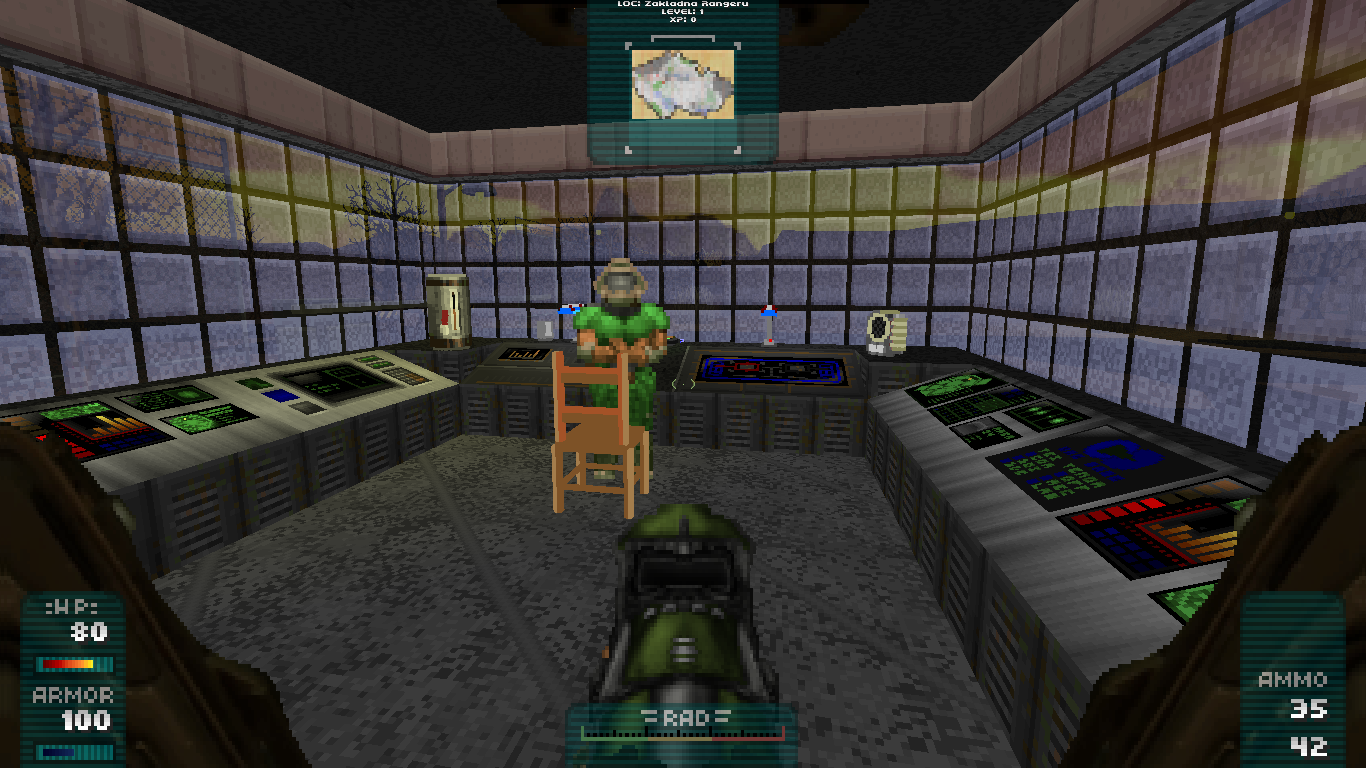 I have implemented the strife animated doors. Even if the wiki says the animated door does not work...well, it does. I just can't change the opening&closing sound, but nevermind. 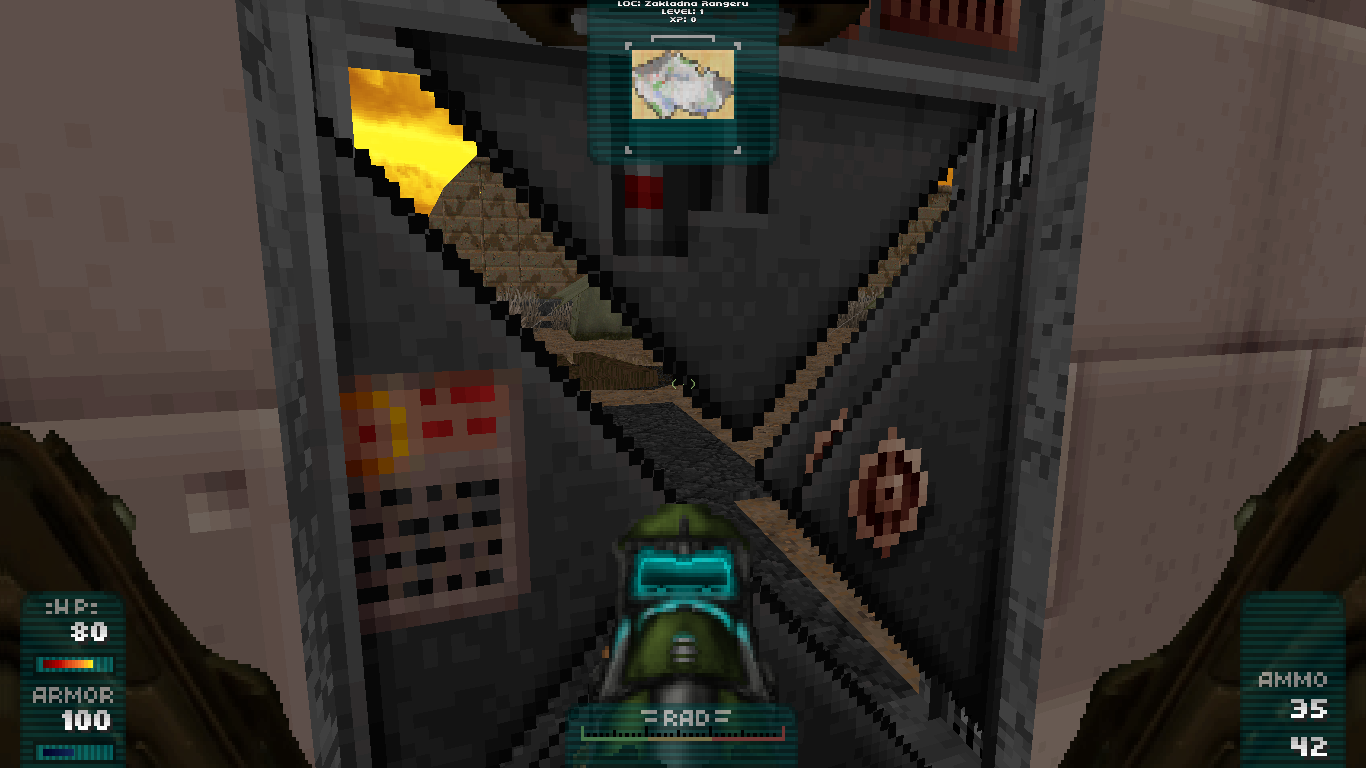 Some cracked asphalt road. Someone can notice the lights are looking like ones used in Wolfendoom. Well, I used the light from wolfendoom as a base for voxel model. So if tormentor wants, I cant send him the lamp voxel model with decorate and gldefs. 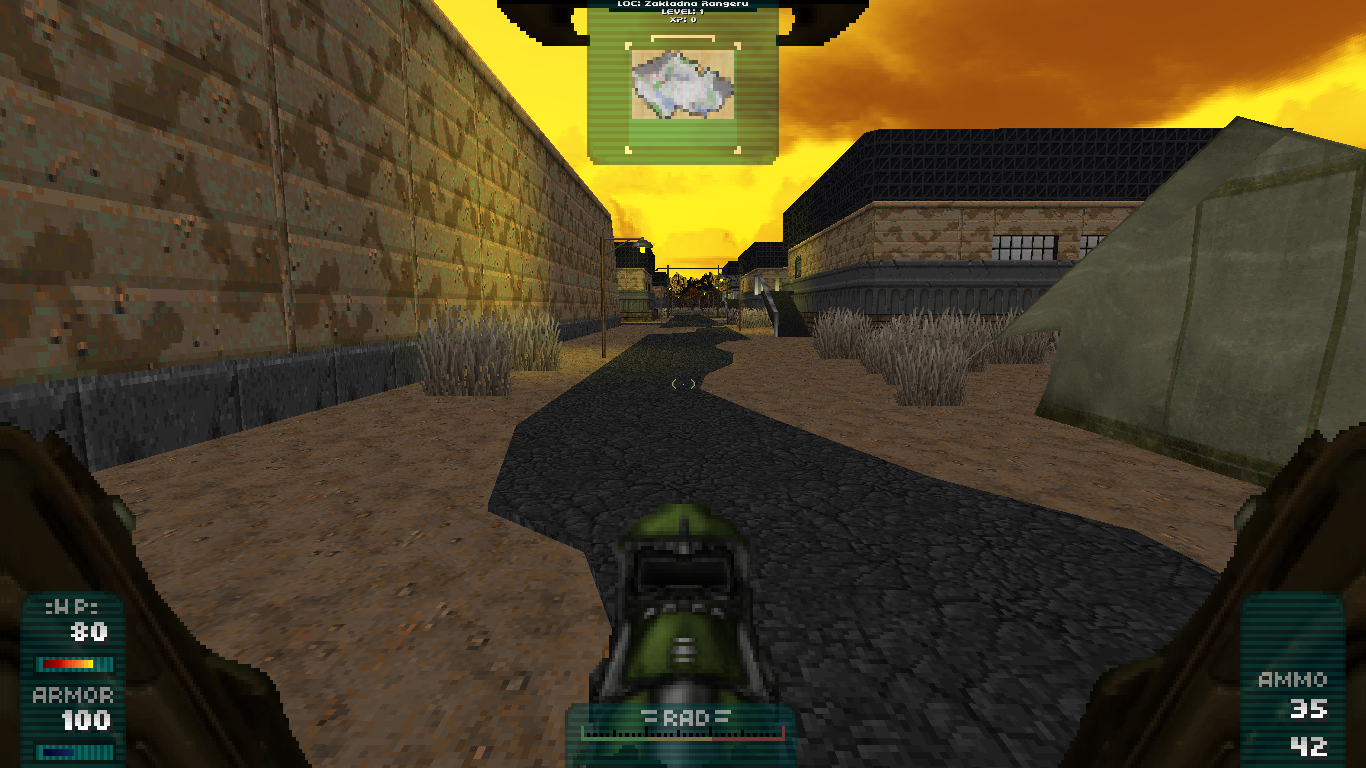 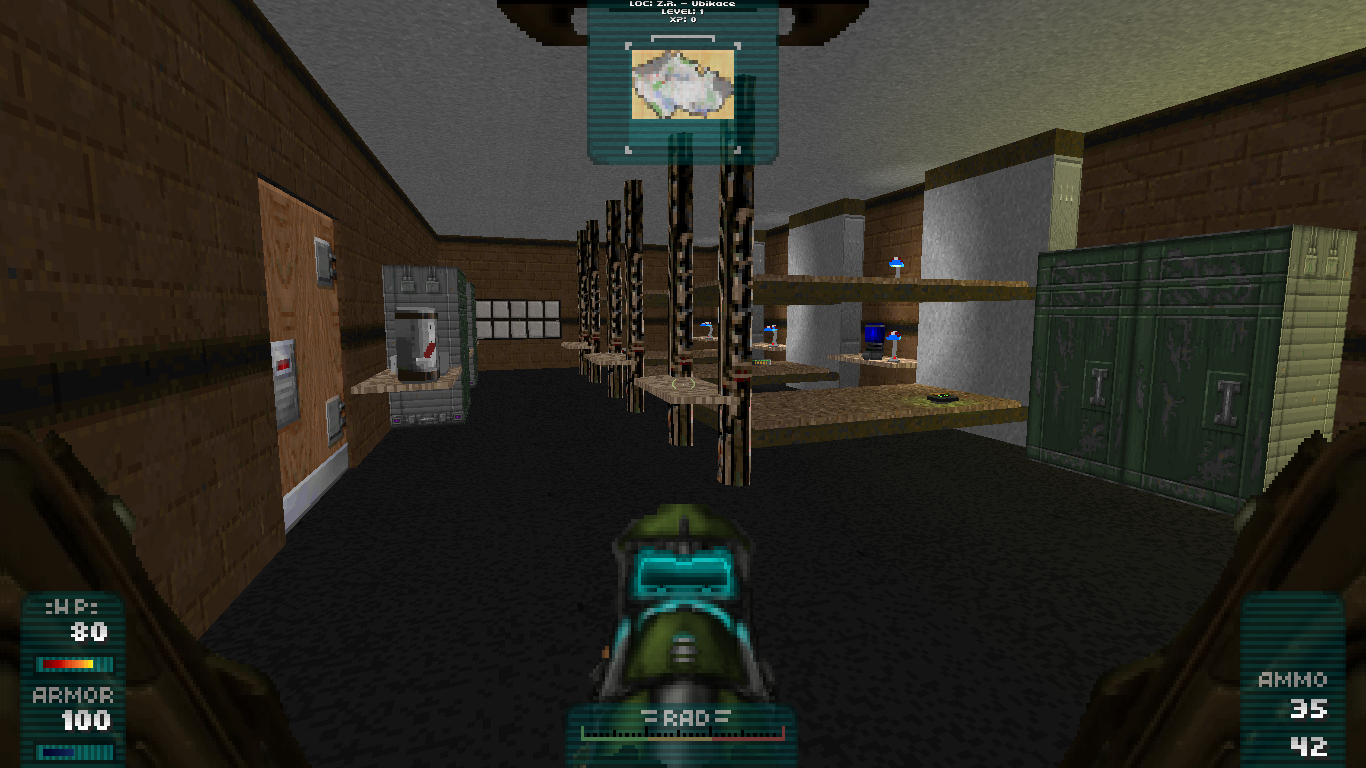 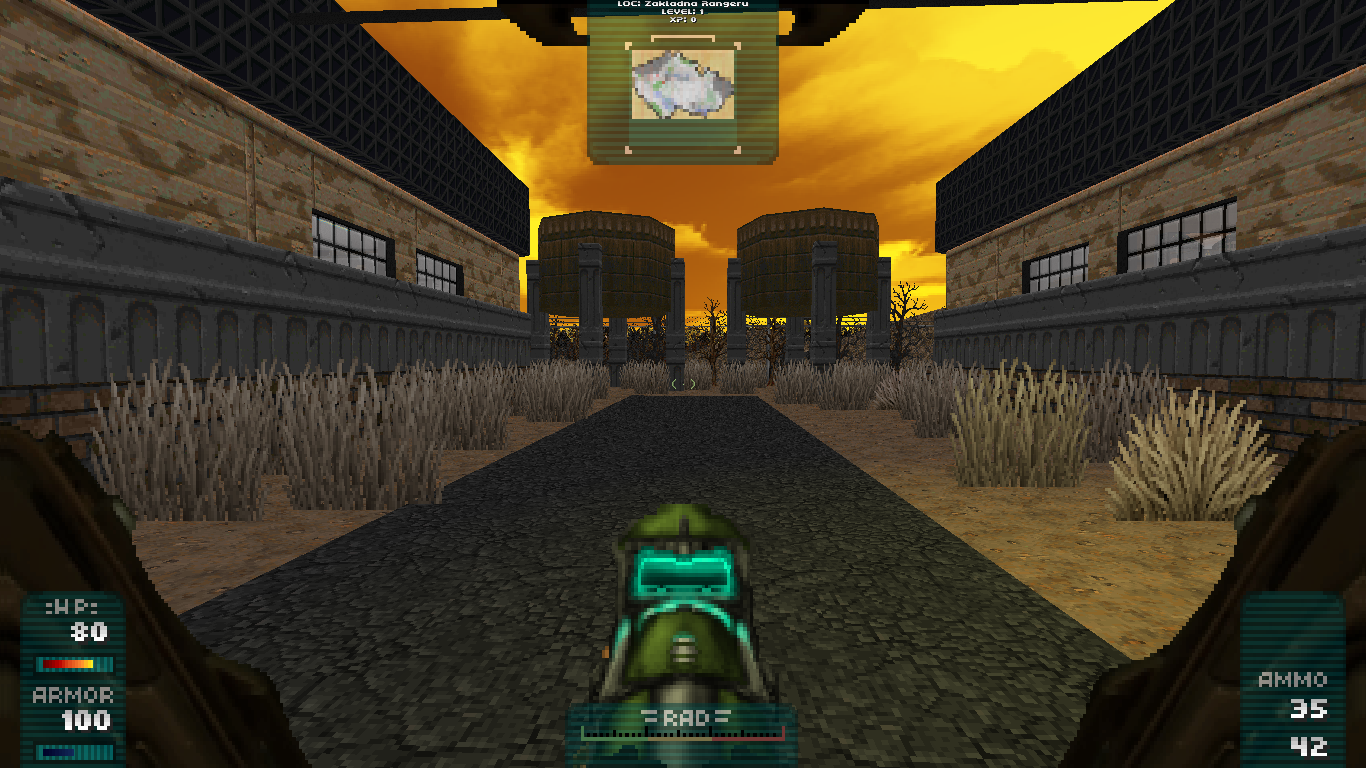 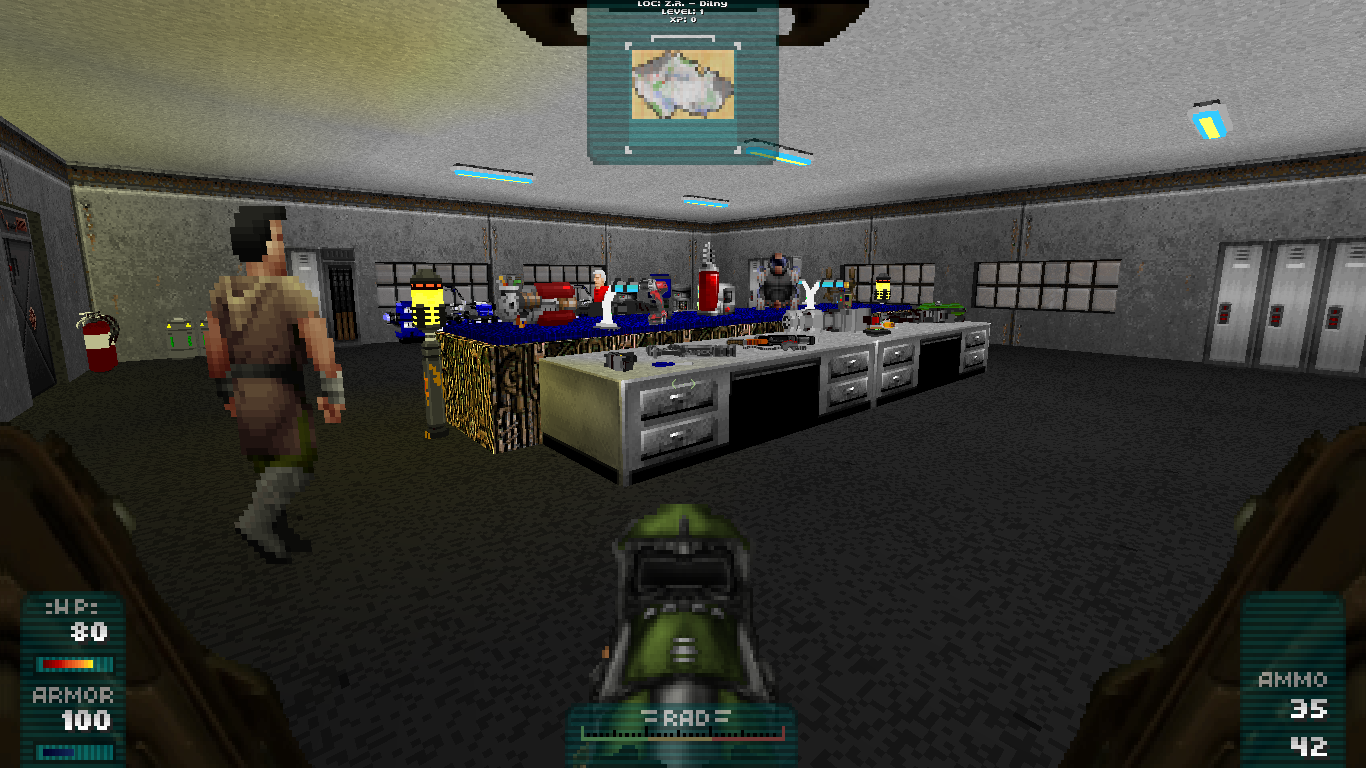 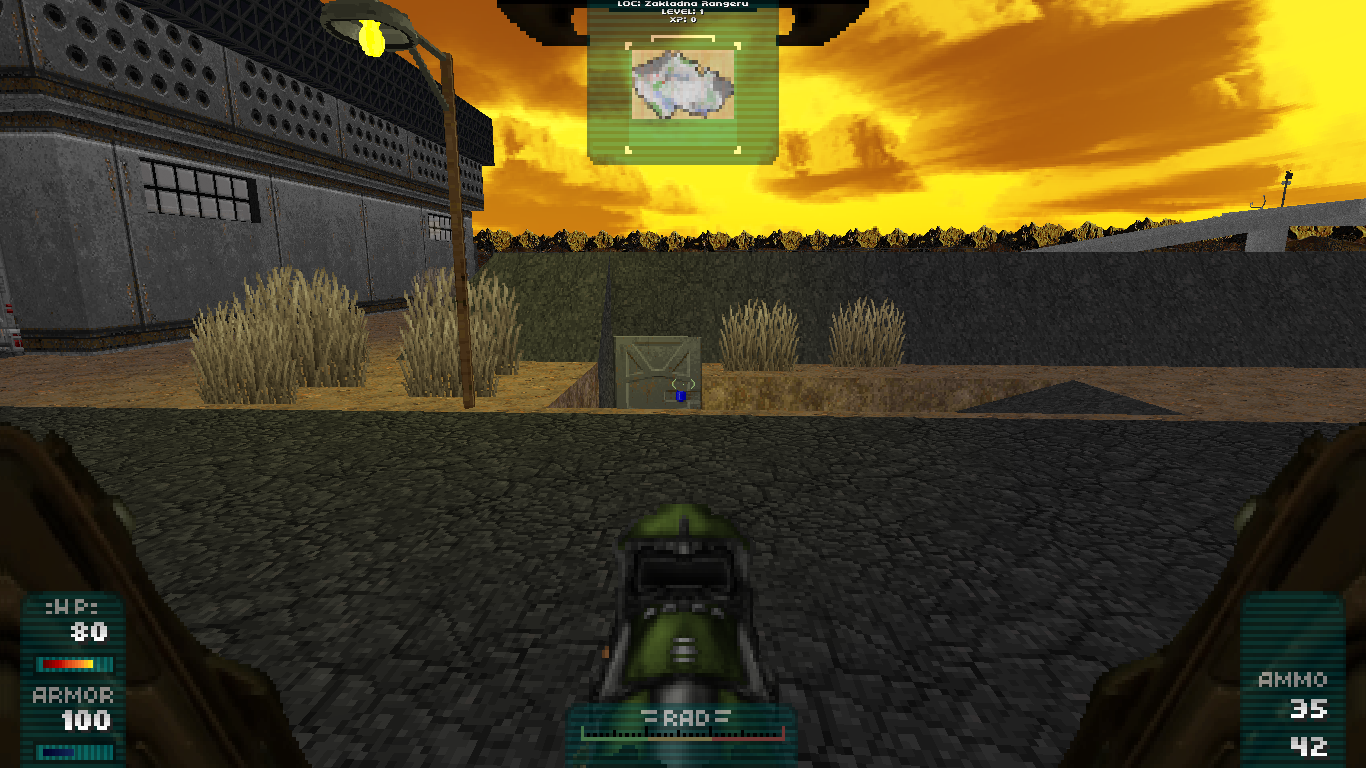 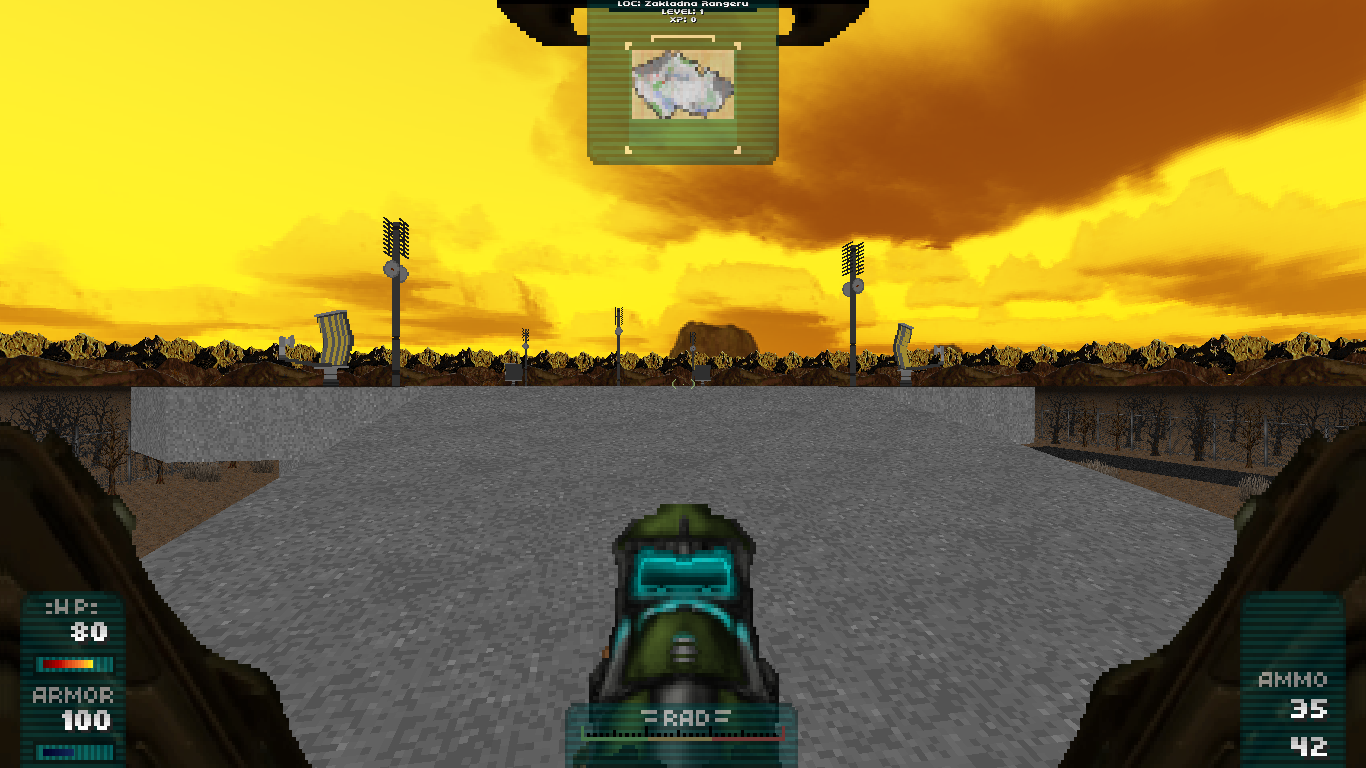 The Base. I'm starting to get bored with the desert theme. Maybe I should change the style...maybe... 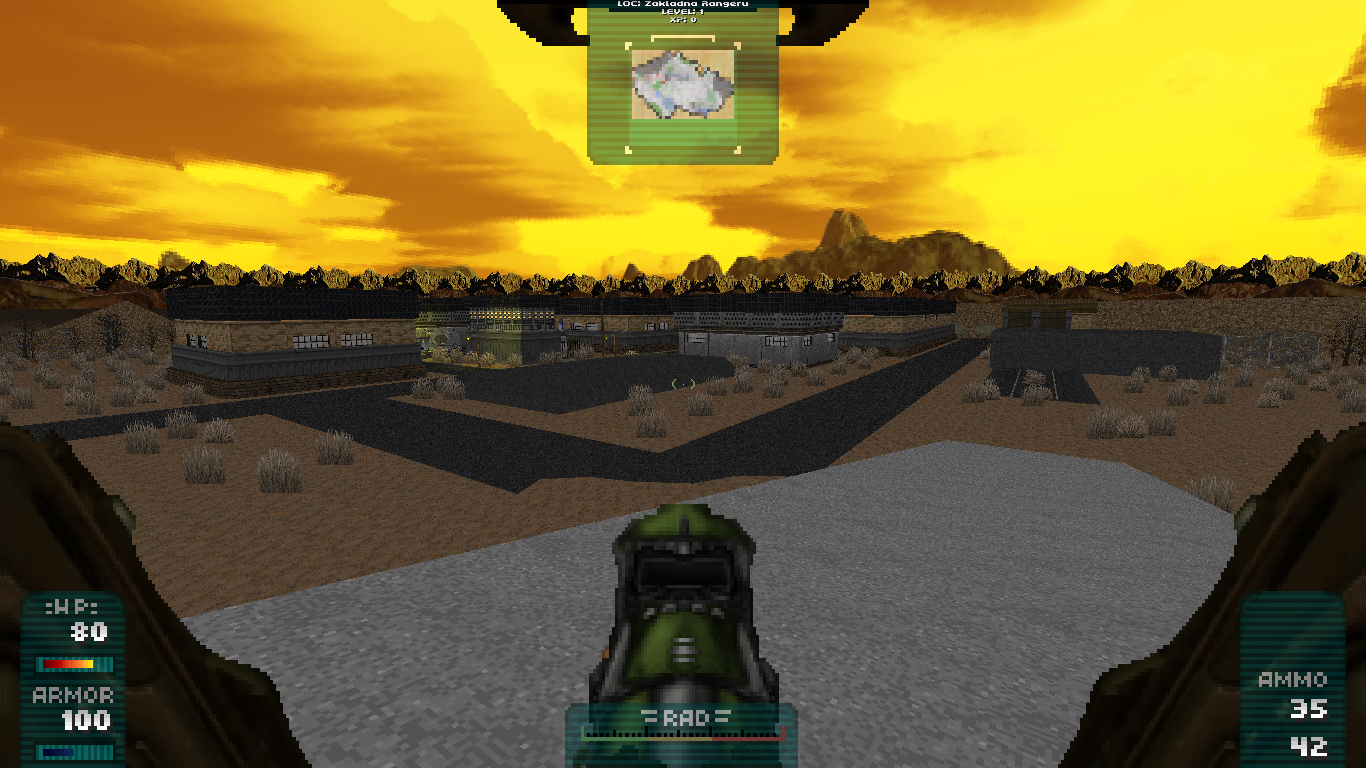 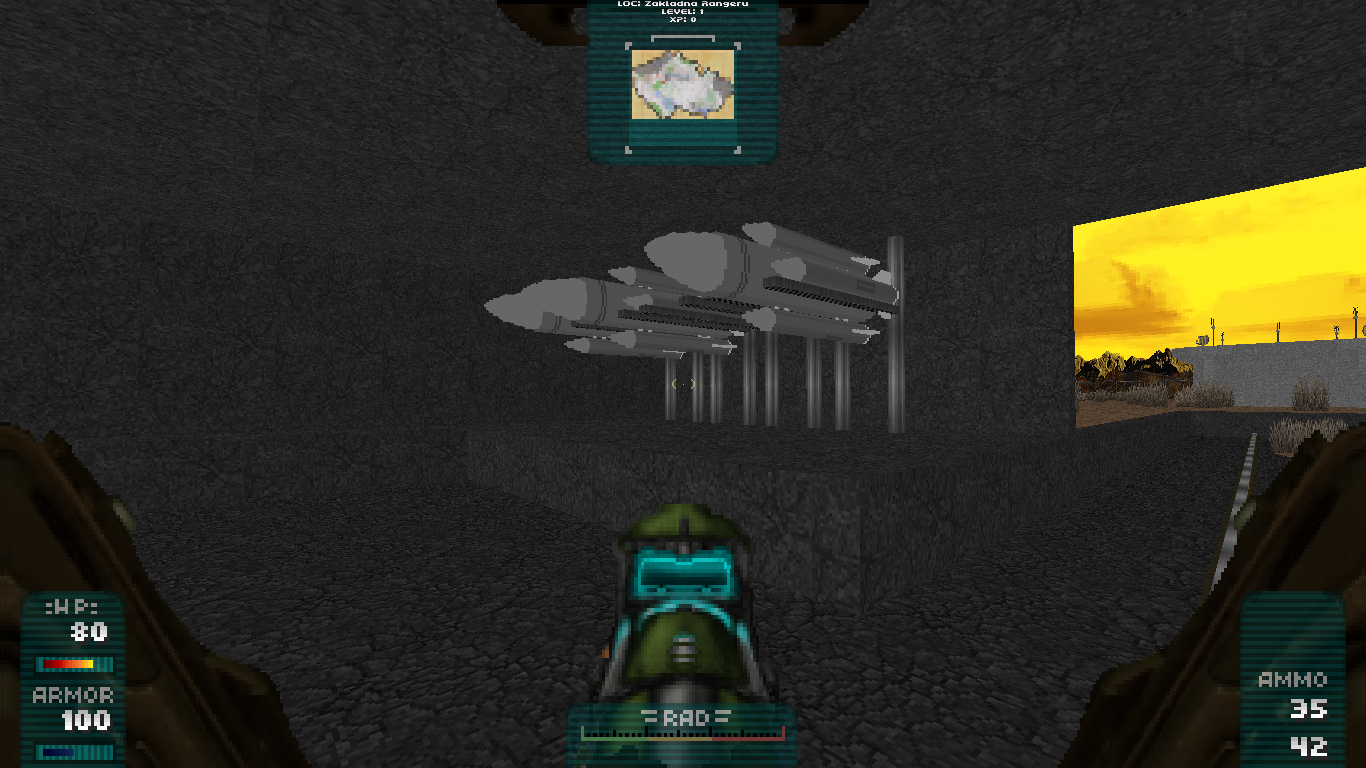 I love the Voxel Vehicles pack! 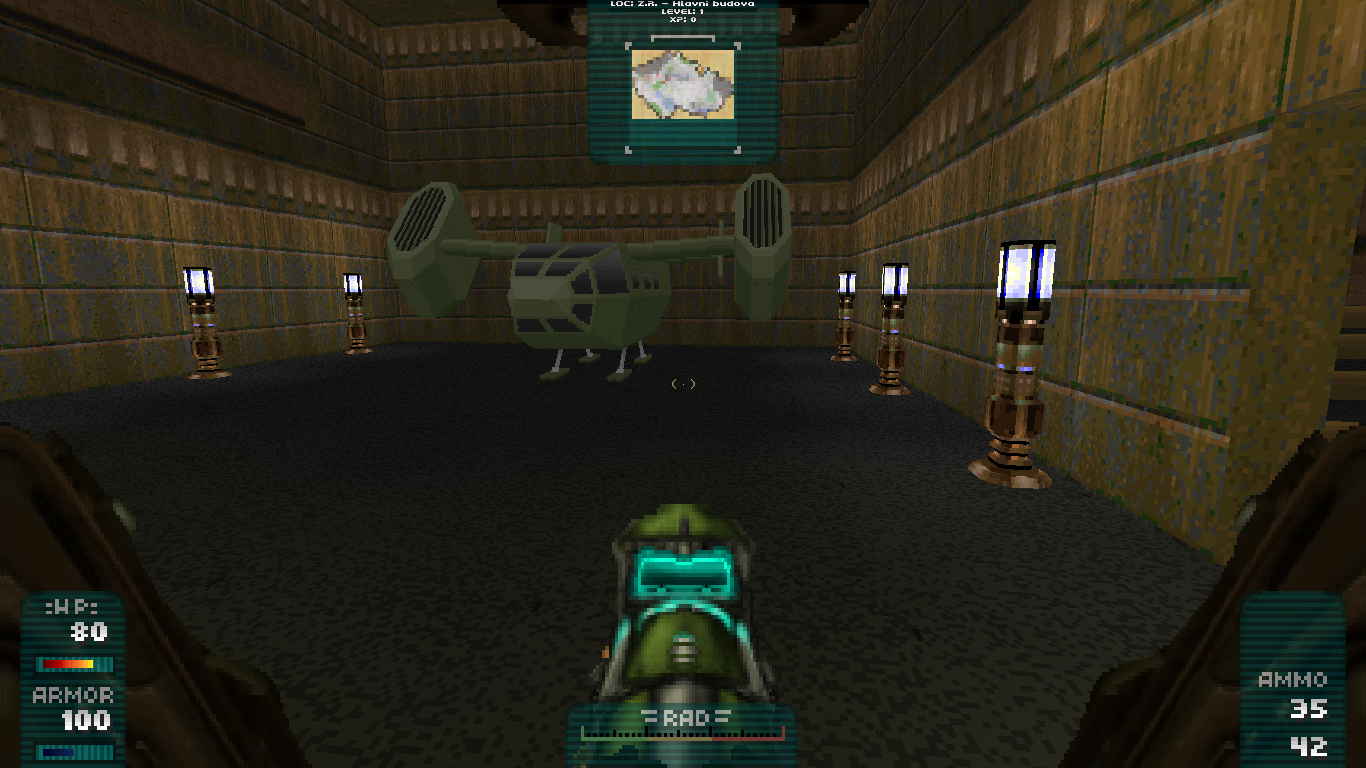 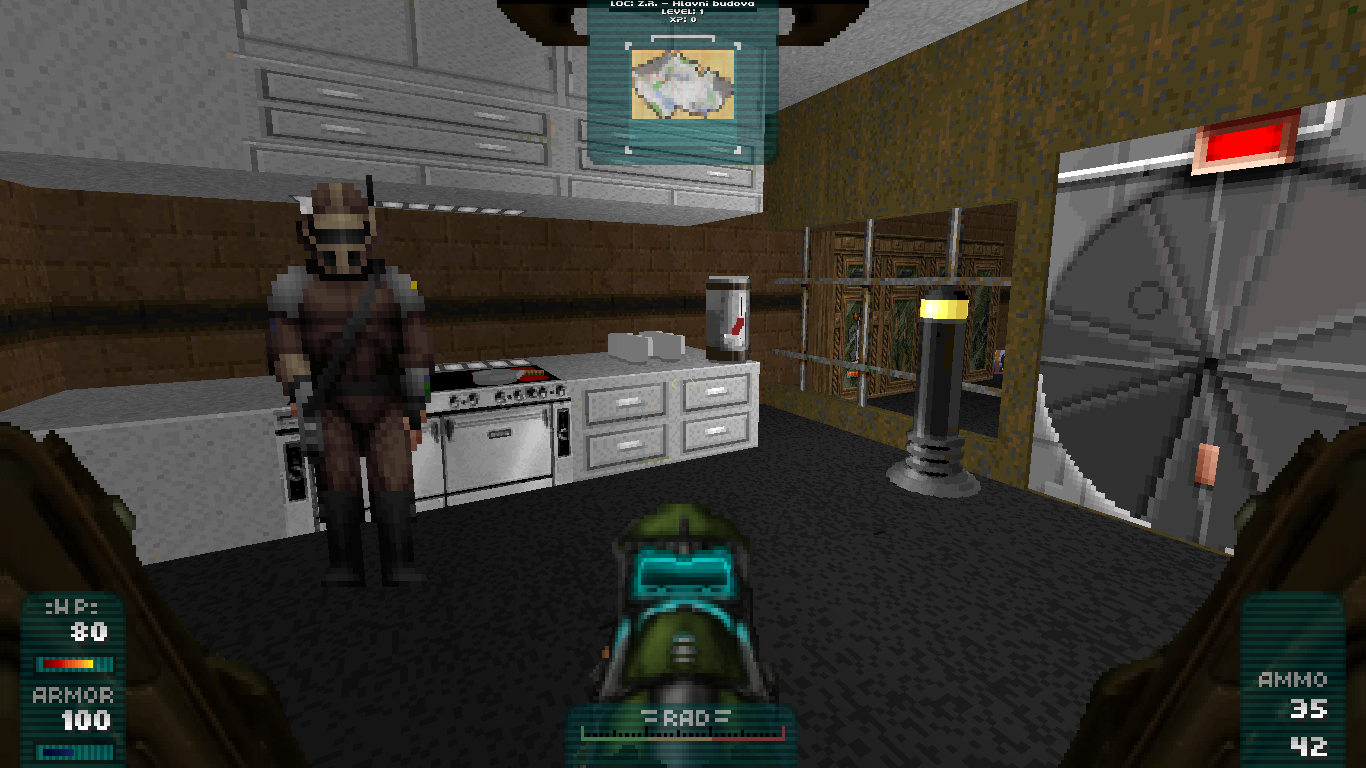 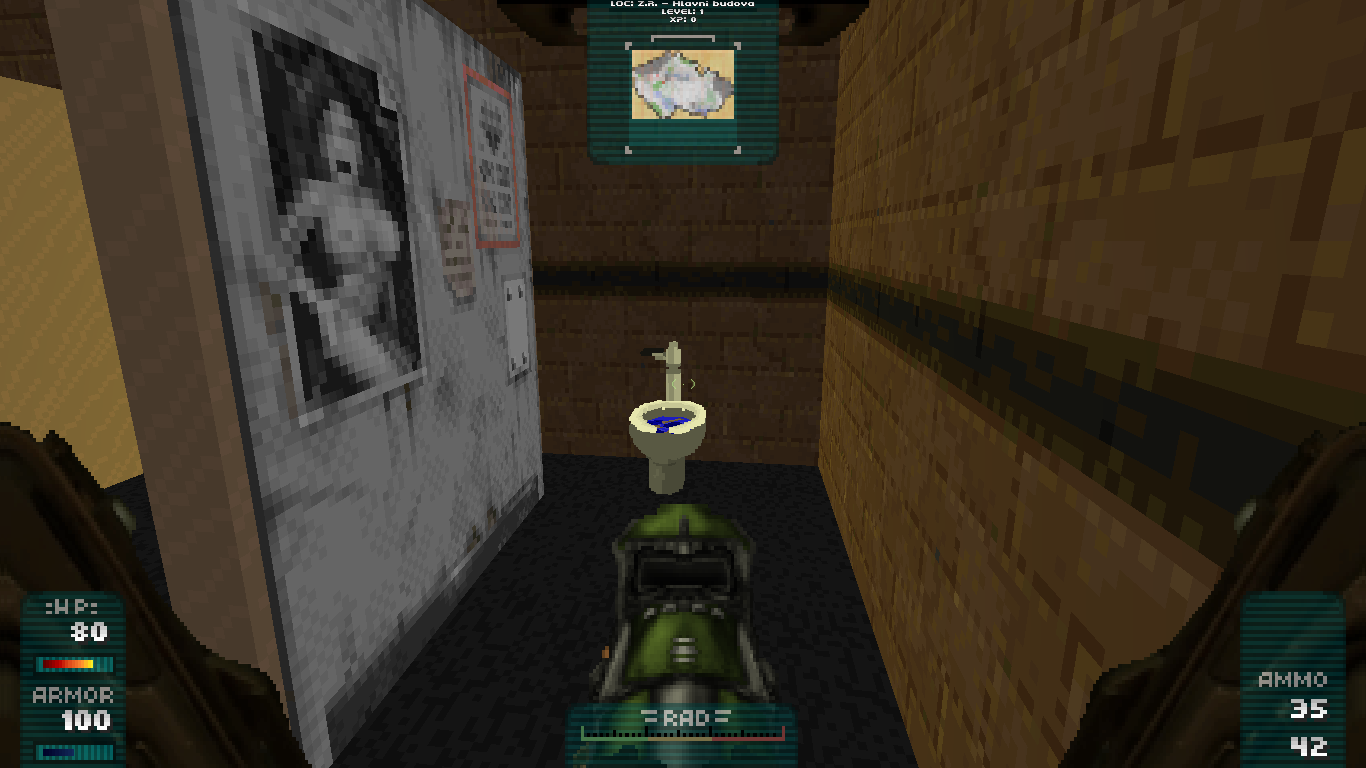 Nice. Good job. It will be interesting to play.
Top

welcome back! and yeah, it is sure lively!
Top

I wanna know how these were made

You can use MagicaVoxel to make them. Some of those look like they were probably pulled from the Team Hellspawn voxel pack and others.

I really MUST learn to control my drooling......

wilcocliw: I'm using magicavoxel to make voxels. Some of the voxcels are maded by me, some are from duke voxels, shadow warrior or blood.
If you wanna know how to use mgaicavoxel, just install it and look at some of the tutorial videos. Basically, it's easy as drawing a sprite.

Anyways, for some news: I'm having a hard times right now, so I'm not so focused on the Shadows. So th development is right now somewhere close to half. I have to sort some things and at least, make some fucking decent story...
Top

I'm very interested in the radiation system. I've been meaning to do something like this of my own, but my current mod is just too early for radiation to be a thing (its a Hexen-WW2 crossover). This mod looks awesome! Will definitely play when its done
Top
249 posts