Just wanted to pop in to say thank you very much for working on this amazing mod. I just finished the demo and I had so much fun - I can't wait for the full version. You should consider making games professionally!

The screenshots of the new map look great. I like the version with fog better, personally.

Thanks again, have a good one!
Top

2nd screenshot looks reasonably nice with fog. Yeah, go with that! Anyway glad you're still working on the Ashes. I wish you a good luck, too.
Top

Goddamn, the demo you made is great. I honestly can't wait for the full mod. Oh by the way, are you still looking for voice actors for the mod? Because I have a friend who would be interested in doing work for you.
Top

Hey, nice new pics. I think the pic with the fog looks way better than the one without the fog. It adds good post-apocalyptic feeling.
Top

gennoveus wrote:Just wanted to pop in to say thank you very much for working on this amazing mod. I just finished the demo and I had so much fun - I can't wait for the full version. You should consider making games professionally!

The screenshots of the new map look great. I like the version with fog better, personally.

Thanks pal. I considered it at one point, but that's a dream for the future. I'd probably make retro little 2D things, since my first love has always been old Amiga 1200 games.

It seems a lot of people liked the fog. Thought I'd show of some of it in action:

(Note: The video includes an audio snippet of Drawing Flies by Soundgarden. I obviously do not own the rights to this song. It's also not going to be in the official OST. I just like it.

DAMN! Now that's one big Damned Dam!... Heheh(if i'm right). Funny being wise, i'm sure we are going to have long and hard time to search through!
Top

Considering we're gonna be in the big open spaces again, it might be hard to search through indeed.

Wonder what that big ol' place will have.
Top

Comments:
1) Some objects would look better if made 3D (not sprited) - monitors, chairs, etc - like in WolfenDoom.
2) Some pickable sprites (junk scraps, food, etc) should be rotated a bit - I mean that it's not realistic for MediKit to "lay" on its edge or on its corner but not on its side.
3) More details please: tables, plates, chairs, PCs, plants etc etc. Just a little more that in v055 will be enough. Btw, nice plaques out there

5) Will there be a lighter? I found only a solar lamp.

I'm impressed and wish this thing to be released soon cause it's a quality.
(PS Did you make all the weaponry there by yourself? I never seen them wherever else. Nice sprites, styled and themed.)
(PPS The level 02, secret with the "drill" - is there any kind of reference used cause it seems so but I didn't get it.)
Top

Wow. Another playthrough! I like watching these as it gives me a better idea of how it feels for someone not intimately familiar with the maps.

Glad you liked it. While we're here...

I'm not really set on 3d models as they tend to hog resources, especially for the more intricate (read: massive) maps i'm working on. If someone wants to add a models/voxels patch though, I'm not going to complain.
I'm going to do another overhaul on items left over from last version. Stay tuned on this one. Maybe add some extra-valuable collectibles

you can trade on the shops.
I want to add a bit more clutter and more variety to it as well. It's a lower priority though.
Look forward to some new machines to play with later. The old Bulletfarm may come in other variants too... Maybe.
The lighter was used for the pipebomb weapon. I'm still not sure it should be used on it's own, since solar lantern can be recharged anyway.
All weapon sprites were edited by myself. Chronoteeth and Captain J have given me a lot of help though. Check out their resources threads for some more cool firearms

Oh, and the sound you heard was a Hunger Games reference in that secret. I'm a geek lol

Anyway, stay tuned guys for hype and discussions on such fine topics as firearms, dog food and hidden references.

I'm in love with this already! The graphics perfectly fit the theme, and the music even has an 80's vibe! The thugs look a little like those in Borderlands, but that's a good thing, as I loved blowing their heads off! Oh, and the motorbike is surprisingly maneuverable!! Most FPS games have horrible controls for vehicles, but this one feels right.
Top

Since people are wondering what the city will hold in store for them, thought I'd post some work-in-progress shots of the city (well, the somewhat less radioactive, more hospitable outskirts anyway). I'm working on a sort of municipal building and surrounding areas. Probably swapping some more textures out for more home-brew ones.... 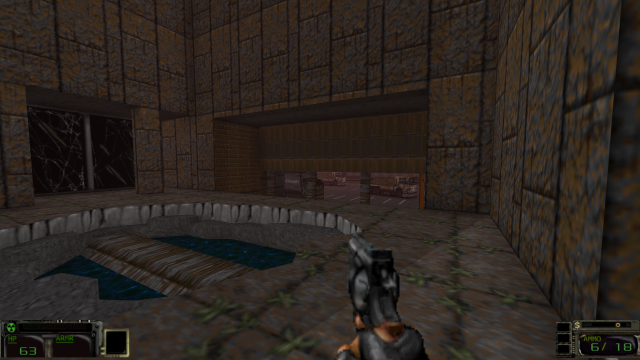 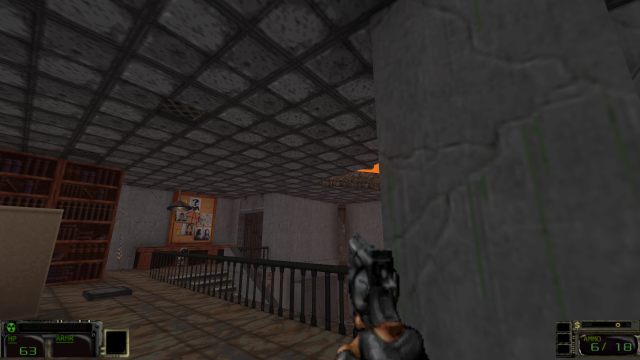 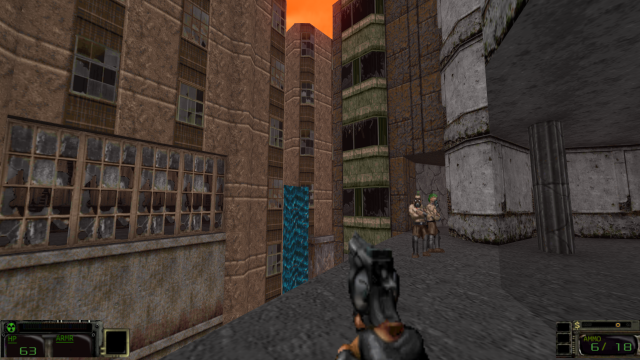 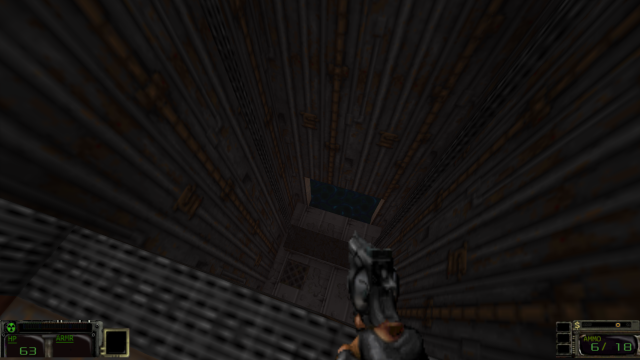 Anyway, look forward to more and hope all of you enjoy the coming holiday season

Looks promising, as always! Gotta watch out for some thugs!
Top

Another bunch of shots. Will probably be quiet for a while after this. I want to start adding some new monsters and props and they aren't really something I want to reveal just yet. Will probably post a new teaser video as well when I'm happy with the next map. 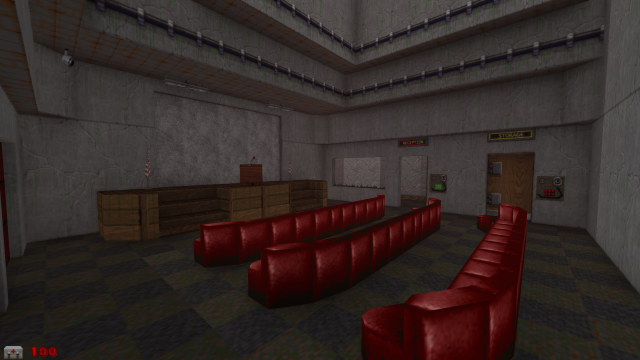 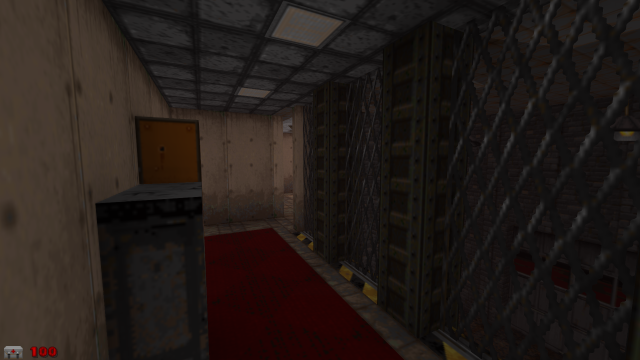 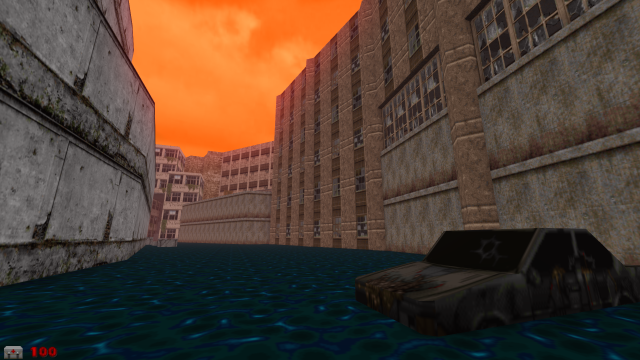