I find it interesting that Hilda Blackwood in that comic looks oddly similar to Melody Crosswell here... and they happen to be voiced by the same actress...

I need to try getting this to work again, as the last time I tried, some ZLib exceptions were thrown.
Top

Hey hey, glad you're back now, marty! Real life indeed wastes your progressing time and such. Hell, i'm making my own mod for 2 years now! :O

Re: [WIP] The Space Pirate

Rise, thread. Rise from your grave.

Uh, ahem. So TSP ended up being a favourite of mine despite being only mostly done, so I've ended up tinkering with the thing a fair bit. Becoming a bad habit, it seems. Mostly it's rebalancing stuff plus a few bugfixes, but I did make a small project of adding a plasma gun replacement.

In the spirit of piracy, of course, I nicked it from another good mod, Doom Incarnate. (My critera were basically "energy weapon, has scope, isn't centre-aligned, looks ok.) So full credit to those guys for all that.

It's built from TSP v012e - if there's a newer version floating around I couldn't find it.

Spoiler:
- Main thing is there's now a slot 6 plasma weapon, appropriated from Doom Incarnate (with some modifications, like changing the hand graphics). The lasgun fires slower than the regular plasma rifle, but the bolts are faster and have higher minimum damage (25-40 rather than 5-40). Altfire zooms (3x), and firing while zoomed fires a hitscan beam; the beam does 5 more damage, but fires even slower and is only semi-auto. Both firing modes are dead accurate, so it's most effective at ranges where the SMG isn't.
- Consequently, cell ammo spawns again.

- Fixed the recoil on all weapons that had it (except the shotgun, which was fine): it was applying recoil before the shot was fired, throwing off your aim. Especially annoying with rockets.

- Pistol clips give more ammo: 15 for spawned and 10 for dropped.
- Pistol semiauto fire is more accurate. Fullauto unchanged.
- Pistol damage has less variance but is slightly lower on average.
- Single fire does (slightly) more damage per bullet than full-auto, rather than the other way around. (15-18 vs 12-18)

- Buckshot slightly more accurate (-7.5% spread).
- The NP version has slightly (8) higher buckshot ammo capacity with a backpack. (So they'd all be x1.5 rather than +8.)
- Shock shells do less direct damage but spawn more lightning. Damage is about the same.
- Gas shells renamed to 'corrosive shells' to excuse simplifying their damage: they do half damage to everything except tsp's zombies and imps (and players). They still do 0 to the colourful lost souls, but good luck gassing a flyer anyway. They're still technically splash damage, so they don't do much to cybies/masterminds.
- Gas pellets are less bouncy, making them them easier to predict. More pertinently, it means you can fire them down a pit without them bouncing out again every time.
- Gas clouds now have the +painless flag, so they no longer stunlock enemies. Still pretty deadly, though.
- Fixed the bug that crashed the game when you triggered hellfire shells. They had a_cleartarget a few lines before a_takefromtarget, which caused a read-zero error when it tried to take tokens from nothing.
- Hellfire shots do less direct damage, but the shell shrapnel now explodes a lil' bit. Overall they have higher damage potential, but require good timing and/or a target-rich environment to use effectively.

- Crossbow moved to slot 1. Bind a key to "quick switch melee" if this is annoying.
- Standard crossbow bolt damage reduced considerably. They're still pretty strong.
- Crossbow explosive bolts no longer cause infighting when they explode, amusing as that was.
- Crossbow ammo now actually spawns occasionally. It's on the list for the chainsaw and BFG replacers.
- Ammo boxes also give 5 explosive bolts.

- A few other tweaks to spawn replacers; the chainsaw one gives a random weapon out of (pistol,shotgun,crossbow,SMG), plus ammo for that weapon. BFG replacer has a 50:50 chance of spawning a toolbox or a lasgun, plus a scattering of bolts, cells, SMG ammo and rockets.
- Decals fixed; most weapons weren't applying them properly.
- Weapons & puffs have +mthruspecies set, for reasons.
- Damnums colour support for fancy shells, explosive bolts (partially), toolbox & lasgun.

- Weapons and enemies now have proper tags. Looks less messy if you're running a UI mod that shows those tags.
- No longer replaces every enemy; only zombies, imps and lost souls. As far as I could tell, they were the only ones that were actually significantly different apart from the gas shell calculations.
- Lost souls have less health (60) to make up for them being much faster than vanilla. (Exactly like in doom 64, as it happens.)

- Berserk no longer auto-switches to unarmed.
- Messed with the quit text. Mostly it's FinalDoomer style gun commentary rather than weird shit about space leylines. Sorry, Marty.

Not Fixed:
> Explosive bolts still misbehave sometimes. Not sure where to start on that one.
> Standard HUD doesn't display shells correctly if you're using the no-pool version. Don't think this is fixable with SBARINFO alone. Could try running a script to manipulate the ammo count for TSPShells so that TSPShellsNoPool == TSPShells, but i don't use the standard UI and don't really care for the added complexity. (ie, cba.)
> Picking up shells whilst reloading the shotgun very occasionally knocks your total shell tokens out of whack so they no longer equal the sum of the four shell types, effectively reducing your ammo capacity without telling you. Not sure why. I'd guess it's probably something along the lines of it adding and removing a TSPShell or TSPShellNoPool at the same time and ends up skipping the take part. Possibly only if you're loading one shell type and collect another. Only guessing, though; it doesn't happen often and it's hard to spot when it does, so my data's a bit thin.

No changes to ACS, so this is save-compatible.

is it possible to take out the female sounds? is it hard? is it an easy way to do it in sledge?
Top

Nice changes and all, but i'm surprised that this improvement of a file is, in fact, a standalone of the existing mod! I expected this to be some kind of addon or mutator that only contains improving replacements. Therefore, it never runs without the original mod.

I'm sure you got the permission from Marty Kirra himself, no?
Top

Hey, thank for "riesumating" this cool mod. I still hope for a final version...
Top

JMP-Jack wrote:Hey, thank for "riesumating" this cool mod. I still hope for a final version...

Captain J wrote:Nice changes and all, but i'm surprised that this improvement of a file is, in fact, a standalone of the existing mod! I expected this to be some kind of addon or mutator that only contains improving replacements. Therefore, it never runs without the original mod.

Probably should do it like that, but wasn't really sure of the best way to go about it. Easier just to share my working modified copy. If it's a problem then I'll do things properly. Not trying to take credit for anything here, after all. I'm incompetent, not malicious, heh.


I'm sure you got the permission from Marty Kirra himself, no?

He did kinda leave an open invitation on page 34. Although on reread he also asked people to PM him first. Oops.

Not sure what the forum policy on swearing is, so just assume I used all of them here.

Ixcuazl wrote:In the spirit of piracy, of course, I nicked it from another good mod, Doom Incarnate. (My critera were basically "energy weapon, has scope, isn't centre-aligned, looks ok.) So full credit to those guys for all that. 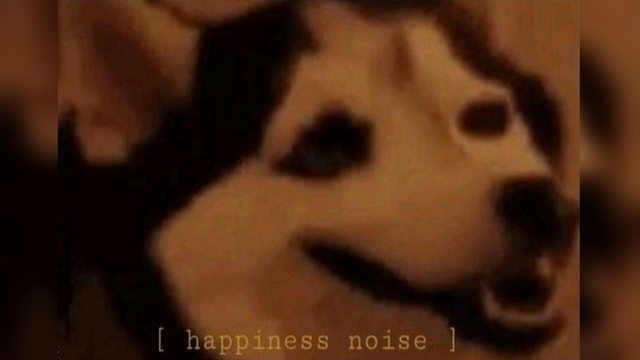 Also if you're out of the loop, yes, TSP is alive! We're starting from the ground up and it's been making some nice progress! I'd recommend checking out our Twitter page for cool videos and all that fun stuff!

P.S. - Whenever this version is ready to be released, we'll most likely create a new topic for it!
Top

Great to know this mod is still alive.

I'm stoked to see what else is new!
Top

Glad the mod is still in progress. Hope you completely finish the mod so i can play and admire how it is truly profound! Oh, also can't forget the feedback.
Top

the author, please, do not throw this mod. Very cool and dynamic. I hope that you will develop it.
Top

leon2012evil wrote:the author, please, do not throw this mod. Very cool and dynamic. I hope that you will develop it.

leon2012evil wrote:the author, please, do not throw this mod. Very cool and dynamic. I hope that you will develop it.

Cardboard Marty wrote:NOTE: This project has been rebooted and is now located here! This version is no longer maintained.