I'm glad I stumbled across this. Other smooth weapon mods I've used do way too much other stuff as well. Also, thanks for the no switch berserk add-on, Nevander, I'll definitely be grabbing that.
Top

After Almonds pointed out in the Smooth Doom thread that the SSG fires a few tics faster than vanilla and the plasma rifle can't fire less than three shots in a burst, I tried tracking down the origin of this problem and discovered that it was already present in the mod that started it all. Meaning, every submod which is derived from Perk's Smooth Weapon Animations is affected by this if not explicitly stated otherwise. From the top of my head, these are:

-Smooth Doom
-Your Improvement mod in this very thread
-Nevander's SmoothWeapons (part of his Mini-Mods collection, only hosted on Doomworld I think)
-Ed The Bat's pk_anim1/2fix
-K0rp53's Smooth Weapons on ModDB.
Top

If you're not occupied with anything else atm, would you mind releasing a patch for the above issues? I'm gonna check the fire state durations of all weapons tomorrow and tell you if I find any more discrepancies

A late and unexpected, yet hopefully welcome update! I cannot promise I managed to fix the Super Shotgun and Plasma Rifle properly, but in that case we can still do some finetuning. Besides those fixes, the only noticable change from Nevander's previous files is that the Berserk pack switches to fists again. (It can be reimplemented rather easily, however.)

I am not sure if my Plasma Gun modification made any difference, though. I changed the reload mechanism, it has nothing to do with firing. Anyway, I wasn't able to fire three shots with a single PG burst. If you just shortly press fire, one plasma ball is released. Can't see the problem at first glance.
Top

Faster weapon switching and more responsive weapons really should be something you can toggle. Something something breaking vanilla balance.
Top

Agreed. However, AFAIK it's not possible to have DECORATE code with CVAR switches inside. Otherwise I wouldn't hesitate to offer it. Right now the only way would be to have two different versions with different DECORATE files.
Top

You could split it into two different classes if you want to keep everything in one file, right? One more menu choice and that's it. Not like you'd want or need to switch between the two mid-game, I'd imagine.
Vanilla and Speedy.
Top

True. But first I need to get confirmation that the weapons all fire with their proper speed now.

With a bit of effort, I could even merge the black gloves into the same file via player class, btw.
Top

Don't have any video editing software right now otherwise I'd do a side by side weapons comparison thing. Dang.
Maybe someone more versed in vanilla behavior could compare this stuff without even needing to do any recording. (Wink wink. Anyone?)
Top

Here is a prototype of the new version. For now it's just the version with normal (brown) gloves.

Please check in particular if I got the Super Shotgun and Plasmagun right this time. Any other firing behavior deviating from vanilla should also be reported. I want to get it 100% right this time.

After several days of tweaking, I feel like it's time to release this before I break it. ^^ There were many bugs in the beta version I had released earlier this week, so it was time to remove it before it spreads too much. The chainsaw sounds for example were quite broken, and also pretty much all the state jumps in DECORATE were set incorrectly. But no worries, I figured it out! I also FINALLY managed to merge the Black Gloves Edition with the standard version, which was something I wanted to do since the beginning. You now have the convenient choice between normal and fast weapon switching for both normal and black gloves in the class selection before starting a new game. That's basically four weapon versions in one file! 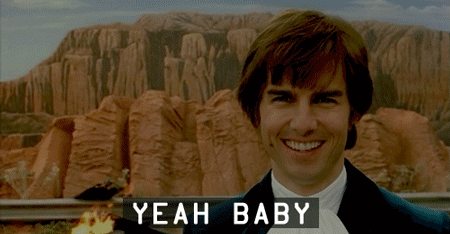 I really tried hard to find and eliminate any bugs, but I still can't promise I got the SSG and Plasmagun firing tic 100% right. They seem to fire at the correct rates as far as I could check it with my stop watch. Anyway, this is a great release and I hope you guys can enjoy it. It's quite satisfying to be able to improve the mod even further beyond its previous limits, even though I thought I was done with it some years ago.

This is nice, but the only minor thing that bugs me is the right handed pistol. I'm too used to left handed pistol personally.
Top

Well, it was supposed to be a fix, and I think it was in PerK's original version already. Maybe I'll do the inverted pistol hand one of these days and add it as an alternate version for those that really want it.
Top
334 posts