Please don't put requests here! They have their own forum --> here. Thank you!
2556 posts

...thinking about making a set. Nostromo style stuff would be cool too ^^

Decided to do a bit of doodling based on these trying to keep to Doom proportions and style as much as possible, but still being true to the originals as well. Some worked out better than others but the effect in game is pretty good for the ones that worked out. 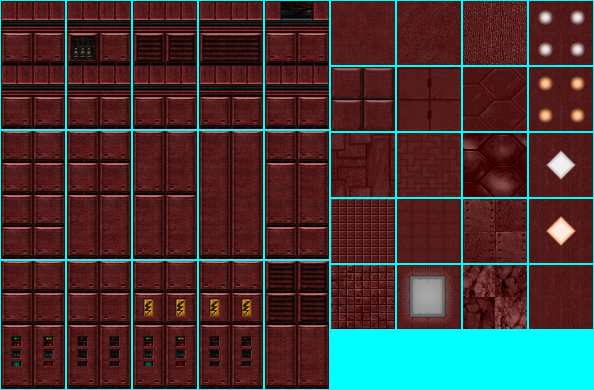 How does one obtain a texture sheet like that?
Is it a manual only process or is there a graphics app which can arrange the textures like this?
Top

I did it manually in Paint Shop Pro. I worked on the textures separately and then just copy/pasted them onto the sheet.
Top

i like that paint shop pro shows the coordinates of where the cursor is. I presume that helps in arranging graphics in an orderly fashion like that. I use clip studio paint primarily for drawing these days and i still often have to go back to psp for minor matters that I need more control over.
Top

Recently I decided to re-make unused windows in the "maximum Doom style", and, in fact, here it is. Frames also decided to do b/w, which would look in the same spirit.
Just layer over whatever wall texture you want.

WINS.png
You do not have the required permissions to view the files attached to this post.
Top

Enjay wrote:
Decided to do a bit of doodling based on these trying to keep to Doom proportions and style as much as possible, but still being true to the originals as well. Some worked out better than others but the effect in game is pretty good for the ones that worked out.


Those are great! Did you palette them for Doom? 'Cause I think I didn't palette the original ones

I did not palette them. The originals weren't Doom paletted and I liked the colours. So I just kept them as they were.

Honestly, these days I often don't even consider the Doom palette. Too many years of seeing graphics crucified by it in such a characteristic way that it really stands out and looks bad to me now.

I did not palette them. The originals weren't Doom paletted and I liked the colours. So I just kept them as they were.

True, I just checked my PSDs: I did not pallete them XD


Enjay wrote:Honestly, these days I often don't even consider the Doom palette. Too many years of seeing graphics crucified by it in such a characteristic way that it really stands out and looks bad to me now.

Yeah, I hear you, and I agree... was just asking because it's a common habit ^^
Although, having some sort of colour/mood discipline - like in my day to day job - would help in creating and organizing my textures, which is a note to myself I guess

The other day I decided to go over some of the hand-drawn graphics in tnt that have always bothered me with their crudeness and replace them with what I consider better renders of what they are supposed to be, albeit without 'breaking-the-bank' of the existing doom graphic's artistic style.
at the time I foolishly posted them on the spriting carnival forgetting to paste them here where they should be.
well Ive made some changes since so here are the ammended versions:

ah yes the famous fence from map20.
well it now represents an actual fence this time, from duke3d originally I think.
I first changed the size and form somewhat, and then I changed the rusty brown tones for green tones to slightly suggest at colourscheme of the original. (just slightly, I didn't want it too green afterall...)
The 'broken' one was then made from the 'clean' one...
Although I posted this on the carnival I've since darkened it down somewhat.

from map27, these are just done as a doomsign design instead of the crude red letters that always reminded me of cheezy 90s wordart...
(hell, it most likely was made that way. we've all done it for something back then, right?)
still not sure if this is a reference to Hitchhiker's Guide or not.
we may never really know now...

also from map27, these are poached from Ion Fury and yes, they are just horizontally flipped but look much nicer in game nonetheless...

this is to replace the ugly green edged mesh most prominently featured outside the big green building on map21 (yeesh, that was a jarringly fugly texture...)

These doors, also from map21, now have a nice transluscent glass effect in the windows and have been generally cleaned up some.

Another from map21, this is actually quite a deviation from the original.
Instead of the awfully pallette-raped stained glass, this one is now based off of the doom2 window but resized and framed to fit with the wood textures that map21 is rife with,making it a suitable replacement, IMHO.
Like the doors above, it features a better glass effect, too.
yes, I know its nothing like the one its intended to replace, but, come on, anything is better than that window was... ;D

back to map19 now, these windows, used in the office and computer stacks, now have the same better glass effect as used on the last two.

btw, the base of said 'glass-sheen' texture is taken from duke3d

now I'll point out that the textures with transparent glass are best viewed in gzdoom hardware mode
In software, PCWINL looks vanilla, and on DOGLPANL and DOWINDOW the glass is simply rendered 100% transparent. so its not exactly game-breaking..
however truecolour-software mode renders them fully opaque. so is not reccomended, consider yourself forewarned...
the otherstuff is fine. its all doom pallette anyway afaik.
Its just the three glass textured stuff thats effected because they feature gradient transparencies on the artwork itself...

Now, that sort of engine-exclusivity normally bothers me but on this occasion I've overlooked it as its something that could quite have easlily been done in other methods in the engine. just that this way, no coding or mapping is required. just simple replacement...

Here are some screens: 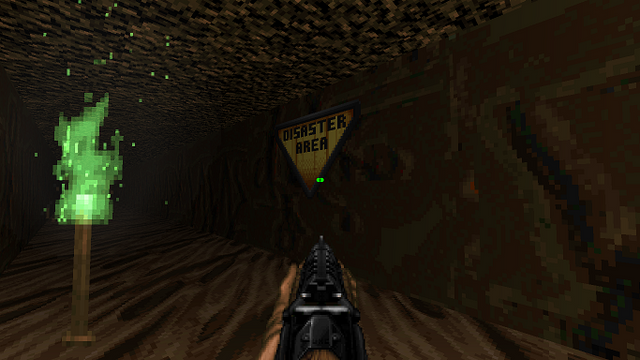 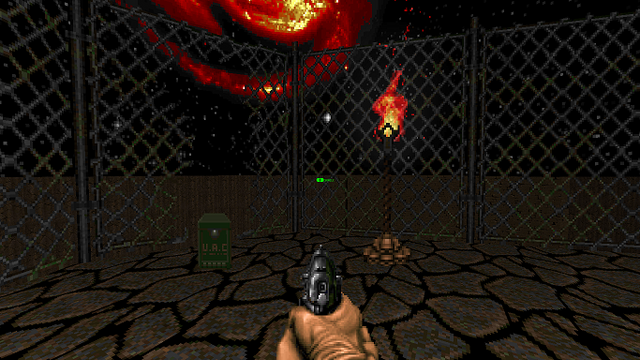 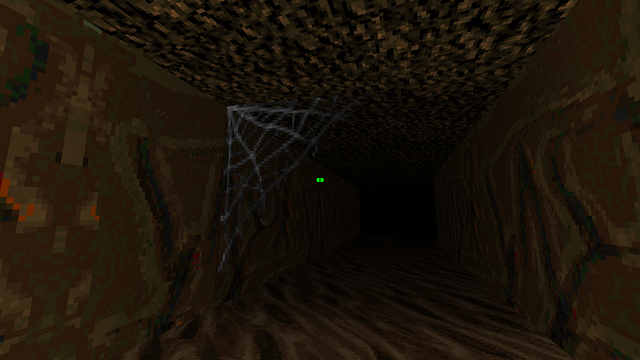 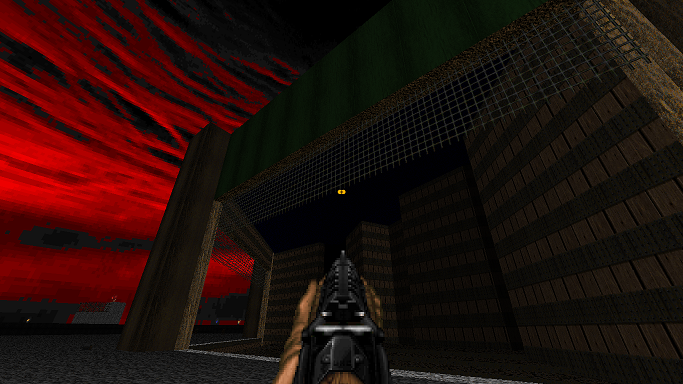 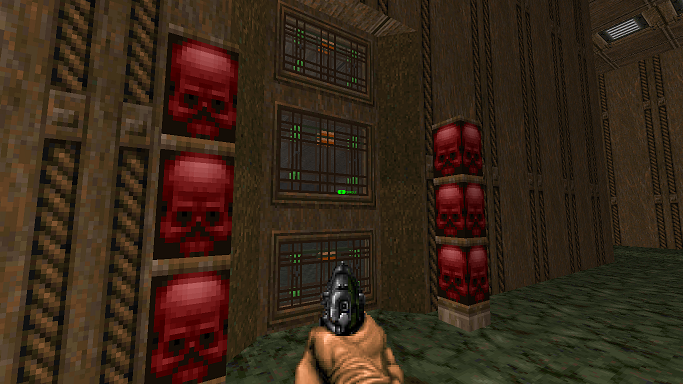 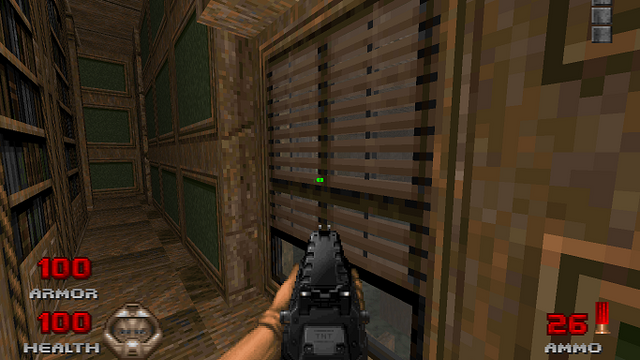 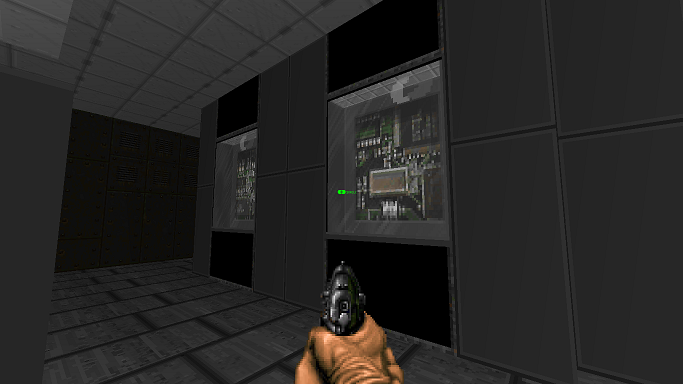 following on from a post on doowworld forums, this:
lion wall.png
lions.png
is a digitized texture of a bit of johnromero's current fireplace! LOL

did it in two flavours, light/switch ad bigger generic decoration...

sad isn't it... even the man's fireplace is not safe from our fan-boy doom obsessions...

https://static.doomworld.com/monthly_20 ... 6a714e.png -done as link not direct image in case its too big

this was a dare over there on doomworld and I just couldnt resist!
You do not have the required permissions to view the files attached to this post.
Top

Nicely done. The source is hilarious, and totally appropriate.

Enjay wrote:Honestly, these days I often don't even consider the Doom palette. Too many years of seeing graphics crucified by it in such a characteristic way that it really stands out and looks bad to me now.

It's the reverse for me. For many years I experimented with various palettes and now I've grown to love the original Doom Palette and seeing just what can be done with it.

New sky - large enough to cover the entire sky in the engine. It doesn't seem like much as a picture but works great in the game

I like full sized skies! I rarely see anybody bothering. I don't see any reason to restrict the palette but I suppose that is a pointless argument.
Top

Super simple edit. Patch to make Evilution second sky true to the story. I'll see if I can adapt the third sky textures so it looks like you're in the ship 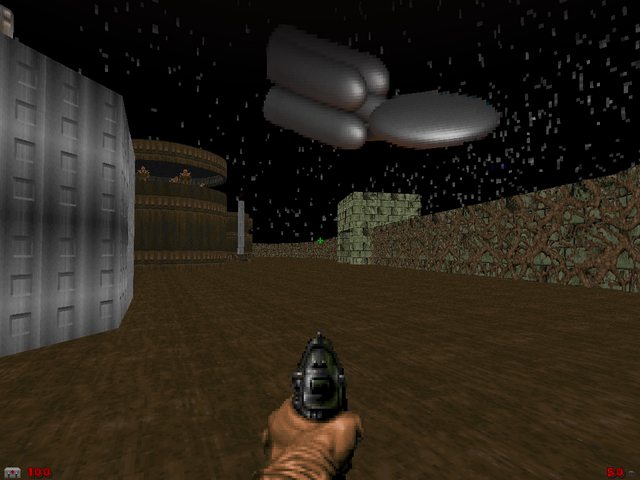