Discuss anything ZDoom-related that doesn't fall into one of the other categories.
37596 posts

Made a sprite of the Doom 3 maggot. It's not perfect but I think I did an okay job. I based it off Craneo's concept and used parts from it for the face. 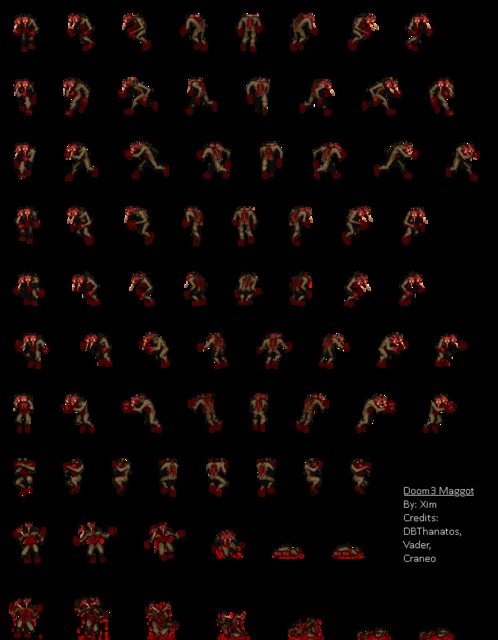 I really love this. Doom 3 has some cool monsters in it, and I love seeing them reinterpreted for classic Doom.
Top

Looks accurate both to Doom 3 and Vanilla Doom. Love the detail!
Top

The zombie apocalypse is going well! 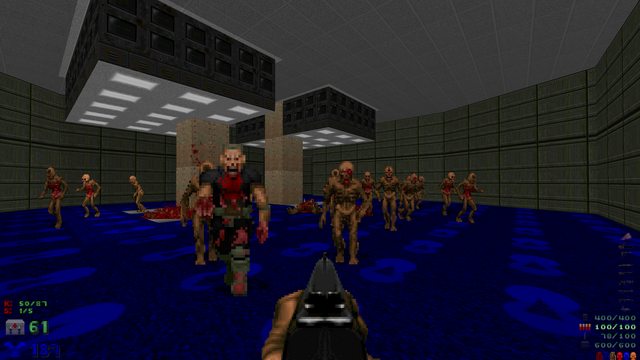 The zombie marine is complete, so even though ammo is still scarce, it should now be possible to at least finish most maps by rationing resources and hunting down and scavenging supplies from zombie marines.

Two variants in the spoiler, one with the zombieman crew cut, and one baldy like the shotgun guy. 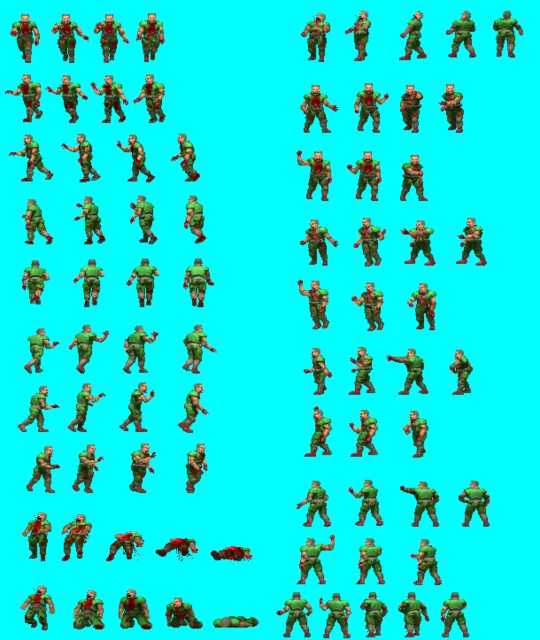 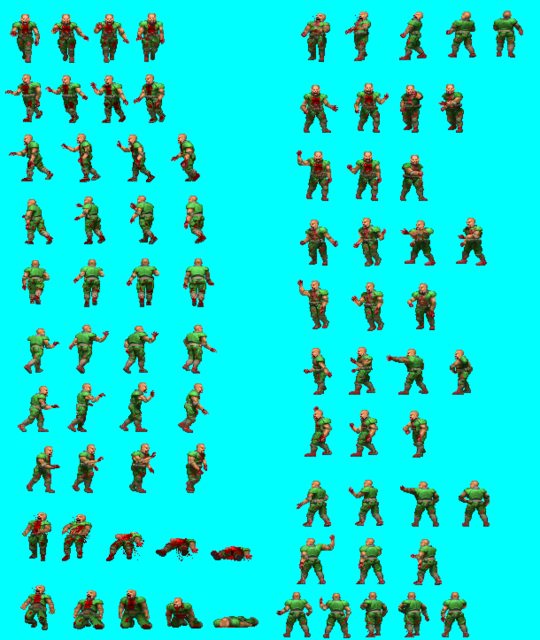 Credit to Solmyr and Metal_Spaghetti for the melee marines. Probably OSJCLatford as well? I don't remember for sure, but I've been tinkering with his possessed sprites a lot, as you can see, so there's probably some of them in there too.
Top 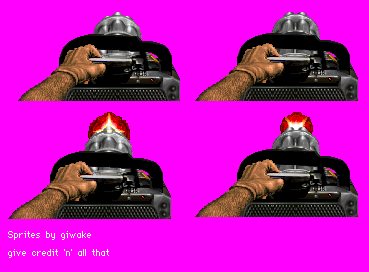 Minigun, inspired by the Zandronum/Skulltag minigun.
Bashed out of the chaingun, chainsaw and a beta weapon.
Top

I like the classic Skulltag feels to it and it's also bulky?? Good weapon to mow down demons with.
Top

I like that the barrels are relatively small compared to the rest of the gun. Looks a bit more like real miniguns.
Top

CREDITS: Amuscaria, NMN, Craneo
You do not have the required permissions to view the files attached to this post.
Top

That Marauder is NEAT

Imgur tag seems to have been broken by the forum update, hecc.

ArmoredBaron.png
Credits - id Software, Raven Software, Wolfendoom, Amuscaria
You do not have the required permissions to view the files attached to this post.
Top

Simple SS paint job
You do not have the required permissions to view the files attached to this post.
Top

Ent/Treant monster frankensprite, inspired by the Treant from Castlevania, credits to HorrorMovieRei for the Blasphemer Cyclops, and to Raven Software for the Maulotaur and Hexen trees, no plan to finish it as I have a lot of sprite projects in a waiting list, if someone wants to finish this guy, feel free to.
Top
37596 posts