Discuss anything ZDoom-related that doesn't fall into one of the other categories.
5281 posts

Having a Cyberdemon as a king would be odd, but probably quite novel. Seeing him running around trying not to get killed, although insta-killing anything that got TOO close.

Would the game end in a stalemate if a king and two other pieces end up in a mexican standoff, unable to make a move on eachother without dying? Lol.

I really like this concept. Kinda like a modern, kooky re-telling of the old Quess mod.
Top

I'd love to do a set of sprites (or rather, a whole TC/mappack) based on Mark Mignolas's Hellboy, or at least the distinctive style that is also used in Darkest Dungeon. Here are some test renders using a Spriggan Matron and Falmer from Skyrim. 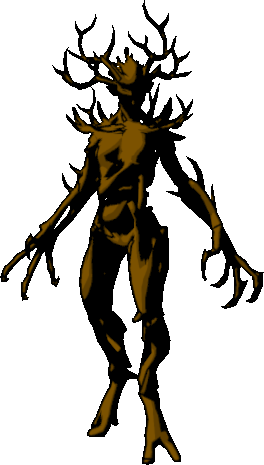 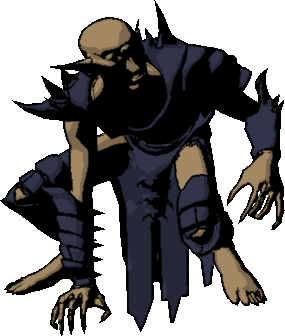 Once I get a PC, I'll learn how to mod games. Once I know how it works, I'll make a Fallout total conversion for Strife Quest For The Sigil Key.
Top

A Heli Attack 3 weapons mod sounds like something that belongs in doom, and it's almost criminal that one hasn't been made for it - the game features a large, wide variety of colorful guns that do their own thing, like a piranha taser that shoots out and shocks enemies, a weapon that shoots soundwaves, a black hole gun, explosive railguns, shotgun lasers, and even an atomic bomb launcher. Not to mention, crazy fun gunplay as well.
Top

I have a particular idea of combining an obsolete mod into another one still in development. Therefore, Fractal Doom into Colourful Hell.

In essence, I envision the tier system of Colourful Hell incorporating the idea of minions spawned on the death of the coloured boss-monsters.

Points to be considered when combining those two mods: Over a year ago I asked same of Colourful Hell developer:

Yrvyne wrote:Hello, Hege Cactus! Thank you for the awesome experience Colourful Hell provides. It's been a sister-staple monster mod in my gameplay for quite some time now - coupled with Combined Arms.

As the title implies, the other sibling is Fractal Doom which is my wishful defacto companion to Colourful Hell.

Would you consider assimilating Fractal Doom (or codes and sprites that function on its principle) within Colourful Hell? (This will greatly increase game difficulty which might require balancing adjustments unless monsters and their spawns are coded so as to also attack each other once hit and when not in very close proximity of doomguy.)

I am aware that a considerable amount of hours' worth of work is required, however, I lack the technical skill and expertise to achieve such a combination. Hence, after much contemplation, I made up my mind to ask you directly.

Having Fractal Doom's assimilation toggled off by default would keep the original Colourfull Hell experience intact.

Thanks a million for reading my suggestion.

I have no plans for such thing I'm afraid. As hilarious as the concept could be.

I had this idea in mind, it is basically a little economy simulation in Doom.

In this ideal world, we have this class of peasants, the Seller, which are DECORATE compatible, and can hold inventory items, and a few flags.

These flags are: Since our Seller will need to exchange with a target, all this will happen inside a Melee state label, and it can not be set to +FRIENDLY. It can only exchange items with things that can hold coins, like players, other sellers, and (MAYBE) monsters. It can pick up items from the ground (I don't think +PICKUP works for monsters?), and should be able to exchange with other Sellers by using invisible projectiles to "infight" (i.e. exchange with each other).

Once an exchange is complete, we can simply call A_ClearTarget, and (to avoid further instigation) we go to a variant of the Spawn state label that doesn't call A_Look.
Top

Thinking about doing a roguelike map, made of isolated geometry linked by randomized portals.

In each room, you'd create a few interactive portal lines, with no target. Behind them, create some "dead end" geometry. Portal lines get a "room number" in a custom UDMF field.

Each portal line would belong to one of a small number of "portal styles." All portal lines and the sectors next to them in one "style" would have identical line length and sector height, and maybe similar floor texture, light levels, etc.. Portal lines get a custom UDMF "style number."

When the level loads, an ACS script runs and does a sort of loose Wang tiles thing to link everything together -- basically pick a random room, link each of its portal lines to another portal with the same style from another room, rinse and repeat.

Ideally you'd have enough rooms in the map that many of them wouldn't show up in a reasonably-sized dungeon, so a unique room would only have a small chance to appear on any given run.

EDIT: Just tried this out, works surprisingly well. This could be interesting for a map collab...
Top

I'm thinking of putting together my own alternate version of Hexen. It would be basically the same premise but with completely different structure.
Top

I saw a thread in the closed feature suggestions about a Doom physics engine
This made me think of Doom monsters as cardboard cutouts that would topple over when defeated.
Then I thought, why not have a mod for Doom that made everything hand drawn, minimally animated cardboard cutouts.
Which lead me to think up the incredible idea of Pencil Whipped Doom
Top

Re: Fractal Doom into Colourful Hell

Yrvyne wrote:I have a particular idea of combining Fractal Doom into Colourful Hell....and so on

With the power of zscript you dont need to "rip and bunch up" different mods for such result.
Try this.
fractal_mutation.pk3
This is part of my old project, which stalled because of real life. Must works with any mods, not just CH.
You do not have the required permissions to view the files attached to this post.
Top

Oh yeah! Works like a charm. Thank you very much!

1) Looked at the code of zscript.zsc and was thinking of a three-tier monster size.
Therefore, original size --> middle size --> small size. Is this possible?
Somewhere in between these: 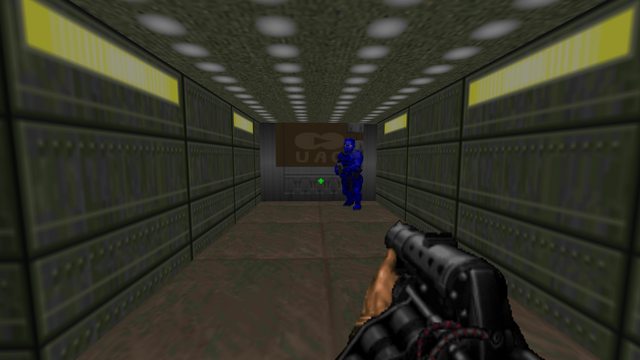 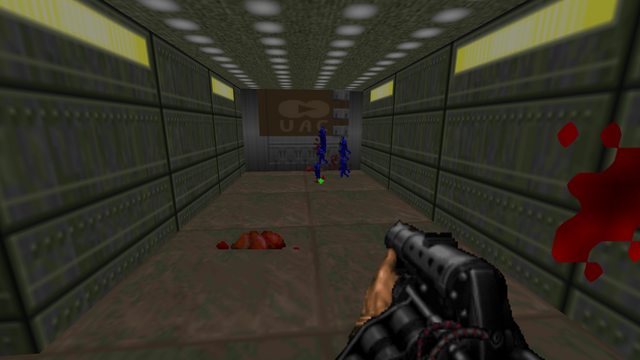 2) Then also the possibility to stomp the smallest tier.
Therefore, moving forward/back etc removes their HP effectively killing them.

3) Finally, is there a way to shrink the size of weapons/health/ammo produced by the mini-monsters? 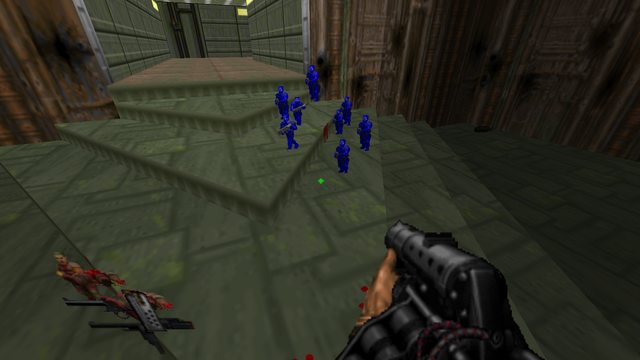 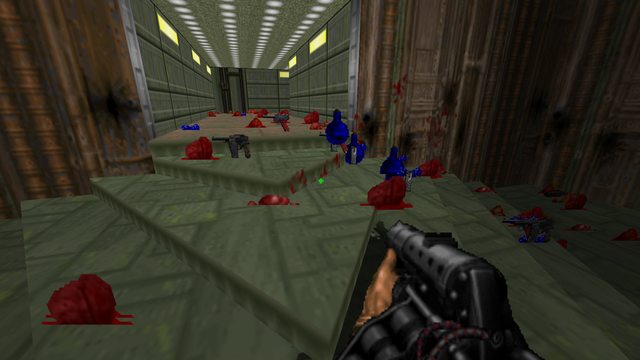 First two possible to implement with easy, while third, without serious performance problem, no.
Top

Entertained the idea of a few other remakes:

- Fears, on the Amiga. Preferably with monsters that aren't just christmas tree ornaments.
- A sci-fi fantasy reboot of Arkista's Ring (NES). Still play as a sexy elf chick.
- Something involving Shadow of the Beast.
Top

Apeirogon wrote:First two possible to implement with easy, while third, without serious performance problem, no.

I tried changing values here and there to alter the size of spawns but to no avail. (I am not conversant with C++ language....)
So, please, can you help in changing the code to create a middle sized spawn that then spawns the small ones?

While for number 2 (stomp to kill the smallest spawn), how can this be implemented?

With regards to number 3, given that it would induce serious performance problems, can those items be blocked from spawning?

Thank you very much man for your help.
Top