Master of Disasters wrote:Or is it me not understanding the hardships of animating models?

Amuscaria's sculpt was probably done on some high density, dynamically sculptable mesh which would most likely not have the optimized, game-ready topology that real-time 3D models need. At best, once that sculpt is done, it would have to be manually retopologized (by carefully building a low poly model on top of the high res sculpt, taking into account an animation-friendly edge flow across the entire model). The normals from that high res sculpt would then have to be baked on to the texture for the low red model to use.

The art of building animation-friendly game-ready meshes alone is a skill that requires consistent practice and a deep understanding of how to deform meshes in real-time (because if you don't know this, you'll end up building meshes that won't deform nicely and will look all distorted and stuff as you bend the limbs).

With that, comes the process of rigging the model, again, another kind of art that requires practice.

So no, in most cases, you can't just sculpt stuff in high res and expect to be able to correctly rig it and drop it into a game engine. It's unfortunately not that simple.

I'm not saying these things are impossible; anyone can learn them, but perfecting them is something that even the pro artists spend the rest of their life doing...

And lastly, as leileilol previously mentioned; it doesn't stop there. Doom's archaic 4-frame walk cycles would NOT look good with real-time deformed models. You would have to rewrite actual actor code to utilize more frames of animations, possibly even more advanced AI (as Doom's 8-direction zig-zagging movement will look awkward with fully 3D actors)...


any attempt at high definition in such a game of its age will only accenutate the age further, especially when the actor code is so old and doesn't account for natural movement, motion tweening, bones etc. it'll be uncanny and fall into the same pit Doomsday always does.

Hot damn! I'm speechless, but now at least I know why Doom will always be sprites.
I'm really not looking forward to when I have to do 3D modeling in college now.
Top

Your school will almost certainly give you a lot of lead up before you end up making models for use in a game engine, so you'll have plenty of time to get the hang of it.

Also, conversations like this are what I love about this community. Just putting that out there.
Top

So close to finally getting Doomvengers release ready. Had to rewrite a number of things so it would work on the latest GZDoom. I love it, but I'm def done working on it. Gonna move on to revamping and releasing Maelstrom's Heretic: Element Storm (with his permission) after that. Because we all need more Heretic mods, right?
Last edited by Captain Ventris on Sun Sep 24, 2017 6:07 pm, edited 1 time in total.
Top

(The only thing we need more are proper MRJ-style mapsets.)
Top 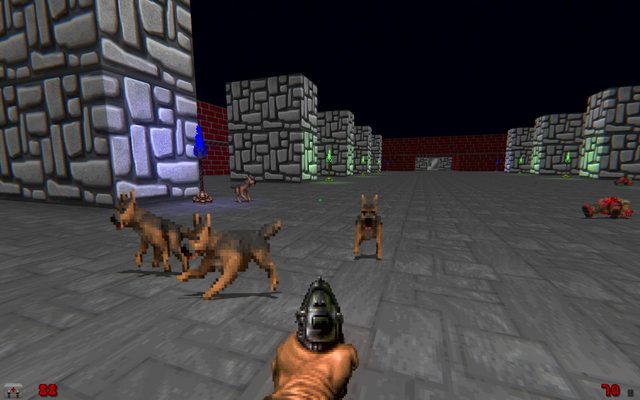 how BERSERKIN'! I also expected the fataility animation too. But never mind! It's bloody enough.
Top

Finally put out the final release of Doomvengers. Sheesh. Also the Villain pack! Put a loooot of work into that one. Now I just hope people play and enjoy it!
Top

New trailer for Ashes 2063. First attempt at video software. Any tips on how to get it to show up like a thumbnail? Like the videos above?

Vostyok wrote:New trailer for Ashes 2063. First attempt at video software. Any tips on how to get it to show up like a thumbnail? Like the videos above?

Instructions are cleverly hidden in the Image and Video Posting Rules. Hope they're helpful to you!
Top
30829 posts