Hi, I have (another) tiny little bug to report. This one is almost meaningless, but I'm kinda curious what is causing it, since it isn't present in ZDoom 2.8.1

I've noticed playing Software Rendering in newer GZDoom builds (4.7.1 and 4.6.1) that sometimes trees and other objects get clipped against the sky. This doesn't really happen in the base game (iwads), but I've seen it in multiple custom wads. I tried to take a screenshot, but it only captured the title screen for whatever reason (is that another bug?)... I'm using Windows 10.

Anyway, a great example is in Moonblood, level 32, the last secret level. Walk forward and right in the start, you'll notice one of the trees is clipping against the sky and half of it is disappearing. This doesn't happen in ZDoom or older versions of GZDoom from a few years ago.

I play more in software rendering than hardware rendering, so I guess I see this more than a lot of doomers. I've noticed it in other wads too, like Baculus or Jenesis, but that level 32 of Moonblood is an easy example because it's right there at the beginning of the level.

UPDATE: I guess I should call this a tree clipping bug. I went through and was specifically looking for trees, and I could find the exact same clipping issue in pretty much any wad with trees.

Another good example: Map 11 of Eviternity, right at the start. Some of the trees near you will clip into nothing, especially if you strafe. If you try running Eviternity in ZDoom, while it runs poorly in comparison, the clipping of trees isn't there.

I thought that maybe you meant the top of the trees - but they look fine to me. However, eventually I noticed that the side of one of the trees can disappear when you look at it from certain positions. Is that what you mean? 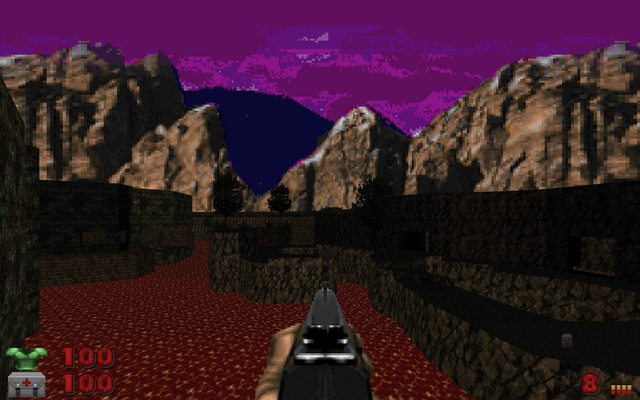 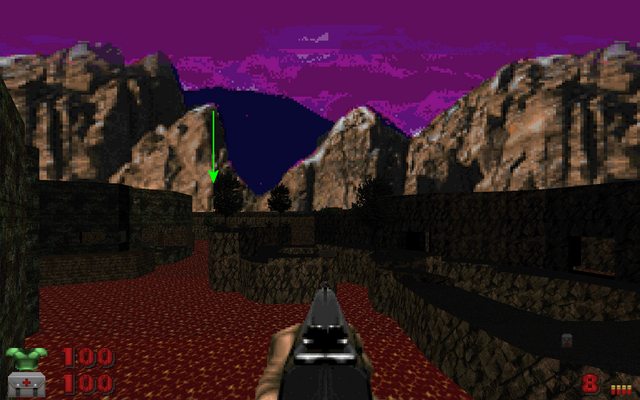 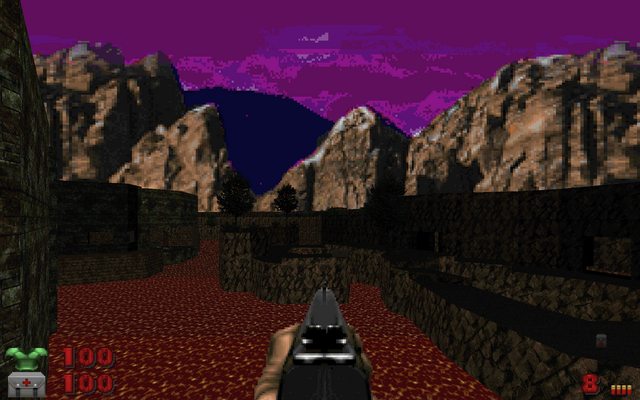 Enjay wrote:I thought that maybe you meant the top of the trees - but they look fine to me. However, eventually I noticed that the side of one of the trees can disappear when you look at it from certain positions. Is that what you mean?

That's exactly it! Sorry, I should have been more specific, I meant the sides clip, not the top or bottoms. Those are also the precise screengrabs I was trying to pull, but Windows 10 was only giving me the cloudy Moonblood title screen for whatever reason. (I wasn't using any third party programs.)

By default GZDoom uses a RenderRadius that is the size of the object's Radius itself. When that is too small (i.e. the sprite is bigger than the RenderRadius) things like this happen. The same effect can be observed in the classic Doom engine simply by allowing the sprite to go off the edge of the screen - then it literally just disappears.

A workaround for this is to either manually fix the objects yourself with the mod by increasing the RenderRadius of the trees in question, or use the following CVAR: r_scene_multithreaded 0 (defaults to 1)

Got it, thanks! So I take it the reason old school ZDoom doesn't have the issue is because it's a single core port. (I actually didn't know GZDoom took advantage of multiple cores for software rendering!)

I'll try that workaround, thanks again.

As for screenshots, how are you trying to get them?

By default, the PrintScreen button should be bound to take a screenshot. When you press it, a screenshot should be saved to a subdirectory of your GZDoom folder called screenshots.

What you are describing sounds like what happens when you press PrintScreen but instead of checking the screenshots directory you then paste the contents of the clipboard into a paint program of some sort.

It's not a Win10 problem because that's what I'm on.

I was doing the copy and paste, as that's what I've done in the past (and it usually worked), but I noticed that proper screenshots were in a folder after posting here! Very convenient. Thanks!