When lights are enabled, even with "+set gles_force_glsl_v100 true" there are shader compilation errors.

Re: Light shader code not compatiable with old GLSL version

Thanks for making this thread, Emile.

Ill recap them here (and remove them from the main thread):

Redneckerz wrote:GZdoom launches correctly, but as soon as you start a new game, the following appears. 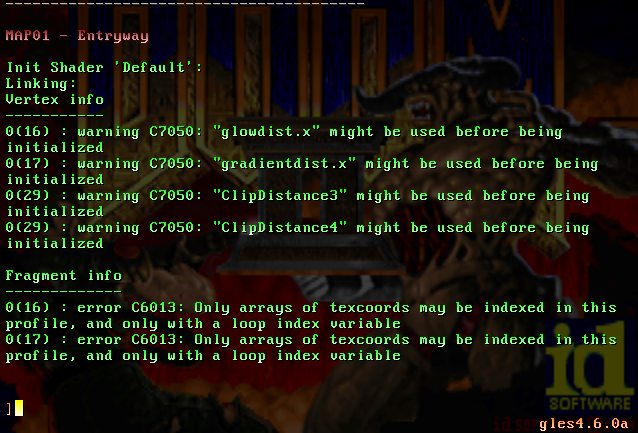 It does not outright crash, just does not start until you disable lights.pk3.

Redneckerz wrote:That bombs out with a slew of errors: 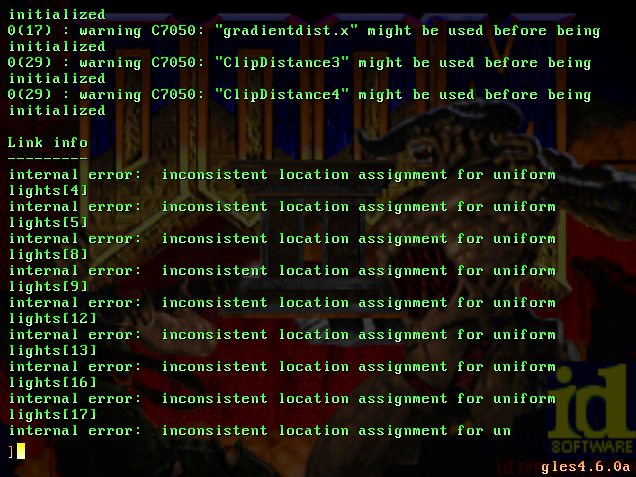 However,when lights.pk3 is selected, the issue seen in the first picture reappears. So lights.pk3 does not play nice on the renderer.