I just started playing through the new version last night. If I come across any bugs along the way I'll let you know. :3

I didn't come across anything that would block or break progression but I did encounter some issues. This was playing with Trailblazer and SUAB Monsters only, by the way.

In the level "In The Void" the regular Megasphere shows up instead of what should be Trailblazer's Cigsphere. 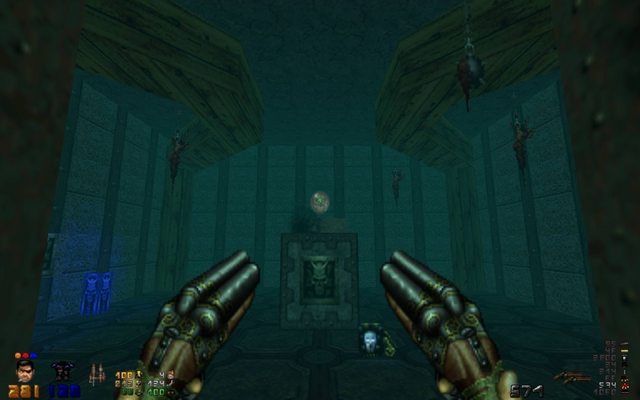 Additionally, when I make the Megasphere port to where you're supposed to pick it up, I can't pick it up at all. 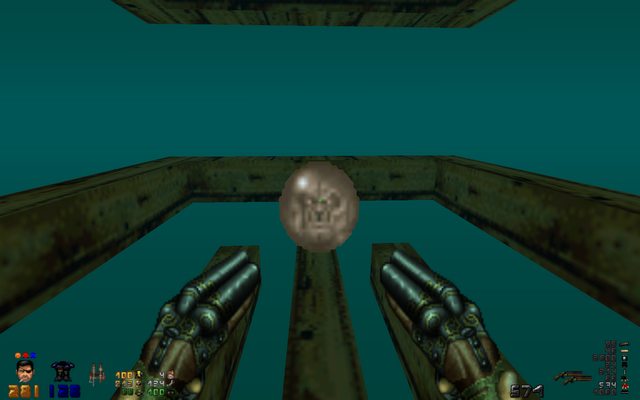 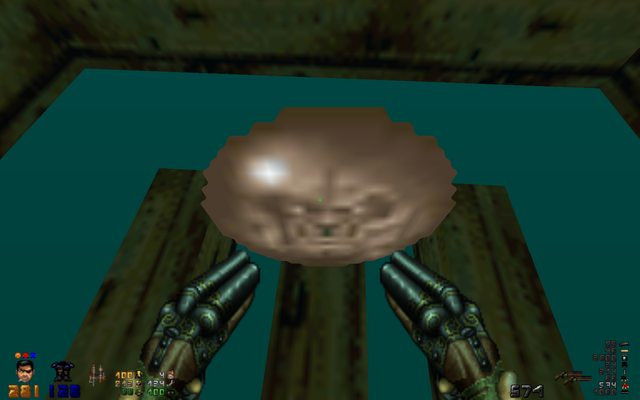 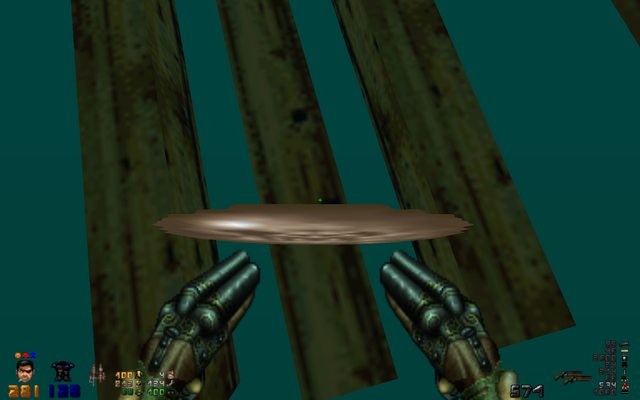 In the level "Traps" the same thing occurs as in "In The Void": the regular Megasphere shows up instead of the Cigsphere. However, it doesn't even spawn where it's supposed to spawn when you trigger the conditions to make it spawn. 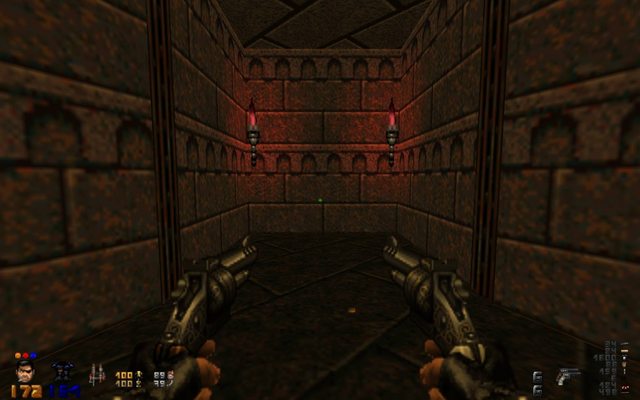 In the level "The Sanctum" there are missing thing sprites as well as another Megasphere that shows up instead of the Cigsphere. 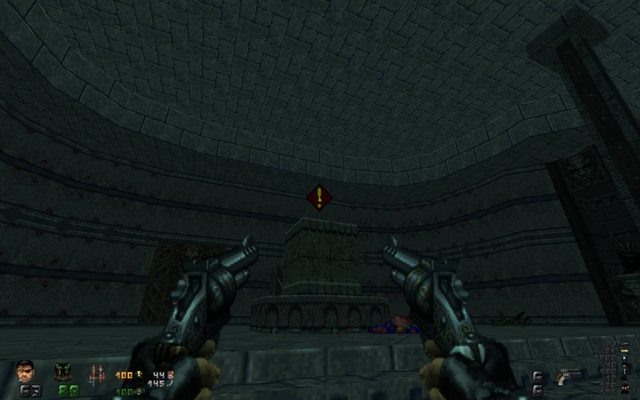 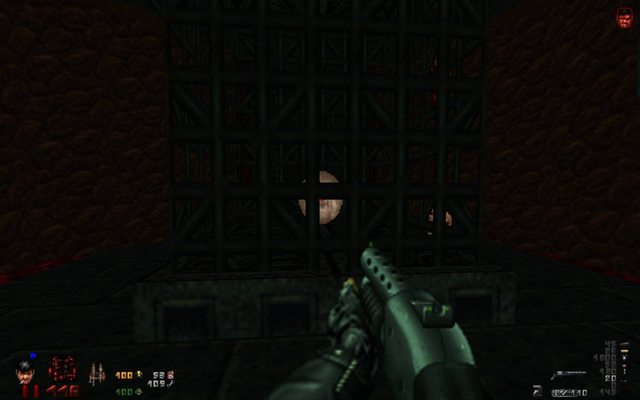 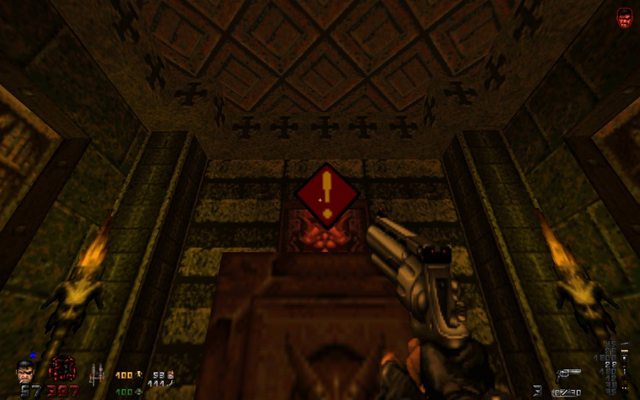 Let me know if you need me to go back and get more screenshots or if you need more detailed information of those locations.

Those missing actors appear to be for similarly "fake" Soulspheres and Megaspheres. I've added the missing code and will upload with it once my Internet becomes more stable. Thanks for the heads-up.

EDIT: The link should go to a fixed version now. Apologies for the inconvenience.

By the way, how do you access the Revenant disco club level in consolation prize?
Because from what i (poorly) remember in the original ps1 port, it involved something to do with the player's save file.
might be wrong.

whatup876 wrote:By the way, how do you access the Revenant disco club level in consolation prize?
Because from what i (poorly) remember in the original ps1 port, it involved something to do with the player's save file.
might be wrong.

If it is accurate to the PSX port, you access it from The Mansion. (source)

Minor update to the N64 mod that replaces all the Ogg music with Impulse Tracker ports of the original MIDI music, giving nigh-identical results at a fraction of the filesize! Seriously, the mod's gone down from 75mb to 17mb. It's nuts.

MASSIVE thanks to Can't Sleep on the ZDF Discord for figuring out how to do this!

Kinsie wrote:Minor update to the N64 mod that replaces all the Ogg music with Impulse Tracker ports of the original MIDI music, giving nigh-identical results at a fraction of the filesize! Seriously, the mod's gone down from 75mb to 17mb. It's nuts.

MASSIVE thanks to Can't Sleep on the ZDF Discord for figuring out how to do this!

Will this treatment carry over to the Doom PSX TC?
i'm dying to play the psx levels with the impulse tracker port of it.

YukesVonFaust wrote:Will this treatment carry over to the Doom PSX TC?
i'm dying to play the psx levels with the impulse tracker port of it.

Since Can't Sleep figured this method out first, I want to give them a chance to convert the music themselves before I start barging in and making a mess of the pots and pans. It's only fair.

Minor update to the PSX Doom mod that, once again, uses Can't Sleep's conversion process to halve the filesize.

I meant to do a follow-up playthrough after you uploaded the bug fixes I reported to see if they were still present but a combination of Real Life™ and me being a brainlet happened. Oops.

Sorry for the double post. I thought about editing my last post but this is a pretty comprehensive (and long) bug report for the current versions of Doom 64 and PSX Doom Consolation Prize so I thought a bump would be more fitting. These were discovered in GZDoom 4.1.3 with Default Compatibility settings.

-The Megasphere that spawns in the Doom 64 level "In The Void" can't be picked up. I know I reported this last time but I also checked to see if it happened without gameplay mods and it does. In fact, when I did encounter this and other bugs I went back through the level without gameplay mods to make sure it wasn't a mod doing something it shouldn't be.

-In the Absolution level "Forbidden Deeper" there are two arenas where it looks like monsters are spawned and then supposed to be launched into these arenas. However, they instead fall into the outside of the arena, making them impossible to kill unless you use the 'fly' console cheat to fly up and shoot them all or use 'kill monsters' to kill them all. I believe it's also necessary to kill them to exit the arenas you find yourself in.

-In the Redemption Denied level "Secondary Complex" you have to enter a red door to get a blue key. However, you can't exit out the same red door unless you noclip through it.

-In the Redemption Denied level "The Sanctum" there's a missing sprite/thing that I think is supposed to be a Megasphere.

-In the Outcast level "Traps" the Megasphere that's supposed to spawn at the start once you reach the exit (but not activate the exit switch) doesn't spawn. It's the same bug from before.

-In "Containment Area" there's some missing switch textures for these pillars. I don't recall if the original PSX version had the switch textures or not but I thought I'd bring it up anyway. You can still activate them though.

-In "Threshold of Pain" the switch behind the blue key barrier doesn't work so the walls blocking access to the teleporter can't be reached unless the player uses noclip.

-In "Dead Simple" the walls don't lower after killing the Mancubi and their variants when using monster mods (in my case, Doom RLA Monsters with LegenDoom Lite) but they do when in vanilla. I bring this up because I didn't have these issues with prior similar levels "Phobos Anomaly" and "Tower of Babel" in the TC despite using the aforementioned monster mods. I also didn't encounter this when playing through IWAD's either so I dunno if it's something with PSX Doom or the monster mods I'm using.

-In "The Factory" there's another instance of a switch not working which can leave the player trapped unless they noclip out or reload a previous save.

-The level "Redemption Denied" suffers from the same issues I encountered in "Dead Simple". When using the aforementioned monster mods, killing the Barons and their variants doesn't lower the walls that reveal the Spider Masterminds, leaving the player stuck unless they noclip to the room with the exit portal or use idclev/changemap.

-The level "Onslaught" has a switch that I think is supposed to lower the floor when activated. Instead it raises the floor which will either kill a player with insufficient health or leave them stuck.

And that's it! Let me know if you need me to elaborate further on any of the bugs I encountered or need better/additional screenshots for the bugs I mentioned. In the meantime I'm gonna get me some rest/sleep and then get to work on doing a couple of megaWAD playthroughs with MetaDoom so I can provide feedback on that. :D

I'm not sure when or whether or not you still think of doing anything to do with Consolation Prize but in case it wasn't brought up (and it's kinda related), there's this GZDoom TC based off the GBA port of Doom 2.
https://www.youtube.com/watch?v=ktv80twEYQg

Is there a way to Disable this Blood Sprite ?

Just finished playing the 90 level PSX set (v1.1), and had a few bugs to report.

Here's what I saw (had to noclip a few times):
- Doom 1 Map 8 (baron boss): the wall surrounding the arena never lowered.
- Doom 2 - Refueling Base - there's a skull switch in the "barracks" area that doesn't seem to work.
- Doom 2 - The Factory - in one of the out-buildings there's a teleporter that goes straight to the center of the large interior, into/on top of the raised central square. There's a skull switch inside there to let the player out that doesn't seem to work.
- Doom 2 - The Citadel - there's a pit in the southeast that can be teleported into from near the yellow key. It seems to be unescapable.
- Plutonia - Map 90 - After the cyberdemon fight there's a strange door... in the "real" Plutonia this is some sort of instant transition downward elevator. Somehow in this version it slowly moved down while revealing missing geometry with the skybox showing through, and I was unable to do anything with it. Noclip through it dropped me into the correct area.
- Ending credit screen - text overlays itself in one big pile.

Anyway, that's all the bugs I observed. I figure the first one is due to a negative interaction with DRLA Monsters, but haven't retested without (ended up playing Plutonia again).

Amazing bit of work assembling all of that! I never knew about it before, and wish I had played it before Doom 64 now. The good use of colored lighting adds so much, even with what is lost from the reduced texture sets.