I was just wondering if it was possible to set the amount of friction directly in a sector in UDMF?

It strikes me as the kind of thing that should be possible, so many things are - colour, fog, floor/ceiling brightness, damage, terrain type, gravity etc etc and it just struck me that friction would be one of these possibilities too but I don't see the option anywhere. I can see the option to enable/disable it in the generalised effects, but nothing to allow me to set the actual friction value directly in the sector. Is it possible?

It is easy enough to use Actor Enters Sector

Since the sludge selection in Terrain does not seem to do anything, I guess, it would be nice if that feature could be squeezed into the floor item space, as friction is not affecting travel through air. 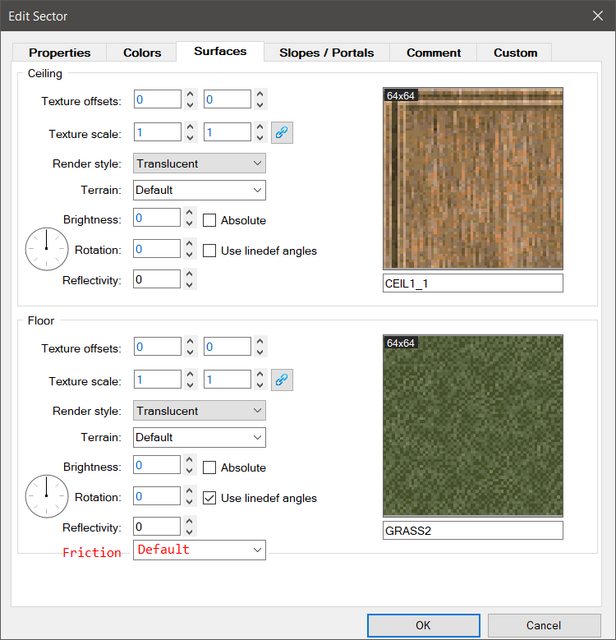 Please excuse the obtuseness of an old man whose memory at times fails.
And I am not well versed in programming.

As I mentioned above, setting the Floor Terrain option to Sludge in Edit Sector 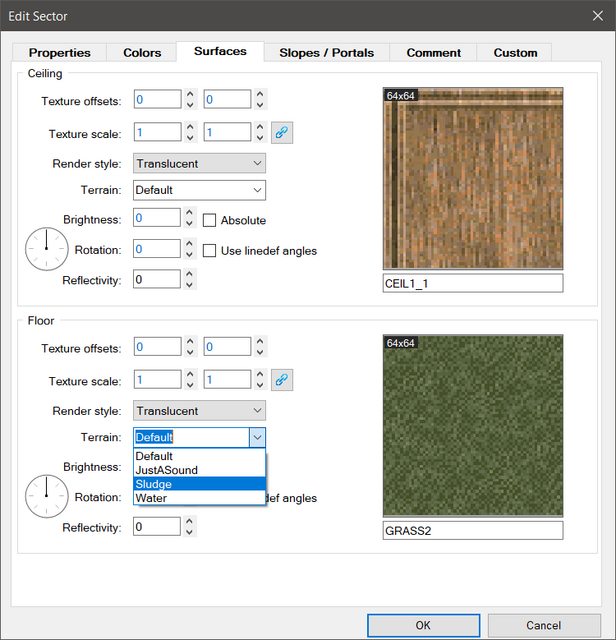 does not impact the speed of the player, or at least it did nothing in my simple test map.

However, the values for Friction are already exposed in the action special 219:Sector_SetFriction (tag, amount). 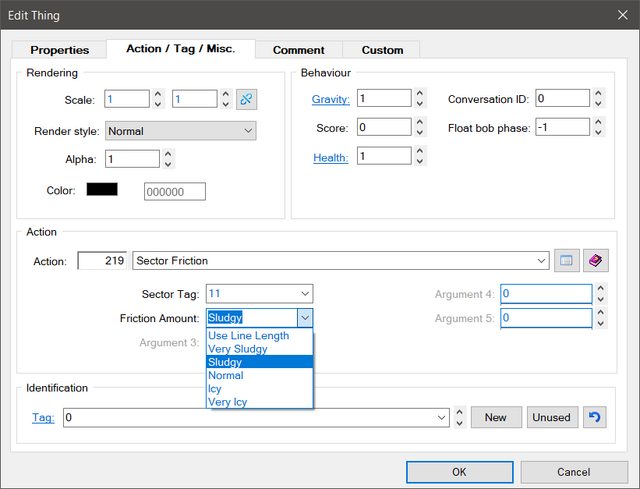 Could those not be brought forward into a separate Floor Friction field for UDMF?

Kappes Buur wrote:@boris
As I mentioned above, setting the Floor Terrain option to Sludge in Edit Sector

does not impact the speed of the player, or at least it did nothing in my simple test map.

Why would it? That terrain doesn't have a friction set. You can't slap a random terrain on the floor and expect it to have friction. You have to define a terrain with friction yourself.

To be clear, I was mostly asking if this actually existed as a sector property in UDMF and only if it did where I might find the option in UDB. Given that it doesn't seem to exist, I'll open a feature suggestion for it but I'm not even sure if adding such a thing to UDMF is possible. I'm not well-versed with the spec or how changes can be implemented.