How are they compared to the textures in Descent Maximum*?

* not played entirely through Maximum, it's a quasi-Descent 2 and may/may not have the whole texture set

Looking at Descent Maximum's data, it does seem like they included every texture present in Descent 2, but all of it appears to be in 4-bit color, like the original Descent PSX port. A lot of my stuff is squeezing >16 colors, so it seems this compares relatively favorably.

Edit: Here's a more direct comparison of an asset that suffered horribly in Descent 2, the player helix ball. Mine on top, Maximum's on bottom:

Both graphics are 16 color, so PSX wins out here, my algorithm wasn't able to guess the source colors well enough. I'll need to see if I can somehow incorporate this into my algorithm, but I'm not sure how I would.

also, unrelated edit, but if anyone downloaded InjectD3, I needed to put up a fixed version that actually includes the proper OpenAL Soft binary. Ooops 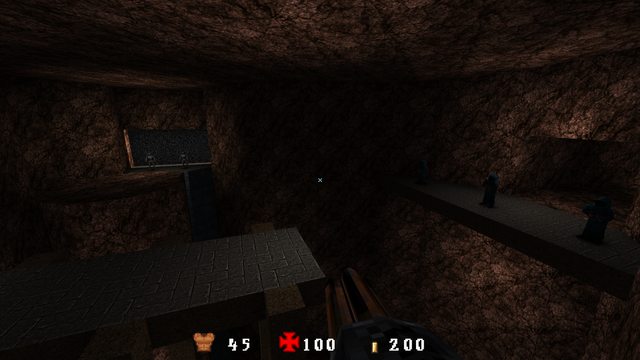 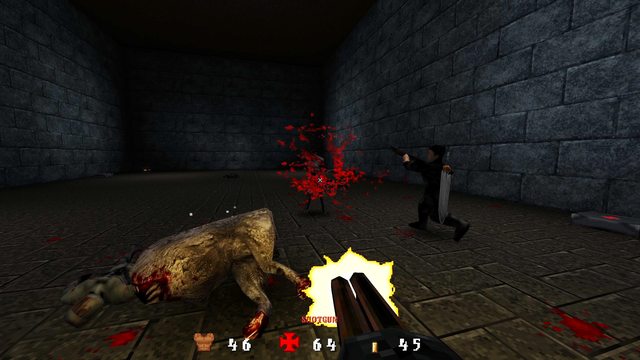 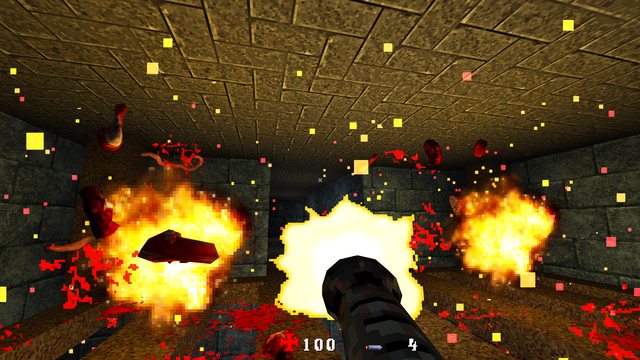 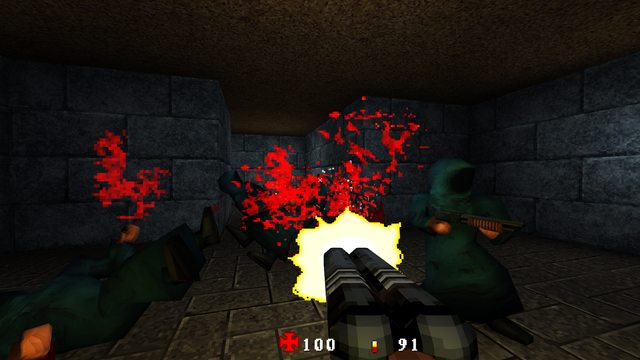 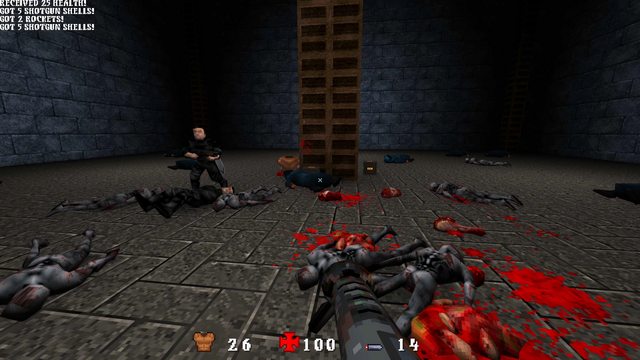 More images from "I Made A Quake Clone In 10 Days"! 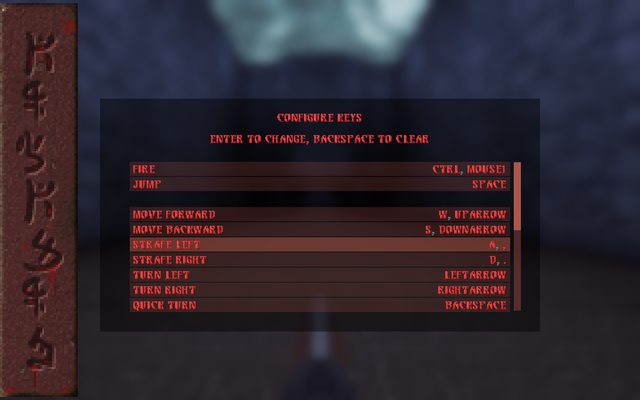 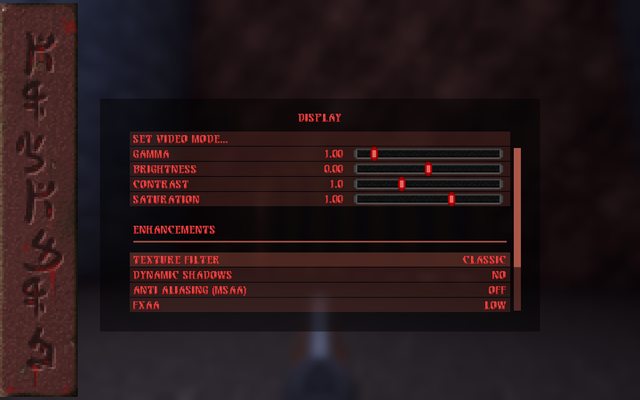 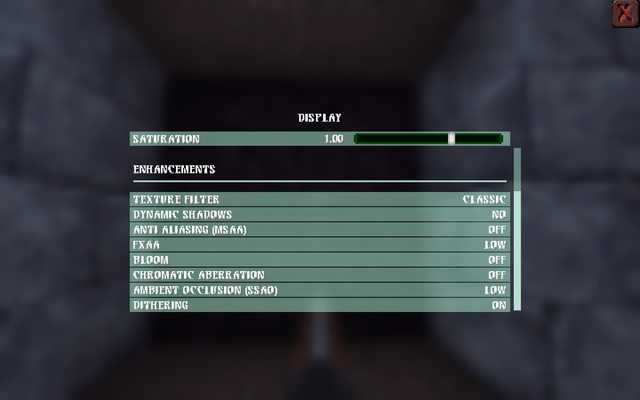 [EDIT] easily reskinnable too, can be any colour you want (the third image]

Complete overhaul of the system menu. This is all MENUDEF, not ZForms or any other third party library. :)
Last edited by Nash on Sun Sep 12, 2021 3:42 pm, edited 1 time in total.

That looks cool: nice and original, clear and simple. It looks both modern (with the highlighting etc) and retro at the same time. Nice job.

Wait wait wait, all in MENUDEF?
I swear I thought it was all ZScriptified.

Well, I mean, the widgets are indeed all ZScript. The menus are still defined inside MENUDEF, but the menu class and the widgets are heavily modified (here's an example of one of the menus):

Nash wrote:Well, I mean, the widgets are indeed all ZScript. The menus are still defined inside MENUDEF, but the menu class and the widgets are heavily modified (here's an example of one of the menus):

Oh, I see.
I really should research more into the topic of ZScript MENUDEF extensions, as that could help with something I'm working on.

30 seconds of video for a stuff i'm currently programming.

More info to be revealed soon, once i'm allowed to share more about.

Kickass animations and the artstyle. Keep up the good work, team!

Hello everyone, there have been no screenshots and vidos from me for a long time. I show you this creation: VactionBackup.
A bit of history:
Doom Vacation is a set of maps converted from the Duke Vacation add-on. Maps numbered 5, 6 and 7 were not transferred for quite clear reasons - everything was done at a time when such things as 3D floors / decorate were quite rare and more than half of the chips simply would not have worked in the game ...
In the video, the last, 7th map, a new chip is demonstrated - an imitation of water from Duke 3d. So far, it is a test one, but it turned out to be combined into a simple practical script with three parameters. If it works fine in multiplayer, then it opens up enough space for imagination without using the dumb system with the TransferHeights action.
You can easily make different geometry "above" and "under" water and all this without portals, which makes it possible to make maps for zandronum.

Been following this on twitter - it looks super cool!

Working on Endless Madness 2. This is my favorite view/landscape in one of the maps I'm working on. The soft shadows give it a really nice look.

See that building the building on the left? It's about 30000 units away. You actually drive there with that tank I left on the road in the distance. 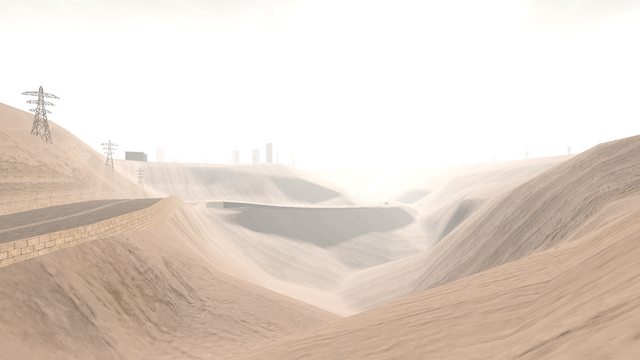 Tho it's hard to imagine how laggy it would be on my computer but goddamn that's a lot of units. You obviously can create anything in Doom Engine.