Notice: The survey is currently closed. GZDoom 4.5.0 does not include the survey code that 4.2.0 did.
Important: 4.5.0 is the first version to be released as 64 bit exclusively.

Important note about the mouse setup
This release removes some magic factors from the mouse sensitivity setup. Old configurations will be adjusted automatically, but for new configurations the default are a bit different to closer match an average mouse. Our testing showed a large variation in how different mice handle, so please make sure you set this up properly for playing as the average cannot match all devices.

How do fixed sized menus work? I noticed that my menus are way bigger now and some actually get cut offscreen like this one 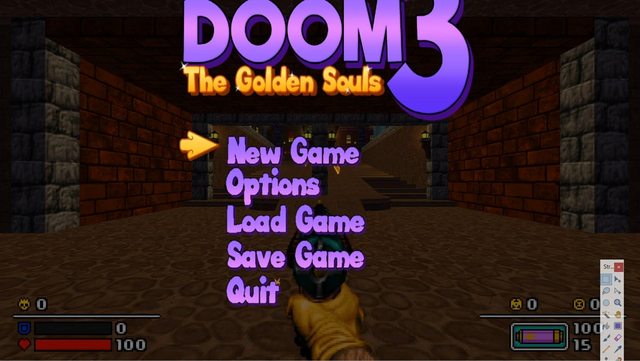 So i'm guessing there's a way to set the size for it now?

Yes, there is an option in the 'miscellaneous options' menu to set the default to the old layout, and for mods there's also a way to force the old setup by specifying 'size clean' in MENUDEF.
Or if you still want to scale to the full screen but with a 4:3 aspect ratio, specify 'size 320, 240'.

Thanks for everyone’s work on this! There are some exciting updates in here

It's a very wide release alright.

Awesome, a lot of new stuff. Great work as usual!

There's also the ability to rotate, scale, and manipulate overlays in a variety of new ways now too.

Very nice, very nice indeed. I hadn't realised that the list of fixes and additions was quite as long as it is.

This does indeed seem to be a really good release.

As ever, thank you very much to Graf and all other contributors who made this possible.

Graf Zahl wrote:Yes, there is an option in the 'miscellaneous options' menu to set the default to the old layout

Is it known that the text for this is... well, not there? 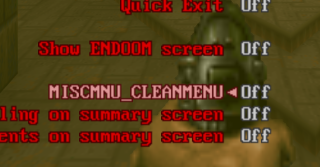 I thought I'd seen it mentioned on the forum a little while back.

I thought I'd seen it mentioned on the forum a little while back. :?:

It's there on my end. I downloaded it from this thread, and it shows the correct text.

Well that's strange, I redownloaded and tried again and - the option now has its correct text. No idea what happened there.