These are very impressive maps - a bit dark for my tastes but still very impressive. They are just packed with loads of features and are a great example of high tech Doom mapping.
Top

Here are a few screenshots to hopefully wet the appetite. I updated the OP with these, as well. 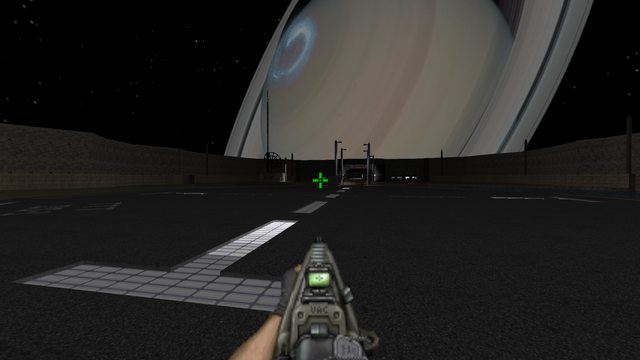 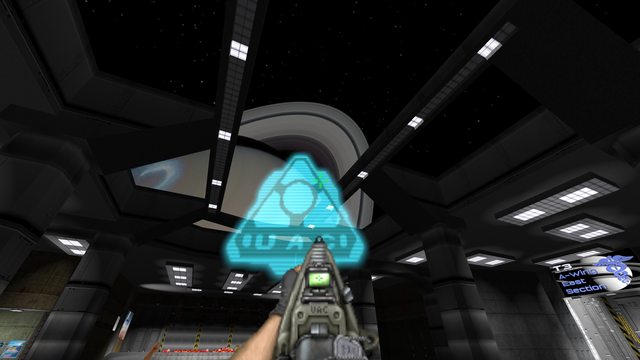 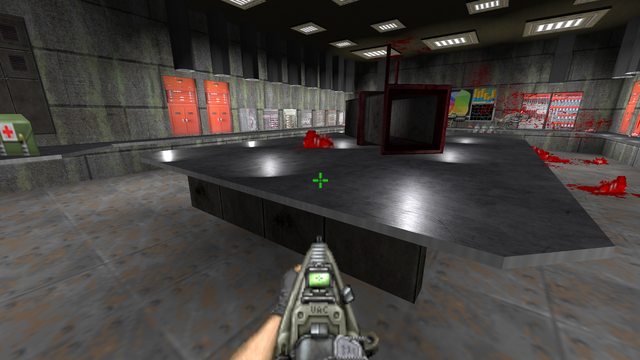 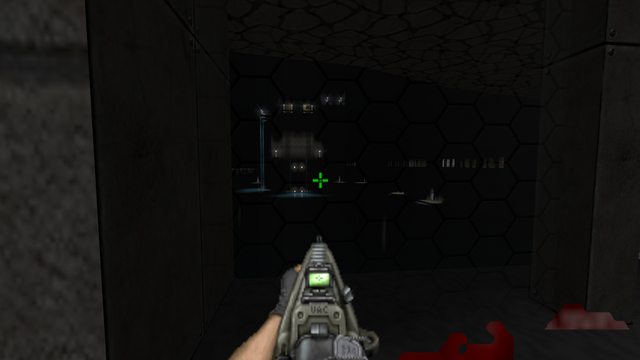 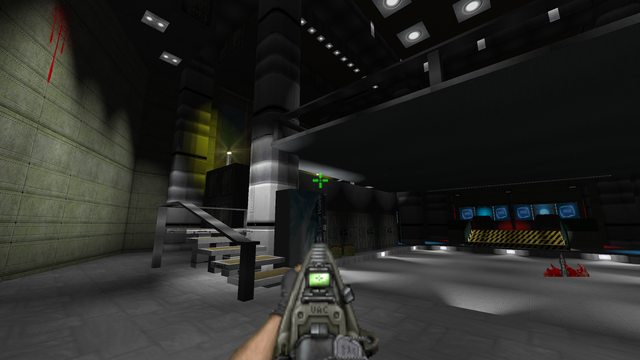 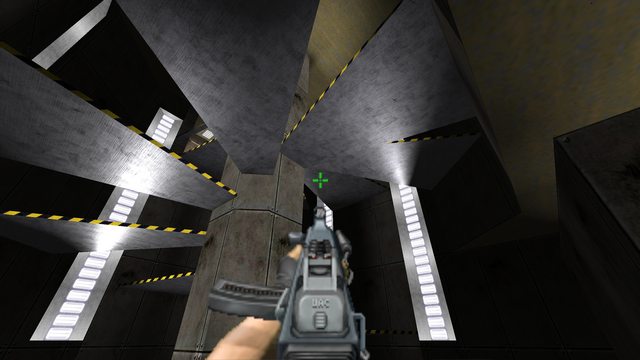 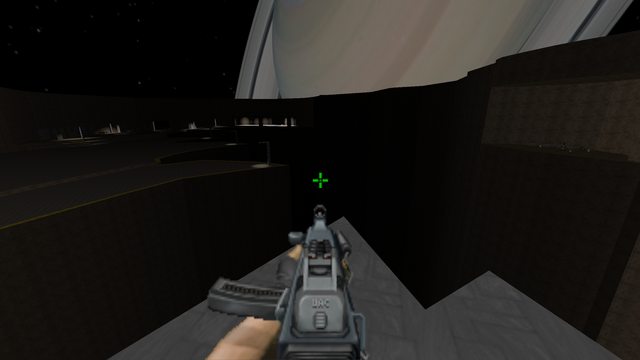 Good stuff, I waited for v0.3 and yeah the performance seems a little better. Had to lower a lot of settings to maintain a decent frame rate. GZDoom is more CPU dependent then GPU (though a nice GPU doesn't hurt).

Thanks for sharing that @Kills_Alone. I'm looking forward to seeing the rest of them.

We've got a proper page on ModDB now. You can find it below. I also updated the OP link.

As to the status of Map04, well BarefootMapMaker and I have been discussing it. Right now he's pretty slammed with work. So things need to quiet down a bit there. This winter, we know there will be days when he can't drive due to bad weather, so those will provide time he can work on it.

In the meantime, watch the ModDB page, rate, comment, do all the things.

you added a 3rd map? nice, ill check it out
Top

ModDB's Mod of the Year voting is open. If you'd consider giving us a Vote, it'd be really appreciated.

Thanks, all. Also, we're not gone, just been busy with life stuff.
Top

It's been a while, and we'd taken a bit of a break after releasing 0.30. We're back at it, now. So I just wanted to share a bit of a status report.

Barefootmapmaker has started going through maps 2 and 3 again, and tweaking some things. He was never that satisfied with how Map 3 turned out, so he's been refining it to make it feel more fleshed out and polished. After that, he'll be starting on Map 4. The inspiration for that one will be The Focus, but he's going to put his own style to it, just as he has for the previous three maps.

can't give a timeframe as to when we'll see a new release, but I just wanted to say that we're still here, and we're back to it.

I just wanted to let everyone know that we're released version 0.35. A lot of changes, especially to the second and third maps.

We hope you enjoy it! There will be more to come, too!
Top

Today, we're really proud to release v0.40 of our mod.

See the post for more details and for the download. Since pictures are worth 1000 words, here's a couple for you all. We hope yu'll go check it out! 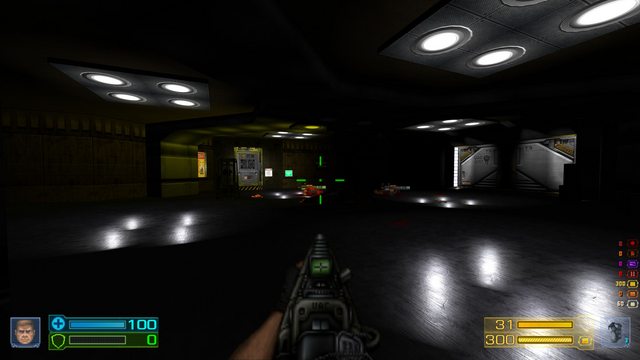 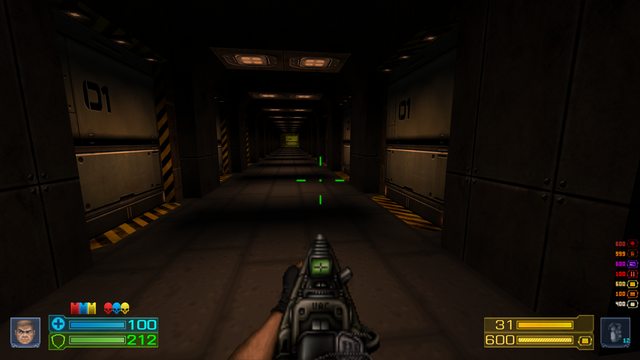 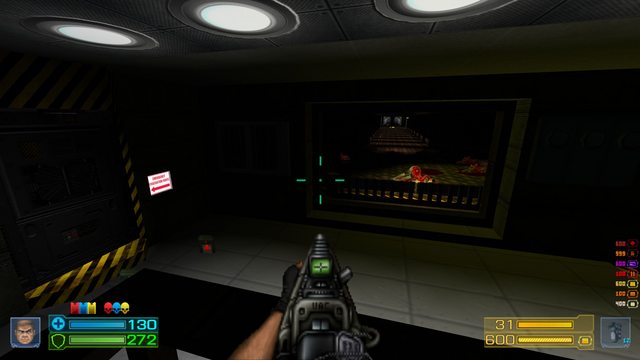 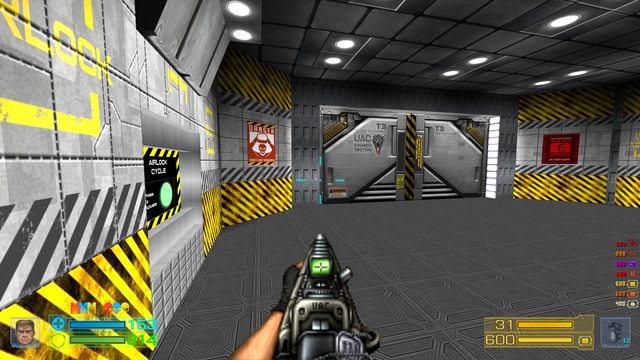 We hope you like it. We had to do some fast fixes oer the weekend, and ModDB held the uploads for verification, but it's all live now.
Top

I just wanted to post a quick update here to let you all know that we released version 0.42 of Dragon Sector. I'm nnot sure how I missed updating this post, but somehow I did.

The mod can be found here:
https://www.moddb.com/mods/dragon-sector-the-remake

We've also got a pinned post with a status update on the progress of Map 5. So, give that a look too!

Finally, BarefootMapMaker has started to make walkthrough videos of the maps with commentary and notes about what's included. I'll embed them below for your convenience.


We hope you enjoy them, and if you're seeing it for the first time, we hope you'll give it a try!

Played through 0.42 with Supercharge and Flashlight++ (since in some parts it's a tad too dark for me). The drones/bots/turrets are great help because the newly added enemy variants can be quite deadly.
Some opinions for drones/bots: As for the maps, I like the base feeling realistic enough, only some parts seem a bit empty to me probably due to the size.
And kudos to no BD/PB dependence so I can play it with other weapon mods, although a few secrets seem to require double-jump/ledge-grabbing abilities (e.g. secrets in the skyway map).
Top

NovaRain wrote: ↑Sun Sep 25, 2022 8:45 pm Played through 0.42 with Supercharge and Flashlight++ (since in some parts it's a tad too dark for me). The drones/bots/turrets are great help because the newly added enemy variants can be quite deadly.
Some opinions for drones/bots: As for the maps, I like the base feeling realistic enough, only some parts seem a bit empty to me probably due to the size.
And kudos to no BD/PB dependence so I can play it with other weapon mods, although a few secrets seem to require double-jump/ledge-grabbing abilities (e.g. secrets in the skyway map).

Hey, thanks for giving the maps a try. We really appreciate it!

To touch on your suggestions about the drone and bots, we're still not completely satisfied with them. To get them to be quick on the draw the See and Spawn states have to be very short, but that ends up calling Chase each cycle which is what's making them turn around and such. Being able to give them orders to stand by is something I hadn't thought about, so I'm going to see if I can make that work. There actually is a threshold for bots and drones turning hostile, but depending on the weapon mod you might hit it in one shot. My plan there is to build in a bit more wiggle room, and to also add some audio cues to let you know where on the hostility scale you register at.

Some of the secrets do require double jump, but we're trying to not make that a blocker for actually finishing the maps. I know there's a lot of mods that do have double jump, and I think there's a standalone double jump mod as well, if I'm not mistaken.

We do really like PB as a gameplay mod, and that is what we design around, but for the most part we're not relying on it. So, I guess we can add Supercharge and Flashlight++ as being compatible with Dragon Sector, too. Thanks for letting us know.

I hope you'll stay tuned for more. James has ideas for the remainder of Map 5, but it is going to be a lot of work, and trucking has been very busy of late, so the time just hasn't been there.
Top
41 posts