HELLO GENTLEMEN, ON THIS VERY DAY, A NEW VERSION IS HERE. 0.6!
Why skip to 0.6, y’may ask? Because I had 0.5 done and sent it to a few people, but I realized right afterwards that I forgot to fix a few more things.
So to prevent a bit of confusion, more stuff was fixed and released as 0.6.
-snip-

hi darsycho i found a bug in the level 1 of the standalone version 0.6 , its about the alpha,beta and omega emblem puzzle, i cant get the alpha element, when i pick up its not appear in the inventory so i cant pass the puzzle. i tried twice, first take the alpha, later in the second one, take the alpha after taked the other 2 and its the same problem.
Top

My friend BigProjectAlone was having issues with the alpha emblem as well, but it was working fine for me.
He downloaded v0.6 though and it seemed to work fine. I've checked everything and I'm just not seeing how it would happen.

I must report than I am unable to replicate the issue. I picked up the Alpha Emblem exactly as expected.
Top

I can confirm using the standalone version 0.7 that I am not able to get the alpha emblem instead for whatever reason the game gives me an arbalest bolt instead.
Top

hi a little problem im found in the level 6. in this part, when I kill the enemies for some reason there is one inside the wall that not attack but i cant damage him. the attack pass the wall but not damage him. Dominator94 wrote:I can confirm using the standalone version 0.7 that I am not able to get the alpha emblem instead for whatever reason the game gives me an arbalest bolt instead.

Man, it's a real pain when others are experiencing bugs but I ain't, even when using the exact same version and port. I have an idea that may fix it, but considering how I'm not getting the bug, I'm not sure if it'll work.

mekanchest wrote:hi a little problem im found in the level 6.
in this part, when I kill the enemies for some reason there is one inside the wall that not attack but i cant damage him. the attack pass the wall but not damage him.

Not exactly sure what's going on here, could you by any chance do a video recording of it?
Top

Alrighty, a new version with some mistakes fixed.

Awesome, just beat Level 1, hope it gets even weirder after. You forgot to add the elevator music from Exploding Lips, though, or did you ignore it on purpose?
Top

Lemonore wrote:Awesome, just beat Level 1, hope it gets even weirder after. You forgot to add the elevator music from Exploding Lips, though, or did you ignore it on purpose?

I did use that music, it appears in the credits, as it also did in the 2013 single level version of mayhem mansion. :v
Top 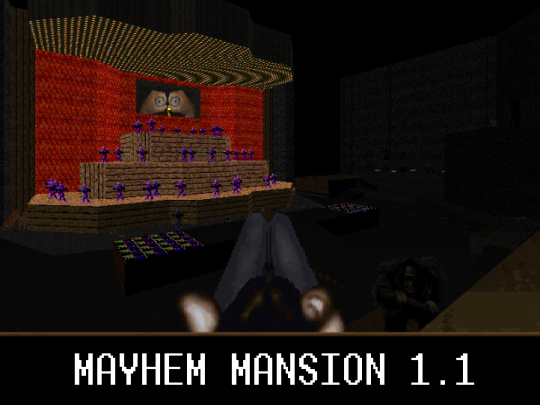 I finally got a new version of this out after 5000000000 fuckin years, many new changes, additions, and stuff! 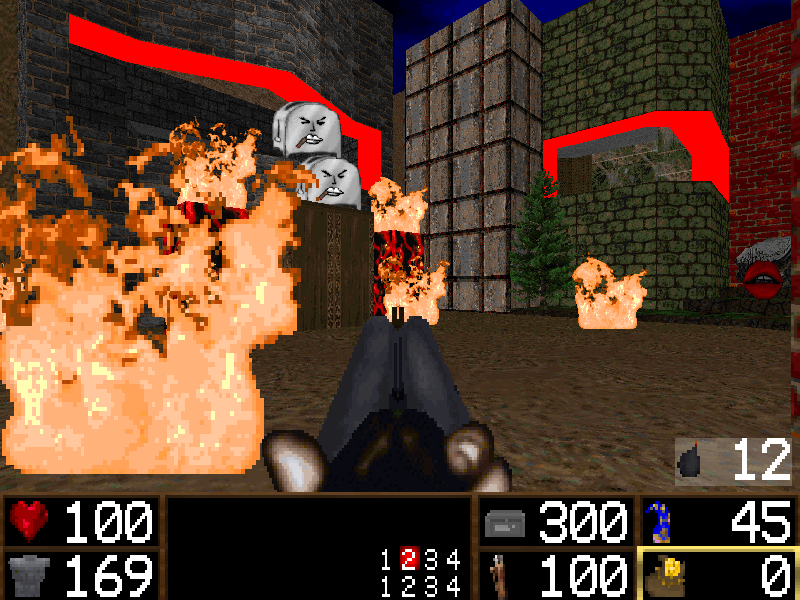 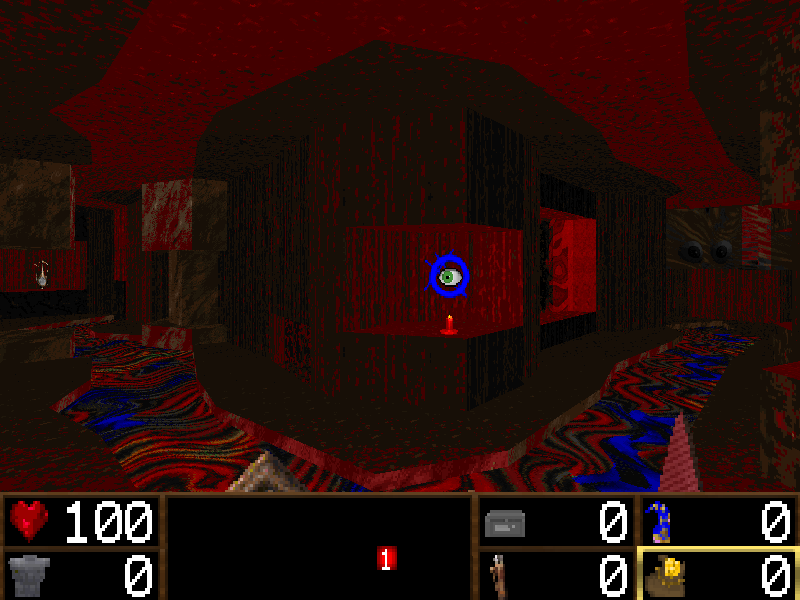 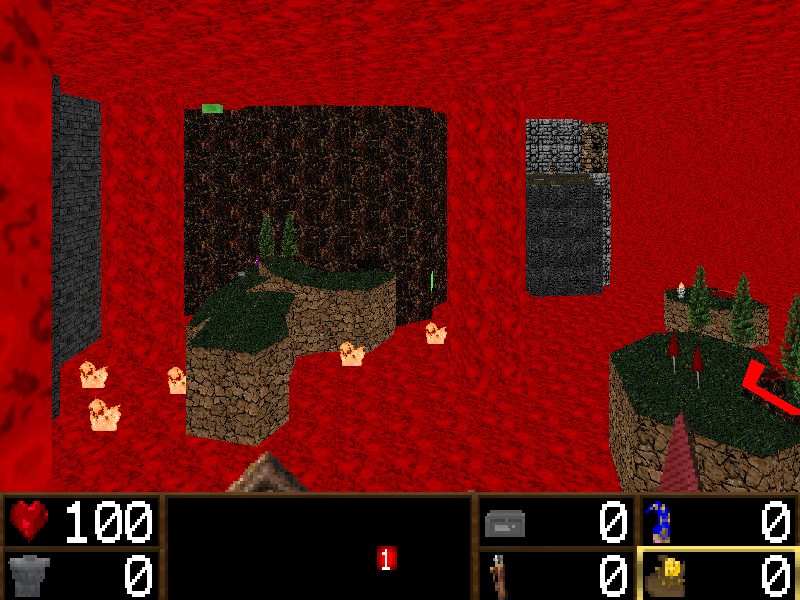 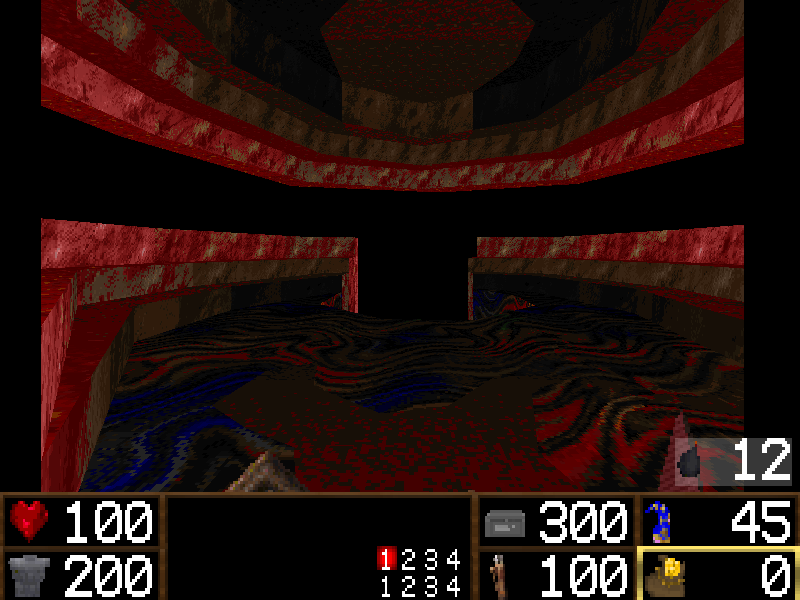 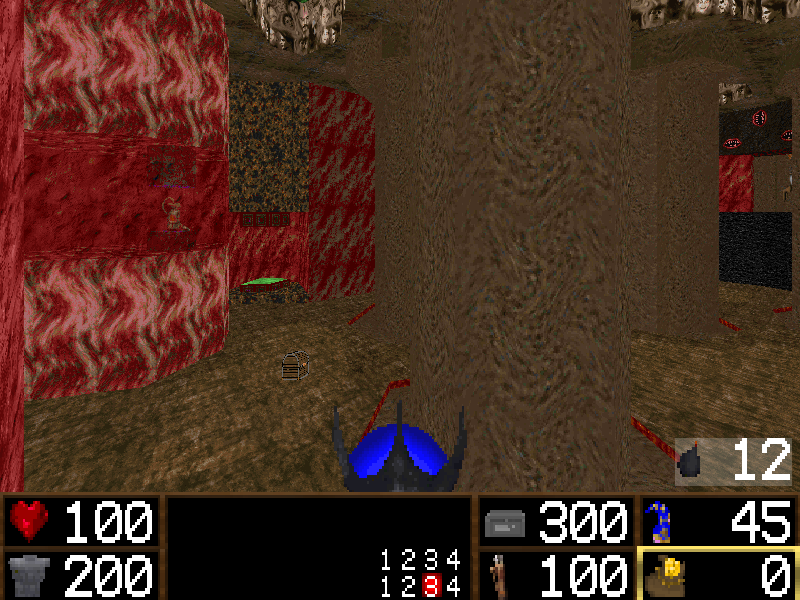 CHANGELOG MOFO!!! (i might've missed a few things to put!)


- REMOVED: The giant flower enemy that produce sonic waves that just simply pushed you back, it was a worthless enemy that wasn't fun to fight and only appeared twice in the entire game, so I just axed it. A better version of this enemy will appear in MM2.

oh yea and i guess a download link too (:
https://darsycho.itch.io/mayhem-mansion

THANK AND HAVE DAY OF GOOD.
Top

Time to clear my schedule for today =D
Top
198 posts