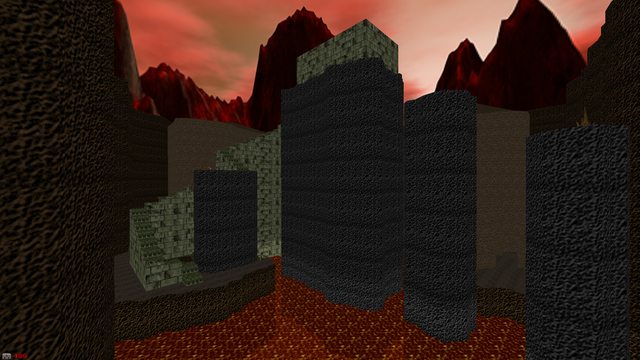 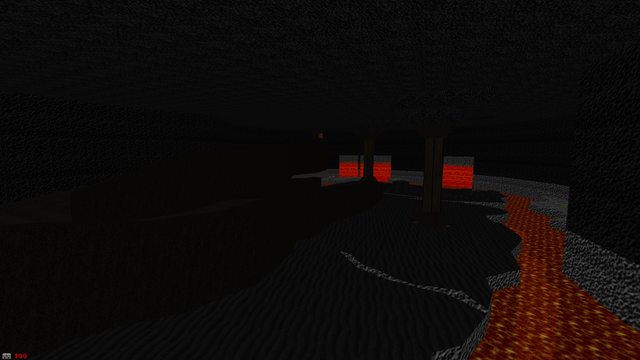 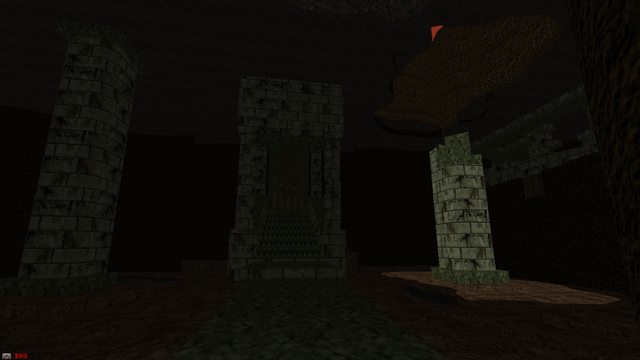 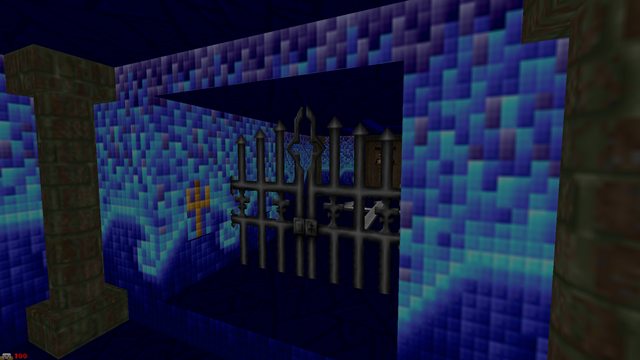 Recently I decided to finish the weapon set I was making for Realm, (I released the weapons as a stand-alone gameplay mod here: viewtopic.php?f=43&t=65445&p=1112610#p1112610), while working on the weapons I decided to revisit Realm. I found many bugs and mechanics that I'm not happy about, so I decided to update my initial alpha release. I've fully integrated my weapon mod and most importantly fixed a huge amount of bugs with map itself. The map is still not complete and likely never will be so I am going post the update here in case anyone has a few hours to kill and wants to check it out. Aside from the bug fixes, I've updated the mechanics of some of the puzzles and traps as well as separating the briefing into its own prologue map to improve performance somewhat. The main map is still very large and can tax weaker machines quite considerably. The map currently offers about 4-6 hours of exploration, puzzle solving, and the shooting of demons in the face gameplay.

Spoiler:
Realm is a project I started several years ago, worked on for a few months and then quit. I'm going to have quite a bit of free time soon, so I've decided to start working on it again. Inspired by games like Tomb Raider and Unreal, Realm tries to blend Doom's fast paced action with the puzzle solving and exploration of Tomb Raider and Unreal. The resulting game-play requires both crouching and jumping and probably wont appeal to people be who dislike platforming. Realm is planned to have three MASSIVE maps, (probably some of the largest and longest maps ever made for Doom

Currently, the first map is about 60-75% complete with at least 4 hours or more worth of game-play. The file size is very large, 100 megabytes packed into a 7zip archive that brings it down to 50 megs. Most of the size comes from mp3 files that I need to at some point convert to a more compressed type. Realm use music for ambient background noise when certain events are triggered. Since music plays even when you hit escape to menu during game-play or open the console but scripts pause, this can mess up the timing of event music. Pausing the game stops music and scripts, therefore not messing up the timings of event music.

If you guys do download this wad, please let me know what you think, any bugs you find, and how well it runs on you're machine.

-Requires GZDoom, not compatible with ZDoom, Zandronum, or Skulltag
-Light mode should be set to "Doom"
-Dynamic lights should be enabled
-"lights.pk3" included with GZDoom should be launched with Realm

I have updated the initial 2014 alpha release of Realm. More details can be found in the OP.
Top
3 posts • Page 1 of 1