Discuss anything ZDoom-related that doesn't fall into one of the other categories.
37658 posts Damn, that almost looks like DoomNukem's. awesome work, my friend.
(hold on, haven't i known you before?)
Top

I love the syringe! Lots of potential uses... and misuses!

I did some more stuff. It's mostly medkits again (I felt I had to do some to match the green ammocrates), which I've already made plenty of, but everyone needs medkits! (Especially you there at the back! I see your health in single digits. And when did you last save?) I tried some more alternative symbols, not all of them work so well ingame, but might with a few tweaks (or in a different renderer, I only tested them palletted, they probably look at bit better in truecolour). Also a few things redone in the 'megapunk' style, and some missing variants and reworks of older stuff I wasn't happy with. 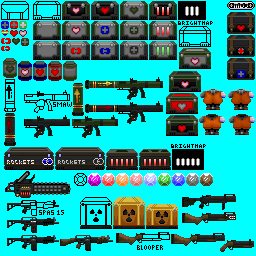 There's also this dude, who isn't new, but I've been sitting on him for too long (the first mockup was 7 years ago!

), trying to work up the spoons to finish him off, and I think I'm just going to have to acknowledge that it isn't going to happen at this rate. So, here's the Wolfenstein cultist: (based on Wolf Skevos-Jones' SS dudes) 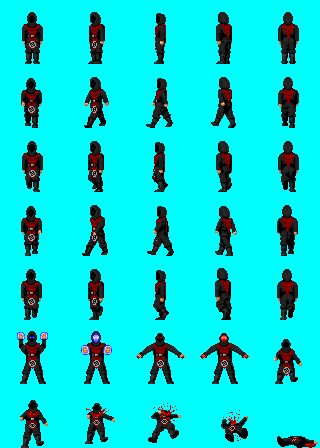 Conceptually, he'd be sort of like the archvile (he'd have an attack similar to the dark bishop, though), but since he's not a demon, and the dudes he's trying to raise aren't demons, they don't quite come back quite right.
Top

I took Sonik.O.Fan's Turok's pistol, made it bigger and put it in a bigger hand, to fit with other guns I use in my game. 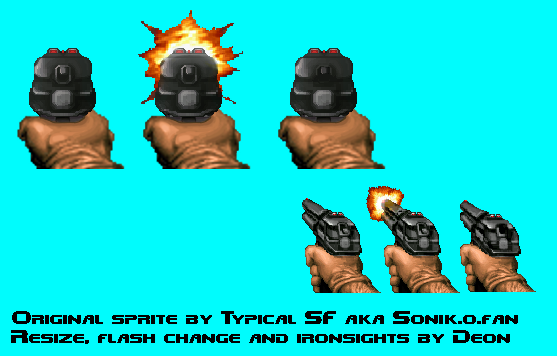 I dig your work. Most of my sprites are based on yours, with many edits (size, colors, theme, etc...)
I will add more, but as I'm a bit of a perfectionist, so, it will take some time before the release.
Top

Been dealing with some really bad depression lately so I decided to try and improve my limited spriting skills to distract myself from how I'm feeling.

Here is a guard sergeant I'm working on for my project. Credits to TommyGalano5 for the first version of his HECU marine as a base.

Digitized EAA Witness 10MM, proud to say that I did everything here. The last glove doesn't really look too great, might try to touch it up if I can pinpoint what's wrong with it. Feel free to use in whatever, just credit me.

I made some gorepile variants:

Stone Caco, if we have Stone Imps and Stone Demons why not Stone Cacos? had the idea while doing a Ultrakill Malicious Face sprite...
Credits: Id Software, Raven Software, Captain Toenail
Top

Some edits of TommyGalano5's HECU marines for my project.

I've given them a selection of different weapons and added crouch frames as well as missing alternate death frames for the masked marine and squad leader. 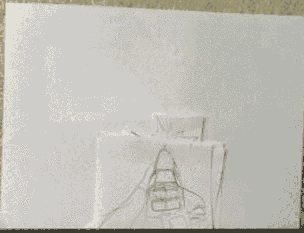 Sorry for bothering, but seems that many old sprite-sheets of @MarlboroMike2100 from around 2011 is having that damned "Photo Bucket" watermark. Maybe this artist has their own web-site or even Discord-server, where I can find these sprite-sheets w/o this watermark?
Top

RastaManGames wrote: ↑Sun Oct 23, 2022 3:14 pm Sorry for bothering, but seems that many old sprite-sheets of @MarlboroMike2100 from around 2011 is having that damned "Photo Bucket" watermark. Maybe this artist has their own web-site or even Discord-server, where I can find these sprite-sheets w/o this watermark?