The main advantage of the textured automap is the ability to quickly differentiate between "inside" and "outside" of the map and make out separate rooms/areas.
However it has its downsides comparing to the non-textured automap, being "noisy" with detail is one of them.
Overaly map completely lacks anything akin to this feature which make it harder to read at times.

I think that the "filled" automap used by some other games might be a good solution to this in both automap and overlay modes, and relatively easy to implement - instead of rendering texture in this mode simply fill the field with custom color.
In the overlay mode transparency could be added to the "fill" so that it does not obscure view much, but still gives the impression of what's in- and out- of bounds.

Here's some mockups of the idea: 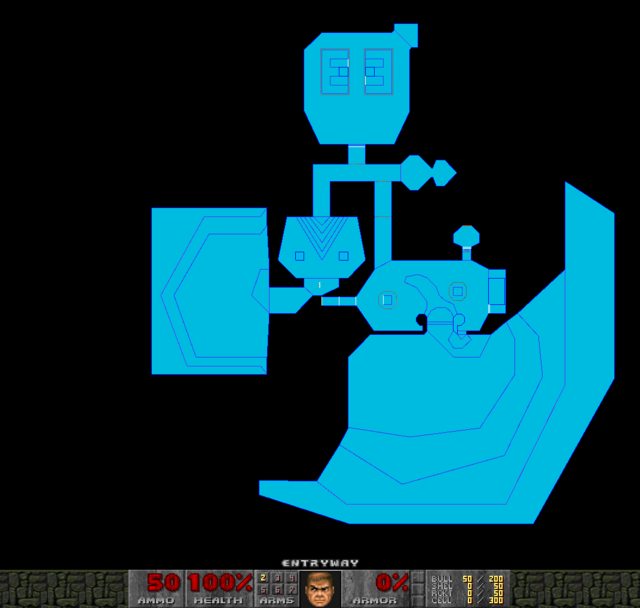 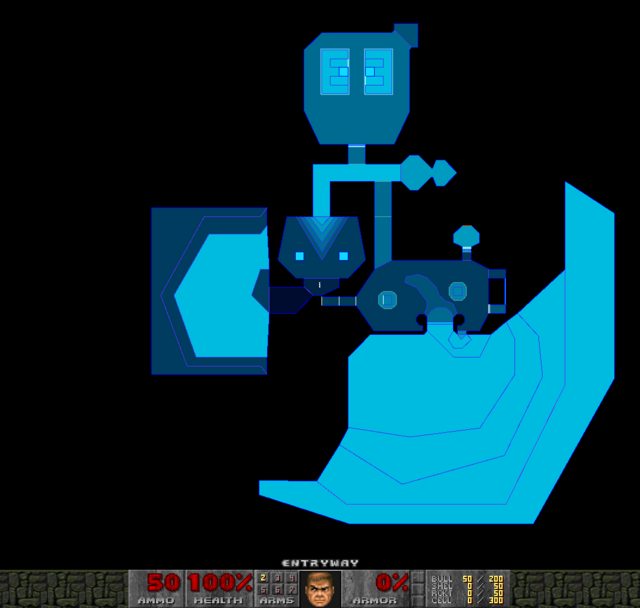 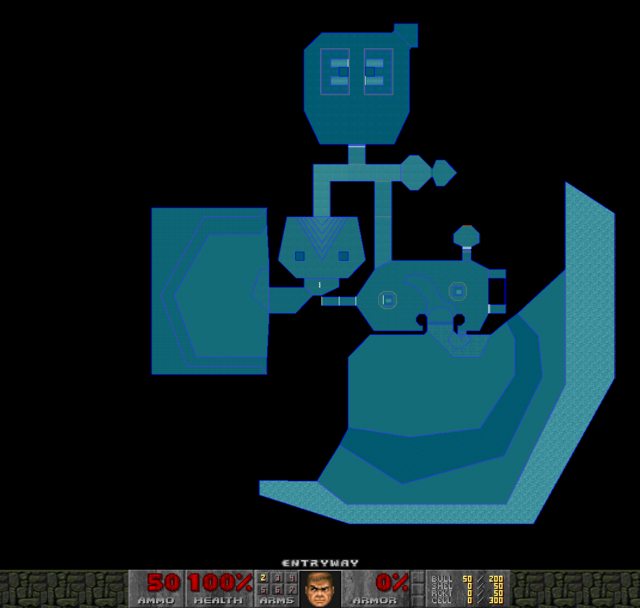 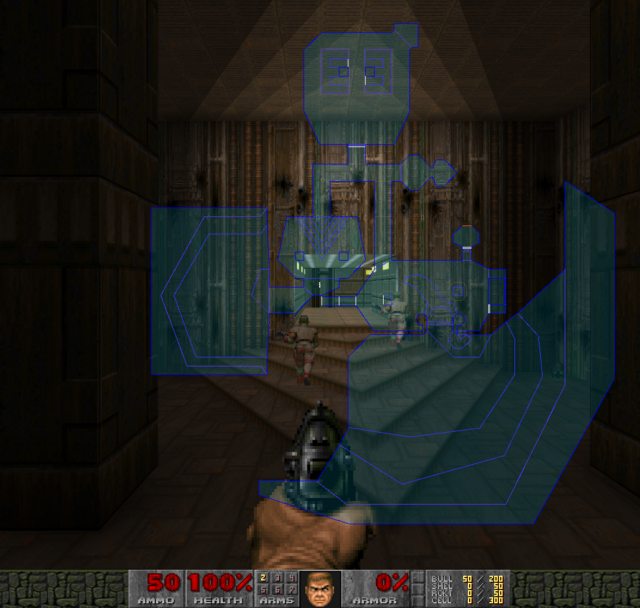 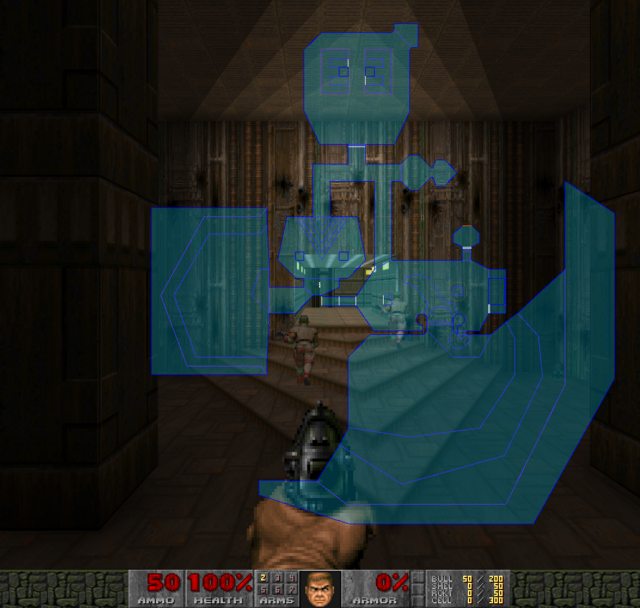 I had actually thought about exactly this same suggestion too for the longest time, ever since textured automap was implemented, but I never really discussed it with anyone because I didn't think anyone would care. I actually quite like it.
Top

For me this would be useful as a viable alternative to the texture mode. I think the hardest part would be deciding on how to implement it. Probably having it auto-fill based on what texture is present and pick an average color would be too much. I like the idea of a solid color with different shading being used a bit better.
Top

For coloring, I'm thinking a heightmap (based on floor height) could be the most useful. It might complicate handling for sloped floors, though.
Top

Gez wrote:For coloring, I'm thinking a heightmap (based on floor height) could be the most useful. It might complicate handling for sloped floors, though.

Can it be a Gradient? I hope so.

But if the Code says otherwise. And doesn't like gradients. Well then I think Flat colors will just do for now.
Top

I kinda like them all. Heightmap, average-texture-color modes, solid color... perhaps all could be select-able modes? I'd suggest brightness as well, it's one of the most visually identifiable attributes of a room.

Has anything happened with this idea in the meantime? This would be a great alternative to the textured automap, less confusing and yet more informative than the plain vector graphic view.
Top
8 posts • Page 1 of 1