I'm having the same problem with it not loading in the mission packs and don't you mean the packs' files have to be named sd2 & sd3? Also they can be loaded beside the files for the main game, right?
Top

Dunya wrote:The point is that this only works with the version of lost episodes, whose files have the .SOD extension. They can be found on the Internet.

I wonder why they wouldn't work with the .SD2 ones? If the only difference is the file extension, that seems like it'd be a bug somewhere. After all, those are the versions provided by the Steam release.
Top

Well ecwolf tells you to rename them to that then place them in the data folder, presumably so they don't overwrite the default sod files. Effectively it makes the add ons their own games.
Top

Is there a way to put them in a sub-folder then so you can use the .SOD extensions and not overwrite the other files?

I'm not sure how to have them all together but use .SOD extensions for this patch.
Top

There is only one version of the second mission and two versions of the third mission. Just rename your vswap, maphead, and gamemaps files accordingly. I don't have the original floppy releases to compare but the SD2/SD3 naming comes from the all in one releases where a program was used to change the active mission (which meant shuffling file extensions around).

As for having the textures simultaneously. Once you do the above ECWolf will deconflict the naming. See the sd2map and sd3map files in ecwolf.pk3 and name them accordingly. ECWolf actually does this specifically so mods like these can do this. (Or in case someone wants to use resources from both the mission pack and the base game in their mod.)
Top

I've managed to actually modify the base texture pack and added more Mac sounds in it, special thanks to this small thread. I attached the mod below.
In addition to the above, I noticed a few quirks when using the Mac weapons pack, such as the weapons not starching all the way to the bottom of the screen. I fixed it by using the weapons here (bottom of first post). I also notice that the status bar and BJ's face aren't the original Mac textures, I suppose the status bar it due to have the PC version renders it though. I wonder though it it's also possible to add more Mac texture, such as the intermission screen and menus.
You do not have the required permissions to view the files attached to this post.
Top

Updated, but not properly playtested.

I'm glad you've restored weapon switching speed and maximum ammo back to vanilla. Would it be possible to make the area around the hud dark blue instead of black?
Top 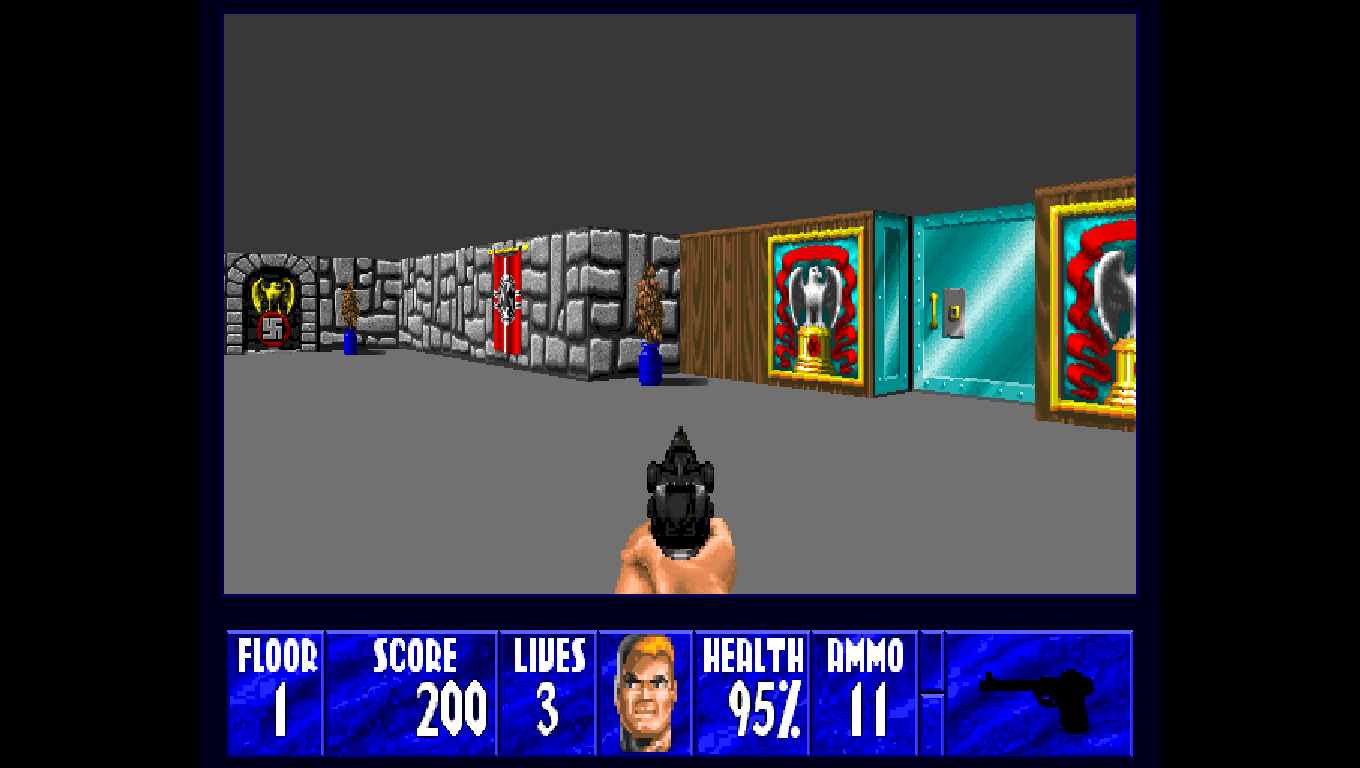 I was thinking of something closer to the HUD's color, so it wouldn't feel so isolated.
Top 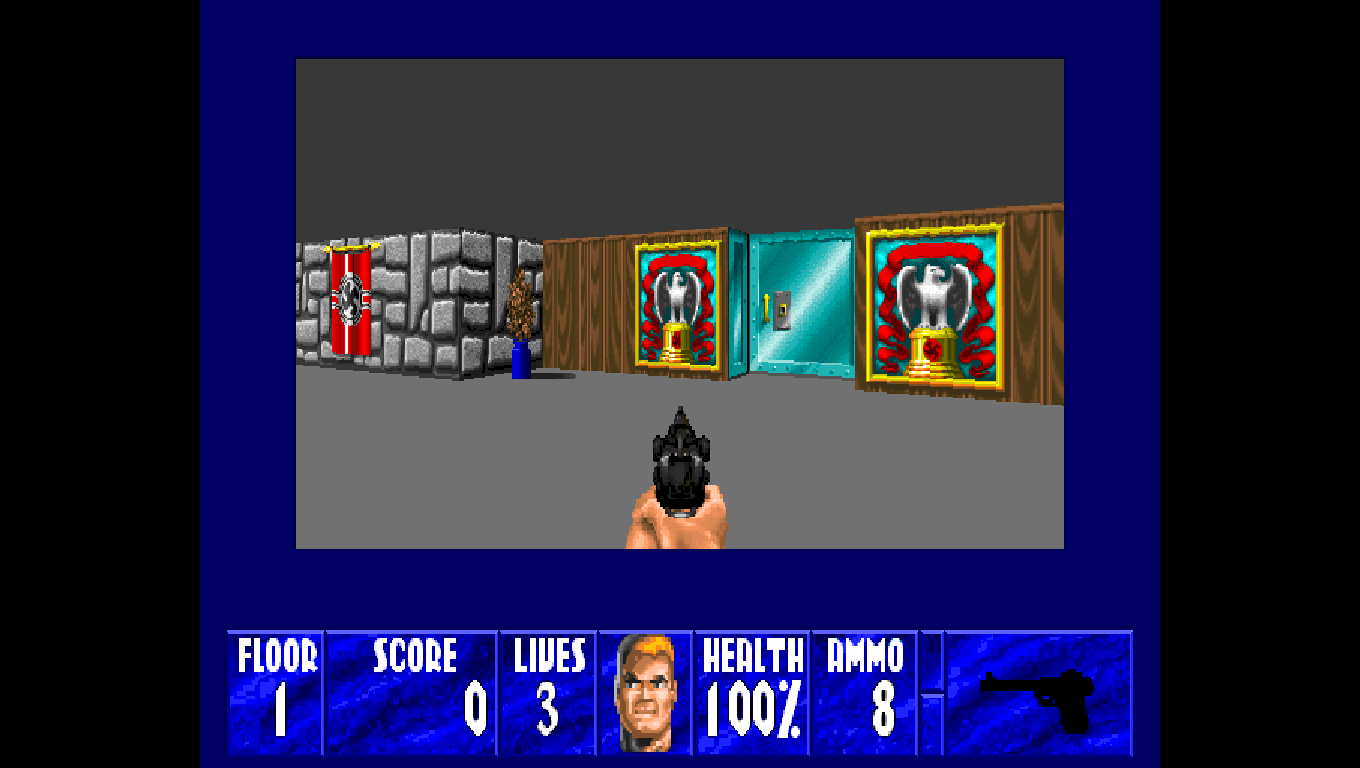 It'll be included at the next update

I personally would prefer a statusbar similar to the Mac version, tough widescreen. Doom and other id tech 1 based games have widescreen statusbars I wonder why no one's attempted on wolf3d?
Either way, here're somethings I noted about the latest version: the MP40 when used by the SS sounds a little too beefy now, sounds like a chain gun; BJ still doesn't use the Mac version's grunt/"oof" sound when pushing on walls that can't open; although the menus' updated font isn't bad it looks really weird without high-res backgrounds to match; good job with restoring the 99 ammo limit and removing the head sway, they didn't fit in well with Wolfenstein.
Top
134 posts