Projects that have specifically been abandoned or considered "dead" get moved here, so people will quit bumping them. If your project has wound up here and it should not be, contact a moderator to have it moved back to the land of the living.
11 posts • Page 1 of 1

Hold on your horses, pal!
This is an old and retired mirror for Randoomizer, and only serves to download the older builds!
This mod's main mirror was moved over to Doomworld!


Spoiler:
Enemies:
Super Shotgunner: (David G.)
They are fast and deadly, they came here to ruin your day, they are equipped with a SSG and can blast you to shreds in a second. They do have a BIG nerf of being only able to shoot 13 bullets instead of 20. Drops a SSG upon death and moves faster than most possesed.

Dark Imp: (Skulltag Team)
He decided to aide his brown cousins in taking YOU down. Normal imps and Dark imps won't infight, so quit trying! They have much faster projectiles and a bit more health.

Minigunner: (Skulltag)
He can tear YOU apart with a single blink of a eye. Be careful of what you do or you might be in the wrong place at the wrong time.

Melee Revenant: (:/ don't remember.)
He will hit you in the face if you stand too close. Has half of the health of a revenant.

Cyberbaron: (:/ don't remember as well.)
Some cybernetic changes happened to this baron! He can now fire rockets and use magic as well, and scratch your face too.

Sub-MachineGun Zombie: (Sgt. MarkIV, currently.)
Definitely the 3rd most devastating Possesed, losing to the Super Shotgunner. He can tear down most enemies and YOU in a pretty quick pace. "Perfect for infighting." Drops a Sub-MachineGun and a 9mm clip upon Death.

Rapid Fire Trooper: (KDIZD Team)
If you played KDIZD you definitely know what he does. He is just a zombieman that shoots faster with the rifle. That's it. Drops a Rifle Mag upon death.

Machine Gunner: (Skelegant, Doom Delta)
Uses his machine-gun as a means of self-defense. This bastard alongside a chaingunner can easily take you down in seconds. Drops the Alpha Machinegun on death.

Desert-Eagle: (TSF for the Sprites.)
A Desert-Eagle with a bit of a faster firing rate than the 92fs, Deals a wee bit more damage. Selectable from the class selection before starting the game.

Luger P08: (JoeyTD for Sprites.)
As a gratitude of the Blazkowicz family, they granted you what B.J. used the most during what happened in Wolfenstein 3D, The fastest Pistol than the other starter weapons. Selectable from the class selection before starting the game.

Combat Shotgun: (DOOM 2 Beta)
It's here... The beta SSG has come back to help you thru the dangerous RNG-Affected UAC Labs! It has the same firing rate as the Shotgun, albeit there is a catch..It fires -4 bullets then the SSG does. Keep it in mind when traversing these dangerous lands! Goes in Slot 3 and uses 2 shells per shot. You know the drill.

UAC-Rifle: (DOOM 0.4 Alpha)
Fires a bit faster than the normal Pistol, goes in Slot 2, not 4. Uses rifle mags as main source of ammo.

UAC Sub-Machine Gun (The Ultimate DOOM / DOOM 1 Cover Art, Uses Brutal Doom sprites.)
A handy boy that you haven't seen in the while... It's back in your hands. Fires much faster than any other pistol, goes into Slot 2 and uses Clips for ammo.

MP40 (Rise of the Triad):
A german semi-auto weapon, uses Bullets as ammo and goes on Slot 4.

Minigun (Skulltag, SuperDave998):
"...Some people can outsmart me... Maybe, maybe... But i've yet to meet one that can Outsmart bullet." uses Bullets as ammo, Goes on Slot 4.

Machine Gun: (Doom Alphas)
It's back, better than ever! Chews up rifle ammo fast like it's no-one's business and tears down enemies fast, Be mindful of how much ammo you have for the damn thing. Goes in Slot 4 and uses Rifle bullets for ammo.

UAC-Branded Fire Axe: (Neoworm)
Despite what Fire Axes are typically used for under normal emergency situations, you can definitely cause some serious injuries with this! Swing this with all your might and cut 'em up! Goes on Slot 1.

Grenade Launcher: (Osjclatchford)
"What makes me a good Demoman? IF I WERE A BAD DEMOMAN, I WOULDN'T BE SITTIN' HERE, DISCUSSIN' IT WITH YA' NOW WOULD I?" Launch grenades at your enemies or catch them off guard with the bouncy grenades this thing shoots! JUST don't get yourself caught in the explosion, okay?

BFG10k: (Skulltag)
A marvelous evolution of the BFG9K, When fired, shoots out a devasting projectile that absolutely tears through whatever was close to it, including you! Be careful with that thing... It's powerful, but will destroy you if you are too close.

BFG2704: (Early BFG sprites that we all know of, and also DOOM Delta.)
They called it the "Christmas Cannon" didn't they? Launches 40 projectiles pretty quickly instead of one big ball that causes 40 tracers to come from the player's origin that go into the angle the BFG Ball was facing prior to when it hit.

U.H.B.O 7500 (TSF)
The U.H.B.O, or the "Useful Hell Breach Obliterator" is a fork of the BFG, exploding into tons of projectiles that will bounce on the floor and ceiling, that will puff away if it hits a monster or a wall.

Remastered Railgun: (Skulltag)
Ye' good ol' Railgun, everyone from the early days of Skulltag or DOOM modding might recognize this as a very powerful weapon... And it should be! Tears apart whatever was on the way of it's fast projectile. goes in Slot 6, uses Cells as ammo.

Big Health Bonus: (OSJC)
5% Health when picked up, max 215 health. Tastes like a smoothie made from apples and bananas.

This is what was added thus far into Randoomizer before the main mirror for the mod was moved over to Doomworld, and this mirror being retired

Version 1.1.0.9 [Experimental Build]
- The idea of Alt Deaths that can either be enabled or disabled by commenting off the "#include" line has been conceived and added.
- Yellow Armor has been added using sprites from the Quake Item Pack from Realm667.
- Changed the Skulltag Supershotgunner into a much sleeker variation by David G.
- Added Gibbing to Cacodemons.
- Changed the Desert-Eagle into a entirely original weapon instead of using DOOM 64's sprites and replicated code.

Version 1.1.0.7 [MINOR PATCH]
- Changed the Dark Imp so it has a unique active sound.
- Removed most of the vanilla assets and kept the new ones in.

Spoiler:
To access the official server for this mod, you need toclick here to join!

Screenshot_Doom_20210309_085026.png
Here are some screenshots of the mod.
You do not have the required permissions to view the files attached to this post.
Top

You may want to try removing the original resources from the vanilla wads if that sounds possible. Just don't want you to get in trouble.
Top

JacenXtreme wrote:You may want to try removing the original resources from the vanilla wads if that sounds possible. Just don't want you to get in trouble.

Alrighty, i did remove all vanilla assets and kept the newer ones in for Christ's sake.
Top

Alright, New update up- And i forgot to edit the name of the topic FU-
Top

JacenXtreme wrote:You may want to try removing the original resources from the vanilla wads if that sounds possible. Just don't want you to get in trouble.

Alrighty, i did remove all vanilla assets and kept the newer ones in for Christ's sake.

Oh. Sorry. I didn't mean to upset you.
Top

New update is up and running. Took a while to update this thing.
Top

Hey fellas, before i even TRY releasing v1.1.1.1, i will have to delay to after April Fools is done, No-one expects anything legit to happen in April 1st so have a few screenshots of this mod's upcoming levelpack while you get to patiently wait for another update. So stay tuned. 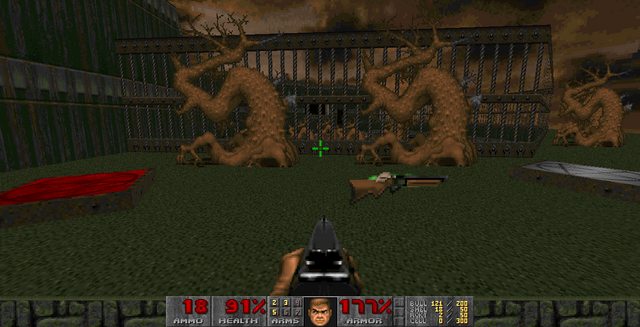 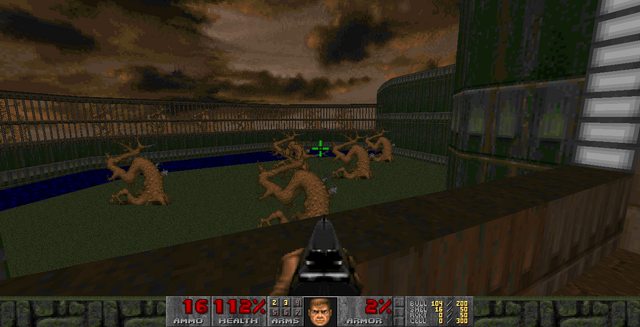 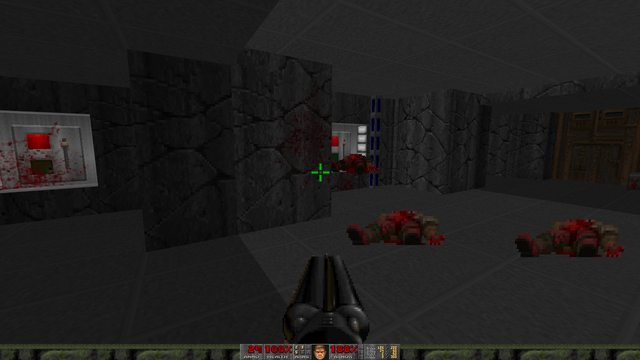 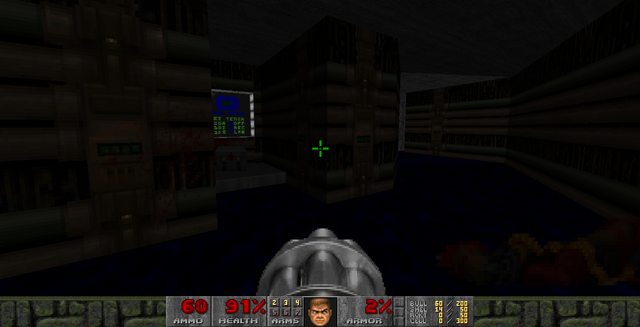 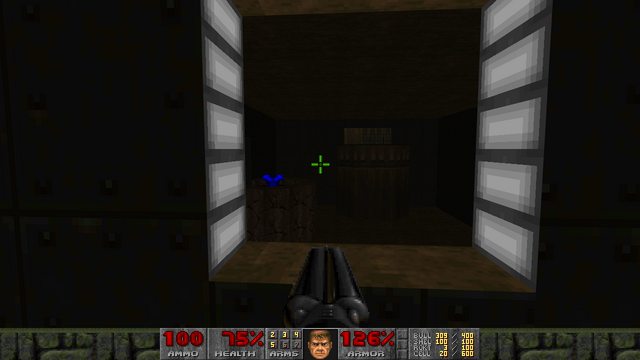 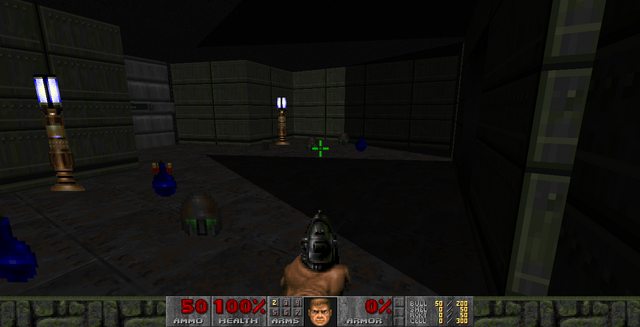 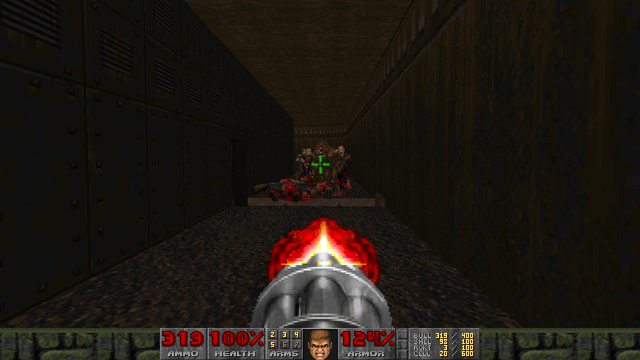 I have been working on RanDOOMizer for the past week or so, instead of releasing a small update, the Full Release of the mod is coming soon with a big BOOM. Literally. Here is some small screenshots to keep you hooked on whatever may come their way into the full release of RanDOOMizer!
You do not have the required permissions to view the files attached to this post.
Top

It's the full release... Not quite! It's the pre-release build! Still keep your hopes up, this project is about to hit the final release!
Top
11 posts • Page 1 of 1