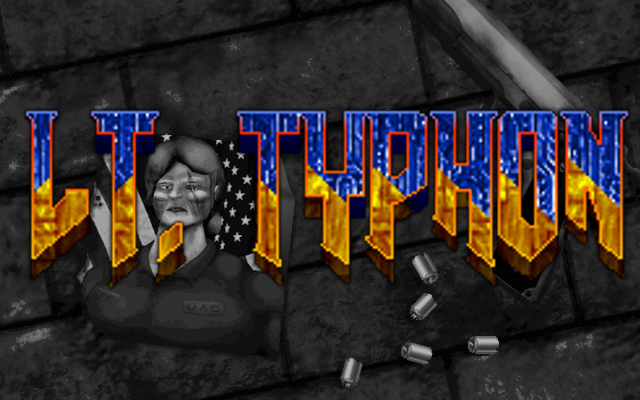 A Final Doomer-esque mod starring a battlescarred badass with ridiculous firepower! While not as overpowered as Russian Overkill or Baradoom, it makes Plutonia less of a bullshit challenge, while adding a few challenges of its own. Mancubus fireballs burst into a hail of flame, revenant rockets are a little faster and home better but can be shot out of the air if your aim is good (and grabbed too!) Cyberdemon rockets are faster and can also be grabbed, but only if your timing's just right.
Backpacks provide ammo as well as rocket powered grappling hooks and a rich, lung-destroying cigar that'll buff your armor but lower your HP (as well as make you look badass as fuck)
Most weapons have an altfire so be sure to bind that before playing if you haven't already (i'd suggest sticking it on right mouse click)
It's compatible with many monster packs and mapsets, DRLA monsters goes particularly well with it

I've been testing it with Valve (vaccinated Valiant), it's a really fun but challenging mapset: https://www.doomworld.com/idgames/level ... wads/valve

Spoiler:
Lt. Typhon was the textbook definition of a good soldier: patriotic, equally loved and feared by her platoon, ripped as all hell, and ready to throw down for her nation.
That all changed when she accidentally uncovered a plot devised by her superiors to turn the entire Amazon jungle into a giant military base/nuke launch site. After a heated confrontation ending in Typhon throwing her captain through a window, she was shipped off to the Mars settlement to cool down.
Her days there were spent working out, reading Soldier of Fortune, and watching her beloved Earth through the anti-asteroid cannon's scope.

When the UAC bases on Phobos and Deimos were breached by Hell's armies, Typhon hijacked a military transport ship and joined the human resistance. After Hell's forces were seemingly defeated, Typhon returned to the Mars colony and settled down to some Earth-watching, only to find the planet shrouded in red smoke and puckered with fire. The motherfuckers were so sore about losing they'd invaded Earth! Furious, Typhon set the nearest teleporter's co-ords to Earth and leaped in, emerging in the Amazon. Armed with only her fists and her trusty 1911, Typhon roared defiance against Hell and flung herself into the demon-infested jungle.

Spoiler:
All weapons-
Zoom- Mighty Boot (kick in the air to dropkick, kick while ducking to megaman slide)

Fists- very powerful, will speed up if fire is held
Alt- Charged uppercut
Punch cyberdemon/revenant rockets to grab and throw them back!

Taunt- Dents your opponents ego and stuns them for a few seconds. Upgrade with bio punch/Sirius beam (found randomly replacing the plutonium handler and berserk)
Sirius- Typhon's orbital laser cannon. Targeted with the nerve endings in her empty eye socket, it follows whichever enemy you aim it at and lets loose a searing beam of energy.
Bio Shock Punch- turn your enemies into walking time bombs. Can be charged to do a flurry of jabs

Gatling gun- Pretty accurate, strong as fuck
Pick up two to dual wield and kill everything (burns through cells and bullets real fast tho)

Hand of Diana- similar to the FOG25000 but hitscan

Strange Rifle- created by The Artificer, this gun has no obvious weapon mechanisms but somehow fires like a faster plasma rifle. Very odd
Alt- fire a splinter missile that bursts into treats (tap alt to detonate)

Outsider revolver- accurate and incredibly powerful, dangerous to use at close range
Alt- fire six shots at once and kill everything

Dumbbells- heave a dumbbell at whoever's stupid enough to get in the way. Can be charged.
Alt- flex on your enemies and build up armor points

Munchy- Punch to throw them at your foes, altfire to pet the caco

Spoiler:
Medikits/stimpacks: will heal you up to 100%, above which will only give half the original hp
Gold armor: protects you from all damage but will wear out
Flesh armor: Gives you 100 armor and temporarily protects you from most damage (as well as slowly regenerating your bio energy)
Berserk: Speeds up your punch and powers up your uppercut.
MRE: Use to restore 200 hp.
Cigar: Slowly regenerates armor and bio energy, and takes a little health. You can still lose hp but will not die while using it, so it's a perfect last resort for maps fulla demons.
Grappling hooks: Use to shoot them into the ceiling. Press use on their chain to climb. Can be used under ceilings or sky, but not while huggin a wall or they'll stick to that instead.
Bio powerups: Unlock superpowers that let you kill stuff deader!
Outsider Sigil: Very rare, use to attain Burning Angel form for 60 seconds!

It's here! I can't wait to play this, watching it's development has been great. Congrats on the release!
Top

Another great one by Skelegant. This one feels extremely good to play, the work on items and weapon feel is really responsive and weapons sound beefy.
Thypoon feels bad to the bloody roots, too!

So, i know it barely came out, but, my suggestion really: why not give her a Desert Eagle or a Big bore handgun in place of the 1911? It's the only one i can't feel that... dakka, you know?

But that BS, aside, this mod feels great! Congrats!
Top

Oh, that's a fine new mod. Very well done. My thoughts on each weapon, save for the BFG weapons.

I'll have to admit, charging up your fist for the alt fire really can make short work of even barons in one hit, though I can just imagine the atatatatatata when I'm in Bivrost Overdrive Mode.

The Plutonia handler's blocking is very nice for deflecting, but sometimes the projectiles get stuck, namely the homing ones, when I'm standing still.

The 1911's 100% accuracy is just right for long-distance plinking, making up for the machine gun being two points of damage weaker. (Though the grenade alt fire on the machine gun's great to fall back on, particularly in the spots where enemies are boxed in below.)

Shotgun's alt fire's just as good for sniping, though it takes a bit of leading enemies with, and the fragments damaging other enemies is nice. Regular fire's just fine for one-shotting imps up close.

Love the sawn-off's dragon's breath alt-fire for doing additional damage to groups, however miniscule, though the beefed-up normal fire's just as sweet. The demonic shotgun's a bit gimmicky for my tastes, though.

The charged-up rocket launcher's alt-fire's nice for one-shotting revs, but the fireballs aren't exactly reliable for hitting groups of enemies.

Like what GAA said, a beefier handgun would fit Typhon more - a scoped .357 magnum, or at the very least an automag would suffice. That, and the altfire sound for the shotgun could be a bit bassier or meatier to match the slug, which could also be faster to really add some "oomph" to it.
Top

There's a delay when shooting on most of the weapons, it would be nice if it was removed to make the weapons feel more responsive.
Top

) but I could add another slot 2 weapon, a nice big revolver would be a fun addition.
There is meant to be a slight delay to simulate trigger-pulling but not at much as there is, I don't know how I didn't notice how delayed the pistol and shotguns are

Just fixed that and sped up the slug a little
Top

EddieMann wrote:Like what GAA said, a beefier handgun would fit Typhon more - a scoped .357 magnum, or at the very least an automag would suffice. That, and the altfire sound for the shotgun could be a bit bassier or meatier to match the slug, which could also be faster to really add some "oomph" to it.

i hope skel considers either an automag or a wildey, cuz they're cool looking heavy caliber pistols, and because i have clint eastwood related fantasies that need fulfillment.

LossForWords wrote: i hope skel considers an automag, cuz it's a cool pistol, and because i have clint eastwood related fantasies that need fulfillment.
also, when using the small hud, the giblet shotgun has a pretty massive sprite cut off.

An automag would be cool but function the same as the 1911, I could maybe add it as an akimbo upgrade to the pistol?
Top

Skelegant wrote: An automag would be cool but function the same as the 1911, I could maybe add it as an akimbo upgrade to the pistol?

i was gonna suggest adding a scope to it, like GAA said earlier, but having akimbo heavy caliber pistols sounds like a good idea.
Top

Are the alt fire rockets and dragon breath shotgun supposed to go though walls? Seems a little unfair to the demons, funny I should be taking their side but hey. Other than that I love the mod!
Top

Vikvicious1 wrote:Are the alt fire rockets and dragon breath shotgun supposed to go though walls? Seems a little unfair to the demons, funny I should be taking their side but hey. Other than that I love the mod!

They are, it does break some maps but it's fun and that's what matters

was playing no end in sight with your mod and doom raro,it was really hard but also really fun

,gonna play a couple of other wads with this
Top

I played this and I love the care and attention you and several others put into it! For all this, plus additional more, I say this gets 10/5 stars!
Top

if u pick up another berserk while already having one it will not give u more time to punch demons in their faces,but before that happened i still had colormap on me and no fast punches (thats how i noticed there was no no time reset after testing)
Top
212 posts