"This is everything the original Action Doom should have been." - Stephen "Scuba Steve" Browning

Howdy!! After rather long 4 Months, i finally made this mod with the help of friends and supporters. This mod is all about some arcade Shmups like Total Carnage, Smash TV and Raiden Series. Although it's not so great or has less effort than my previous mod, Netronian Chaos, i hope you enjoy any feature of this mod has.

And The Features are:
- Collect and scud your way through with over 13 interesting and hilarious Weapons!
- Use your belongings, like S.P.A.M mine and other powerups to save your one-hit day!
- Gain your Power Points, launch the Bomb and watch the wonderful view-
- The enemies have shmup-based attack patterns to roll you over, but worry not! You just can swing your weapons to reflect their shots!
- Adventurers beware, Easter Eggs are hiding in this mod!
- Save the unfortunately lost couples and get some reward!
- Nice and dandy music replacements from the Inspired game; Total Carnage itself, and more! 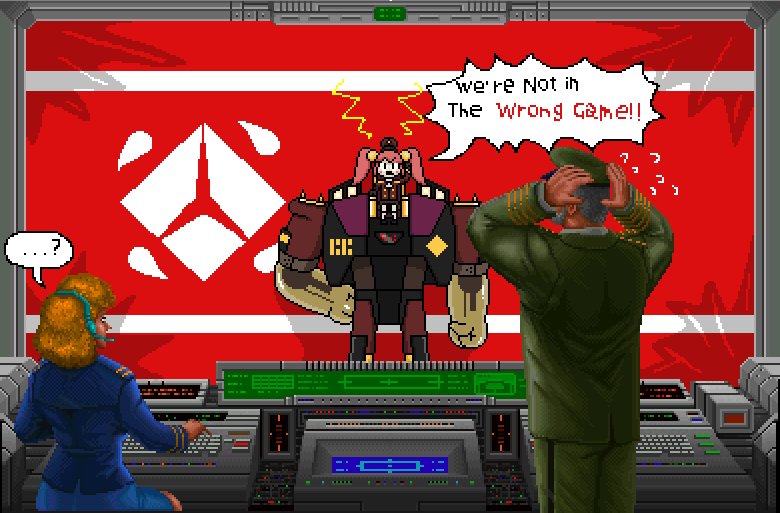 "In the year of 2092, The Mankind have finally put an end to the infamous "Global Manipulation" happened since 2050 and kept spreading the love that comes in different shapes to uphold the law. Caring and Compassion for sworn mature Couples, Respect and Protection for each Family Member ensured to live a happy life. They expanded the peace and harmony and helped to fix the remnants of "Global Manipulation"... Until Daisy, aka 'The Duchess of Vioborg Empire', 'The Queen of Rotten Heart', or 'The Attention-Craver' invaded their Residents and kidnapped only couples with her army of Vioborgs because she said quote; 'They only care about each other but their families and others AND THAT PISSES ME OFF!'.

And so she separated the captured couples, saving the only people whoever gave up their loved ones. Also she brainwashed or even killed whoever hadn't gave up on their loved one. While Daisy's Empire spread like a germ, there were two extraordinary Vioborg Clone escaped from Daisy's grasp, breaking through her brainwash and the atrocities she have made. Their name is Resisto-1 and Revoltte-2 and they are armed and dangerous... Only for Her and the Vioborg Army! Will they save the Lost Couples and The World?"

EDIT: Never liked both storyline and the setting because they were rather simple. Tried to put more detail to 'em. 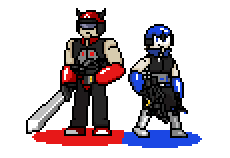 Resisto-1 (Left)
The Big guy of Rebel Rumble. He declared himself to defend Revoltte from any danger coming toward to her after escaping from Daisy's Empire... However He's kind of a coward and Believes in Dream and whatnot. He's overall Slow but Very powerful and can survive from one hit, making him temporarily invincible.

Revoltte-2 (Right)
The Fast girl of Rebel Rumble. She used to know and served Daisy for a very long time, however she decided to betray Daisy after overcoming the brainwash. And now she rescues Resisto time to time just because she likes his guts. Doing the Powerful Melee Attack or Super Move, Picking up Presents and other Powerups will make her temporarily invincible. And she's very fest, agile and much easier to get a Critical melee attack. However she dies if taking a single hit. 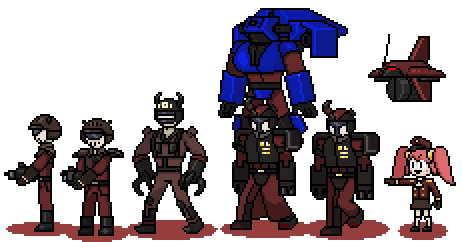 Daisy the Duchess (The Small Girl on the Right)
She was created by some Biologist woman who wanted to see her long-lost daughter and start a new life. However Daisy was just naive and rude, couldn't understand her stepmother back for 30 years. The Biologist soon met her mysterious demise and Daisy still didn't noticed anything about the motherly care and love. She was confused and furious that she was all alone, she used her creator's wealth to expand the cloning machine project, and so the Vioborg was born. After brainwashing them all, she began to expand her empire just to know how caring feels like. And yes, she's 30 years old despite the small size and the youthful face.

The Civilians
The Victims, The Hostages lost and separated by Daisy against their will. They can be killed off by one of the Vioborg and i mean it, they actually dies! So you have to save them by interacting them before it's too late. After saving them, they'll reward you with something richy. I truly hope the Rebel Rumble folks can be their salvation! 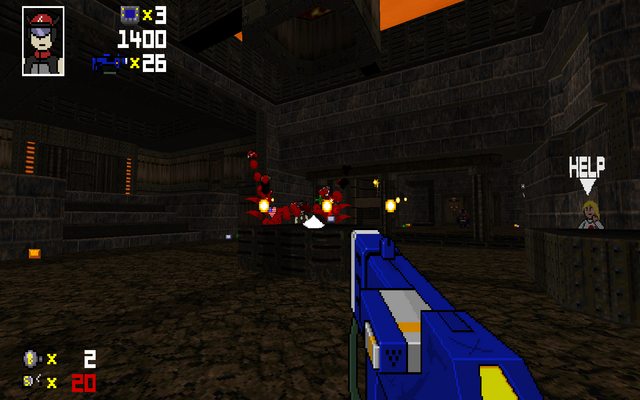 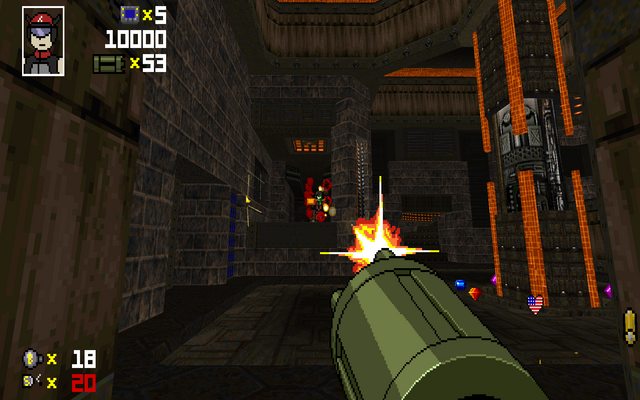 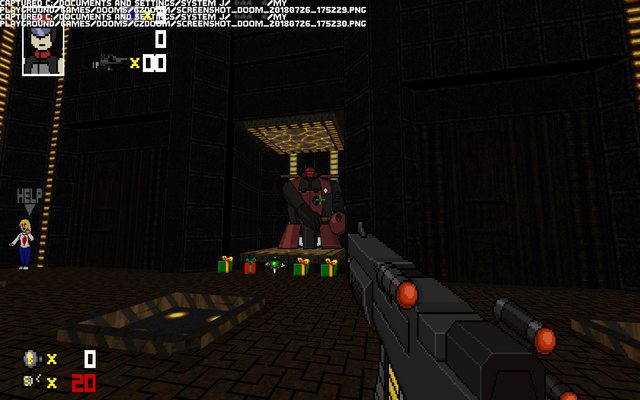 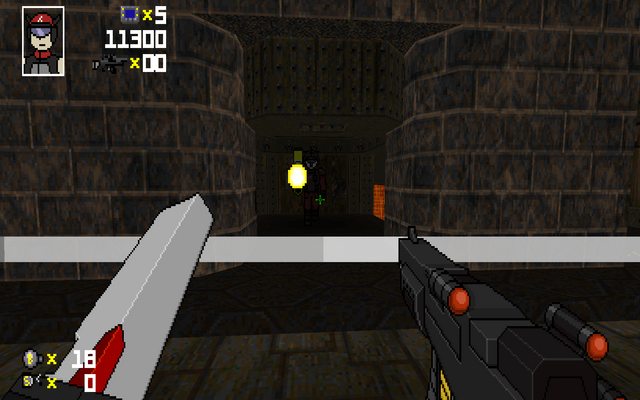 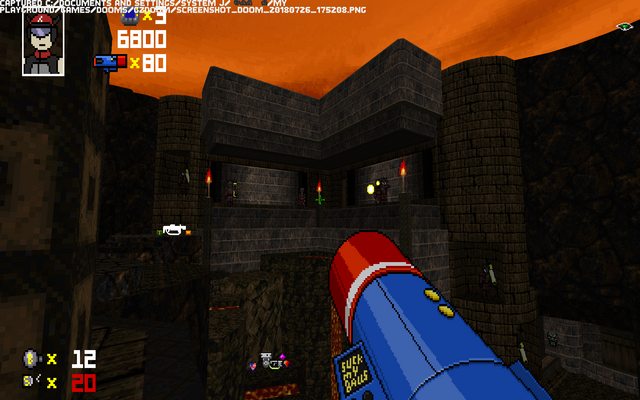 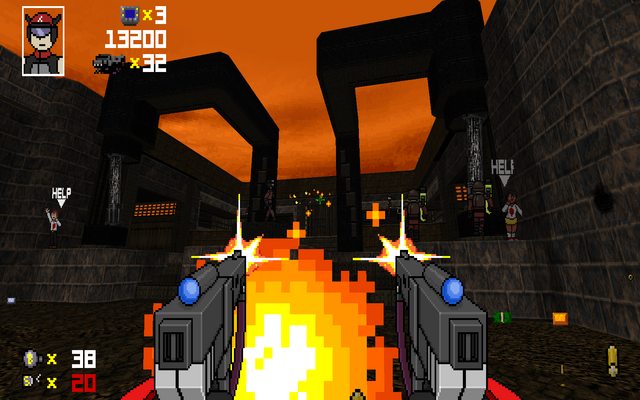 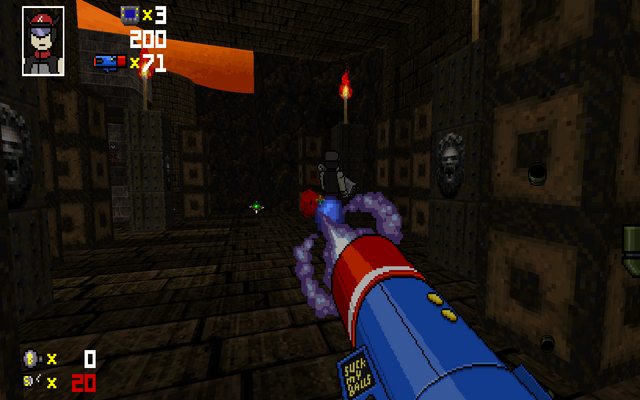 Sum Tips:
- Homing Missiles, Mines and Explosive Barrels are easily destroyed by S.P.A.M Mines. Plus, it can reflect some projectiles upon the explosion.

- Slot 1 Weapon key and Previous Weapon Hotkeys will make the character throw their firearm, literally. Use these buttons if necessary!

- You basically can survive from being drown, stepping on lava or any other kind of hurtfloor hazards. But the crushers will still harm you.

- Save some Presents or powerups when it gets harder. They could save your life rather than just giving some points!

- Tired of dodging barrage of bullets? You can crouch and dodge them bullets as long as some maps accepts you to crouch.

- If you're interested in multiplayer(yes it runs on Zandronum), you may run this mod along with the additional mutator; RRMutator_Paletted_Lovers.pk3. It recolors all playable characters green, making the possibility to recolor your character and such!

- Custom mods with Hitscan enemies will ruin your gameplay. I recommend to avoid such mods, i'm afraid!

- Turning on Center Messages at Message Options might help you to read messages better.


Addon Amore:
- If anyone's interested with precise player's movement because you apparently don't like the Platformers on Vanilla Doom, Try run this mod with Nash's Less Slippery Doom Movement!

- m8f and i have made a mini-mod called Target Spy compatible with Rebel Rumble! It'll target and analyze the monsters and the others when targeted. However it doesn't run on Zandronum. So be warned!

- Thanks to QuakedoomNukem Cz, now Rebel Rumble has its own music pack to listen and enjoy in a row! Obviously included Total Carnage, Smash TV and even Raiden soundtrack.

Feedback are always welcome, although i would think for a while! Thanks and have a good gameplay!

Well... Due to limitation of my coding, i had to change some codes to work well with the multiplayer. This version does not prevent forced weapon pickup, but i hope you understand. Thankfully already fixed that!

HELL YES
This looks amazing, I'll report back after playing it with a few mapsets

It works a treat with Memento Mori 1 and 2 and Requiem, but you need to apply some sneaky tactics to kill john romero (grab a jetpack and fly into the icon's brainhole)
Something to remember when playing as Revoltte-2 is to not pick up all her presents at once, especially when dealing with large quantities of enemies

Some explosive attack might defeat Romero. Afterburner kinda helps and are effective. And i appreciate both of you for playing my humble mod!! The tips i wrote at the 1st post might make the gameplay a lot easier. Since this mod is again, based on shmup arcade games that shows no mercy when you mistake just once. Some kind of rule i cannot change here!
Top

Load this mod with TNT.WAD, play as Revoltte-2 at skill 4, bad idea, I should lower the difficulty.

It plays well, but seems I suck at this kind of gameplay mods for some reasons(PCs can only take 1 or 2 hits just hard to me) but I still like this mod(but not as like as NC) and this definitely your mod with your unique style, good job.

Eventually you'll have to choose an easiest difficulty if it's still hard for you. And there are plenty ways to dodge the enemy fire; use SPAM mine, crouch or reflect them all when melee point is 20 full. And save some Presents or useful powerups. Cuz you'll need it... But yeah, i see that some map packs doesn't go well with this mod.

Nonetheless, thank you so much for playing!
Top

Oow, just found the glitch that Butaneer tries to burn off the wall when the player is behind it and are very closer to him. Also SPAM mines can get crushed. So i updated the mod little bit. Download the mod again, please!

i found a mild oversight: if you don't have weapons set to switch automatically you must use the mouse wheel to select the weapon bonus you picked up.

enjoying the feel of it!
Top

mentha wrote:i found a mild oversight: if you don't have weapons set to switch automatically you must use the mouse wheel to select the weapon bonus you picked up.

enjoying the feel of it!

Oh, that's new. Thank you for pointing that out. Sadly i have no idea how do i make weapons automatically selected when picked up. I guess i should add this to the Tip list.
Top

Thank you for playing, and please do look for the tips at the 1st post. It'll help you to beat the level.
Top

Captain J wrote:Thank you for playing, and please do look for the tips at the 1st post. It'll help you to beat the level.

no i meant in the metal slug itself

also i noticed 2 bugs so far
1.when u die with other weapon u will play the animation of dropping it
2.guard boiiii can be autoaimed
u can cancel super weapon by dropping anything except ur starting gun
Top