Incredible work as always. What mapset is that?
Top

Aaaaaand I didn't look at the video description. Thanks!
Top

Super Congrats achieving the Cacoward 2018. You're indeed a still-shining starry star of the Doom Community. Any another clever ideas for doom mod?

Honestly, Pillowblaster should’ve won a Cacoward long ago if not already.
Consider it a positive Omen to the influence you have brought to the Doom community!
Top 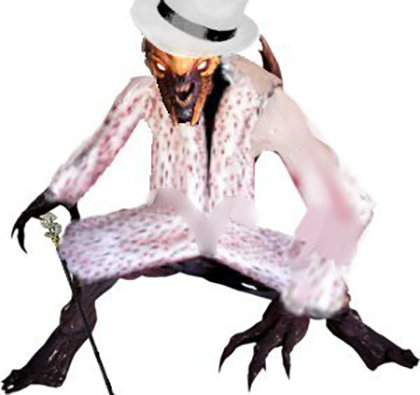 So guys we did it, Pillowblaster finally got the cacoaward!
Top

Super late to the party, but congratulations on Cacoward 2018 to PB and everyone who worked/works on this mod!
Top

The game just crashed. I was shooting some archviles with the matriarch, holding the button down. I got low on health so I popped a gunzerk and I guess because I was holding fire something went wrong. Here's the log.

Edit: I updated to 3.6 and tested all the weapons. The matriarch is the only weapon affected and it's repeatable.
You do not have the required permissions to view the files attached to this post.
Top

Rowsol wrote:The game just crashed. I was shooting some archviles with the matriarch, holding the button down. I got low on health so I popped a gunzerk and I guess because I was holding fire something went wrong. Here's the log.

Edit: I updated to 3.6 and tested all the weapons. The matriarch is the only weapon affected and it's repeatable.

I remember this bug, I'm pretty sure the GC team is aware of this one (and it's probably been fixed long ago, you'll just have to wait for version 3.2), I remember discussing it via direct message. I should have posted this bug on the forums about 4 months back when I first encountered it. That's my bad.

I think the reason for this bug is that the array that's handling the offsets for the animation of the matriarch firing is incrementing out of bounds because when you activate gunzerk, Primary fire which is normally the weapon on the right hand side of the screen, becomes the weapon on the left hand side of the screen and now belongs to a different array which still has the same maximum boundary (10), but the array will increment as though it started from the beginning (means the array will go past 10 because it started at a number greater than 0.).

Fun fact: You can also abort the VM by activating gunzerk, firing first left then right (or vice versa) without letting them complete their animations and repeatedly press the strat switch button as fast as possible. This bug is a bit tricky to reproduce as it requires careful timing, but is repeatable.

A video of the abort in question:

I think the team is also aware of this one (and also probably fixed for the upcoming version).
Top

Congrats on the Cacoward and Happy New Year.

I know I mentioned this a few months back, but I randomly got the idea to try using the console to open the "Convienience Menu" in Strife with Guncaster 3.1. After a bunch of attempts, I got it to open through typing

When you click on the option from the menu, when it fails it gives the error message I think I mentioned a while back, "Attempting to open menu of unknown type 'ConvienienceMenu'". I seem to remember Pillow mentioning that he added a space or something and that fixed it, but maybe it being spelled differently, it looking for a menu with an extra "i" in the name, is why it doesn't work normally. At least I can play Strife with Guncaster with the settings I want now, though.
Top

Congrats on the Cacoward as well, you really deserve it.

With recent versions of gzdoom (I build from git) I've however been getting issues, that I don't know are due to gzdoom's internals changing or legit bugs.

I had Doom2 + scythe + Guncaster loaded up, got to map 26 (pretty much a slaughtermap), fought along as I usually do.
But when I enabled the ancient tome, and used it with Thunderstruck and Flamewave the game froze, while spamming this in the logs.
I had to kill -9 gzdoom because it was pretty much hardlocked.

Then, after I defeated a bunch of Cyberdemons I finally got the Draugh Tome. I attempted to equip the DraughSuit and the game just aborted with this after the animation ended. It didn't matter whether or not I enabled voidtouch right away or not.

Yeah, those got fixed recently or a while back on my side. We're working pretty hard to get 3.2 out of the way, and there's a bit of nice goodies or tweaks coming right up, so stay tuned~
Top

So, there it is. Took a while, but I think was worth all the sweat. I also recommend updating to gzdoom 3.7.2 to fix two particular bugs, one related to Draugh, the other related to the weapons running out of ammo. I only hope it didn't produce more bugs, cause I didn't test things thoroughly on new version yet and I did a ton of last-minute changes, but I'm sure it should have at least two things sorted out.

Am I done with it?... There's a thing or two that could be done yet. One of them is developed by Zhs2 which is a tough nut to break, so you fellas give him your energy, cause it's sadly out of my field of expertise. The other depends on being able to extend classes outside of the core file, and that's not something viable yet - I'd like to possibly add some more crap to addon, and that stuff is dependant on it (more importantly, I hope it will work out). Everything else I'll leave in even bigger shroud of mystery, but lest it be known - I am not done here yeet~

I also have RO update to roll out so stay tuned for that one now.

Core mod.
Addon. I know it should have some more original name than just "addon", but I didn't figure anything out, so... here you go.

An equivalent to Supermag Johnson, except for Augur. Gives it three shots before having to reload.

An item once belonging to another, powerful entity, used as an excuse by Nithor to cause some havoc. Grants you a sizable stature and fists hungering for things to punch. In technical lingo - augments your HP pool, melee and magic capabilities. Firebreath and some singular spells get empowered across the board, but some you have to specifically have your fists up while casting upon magic to feel the difference. Double-tap forward to sprint, or hold the kick button while running around with your fists up to perform an elbow slam. (No kicking cause I have no sprites for that nor anything sensible to base it off from.)

Basically a fusion of Matriarch and stratted Dynamite, the Mourning Glory packs a hefty punch by lobbing irradiated, high-explosive shells across the battlefield. Not fit for the base mod, given that it steals the roles of aforementioned weapons, but I like the way it looks, so why not put it into addon? Strat mode is the old Matriarch mode cause it fits what this gun is semi-referencing to from yet another mod from another game that didn't see the light of day.

Given I had spent way too much time playing DRLA, this is a direct homage to one of the toys there - a missile launcher with a limited capacity but incredible potential for firepower, sporting a regenerating mag of its own. Its missiles gain power over travel time up to some point (I could make it uncapped but tests proved that would be a bad idea). Strat simply makes the missiles guided, so you can artificially extend the flight time for some sick explosions or guide them from safe spot into monster crowds.

Spoiler: Changelog
3.2
Core changes:
-Shop got yet another rehaul after which KeksDose had to sacrifice his mother, even if he didn't have to do it - technical needs dictated so! Pray for her soul and praise the new shop, or else~
-Thanks to Dinosaur_Nerd, the gore code got notably unfucked. I also added some small, fun tweak to it - gore gets the velocity from your hit applied to it, so expect the chunky bits to fly all over the place now.
-New and improved Dreadful Nuke blast handling! It might still tank your toaster PC into oblivion, but it should be much less likely to do so, and its even more effective at clearing out maps!
-Context menus for quick navigation of weapons, items or spells, because I like convienience. (Note that this does not take into account third party items, so you've been warned~)
-New and improved Prism Lazer that won't tank your computer into next oblivion if you fire it over long distances. Bonus: it also looks more like actual lazer.
-Added new artifact, namely Supermag Theta - Supermag Johnson's brother, dedicated to Augur.
-The addon, with it's bonkers optional content that I didn't feel like adding to the main mod because of overlapping functionality, being beyond overpowered or simply circle jerk of sort. If things will go right, expect more nonsense added to it.
-Added camera when dance-taunting. Yes, it is a very important feature therefore it belongs to core changes, capische?

Shill links cause I got reprimanded I should do that. I only post on forums when I deem it necessary, so if you wanna be up to date with my shenanigans or support them, here you go:
Twatter
Dumblr
Padre-on
Top
2959 posts