by Wereknight
Okay this is first time I'm doing any kind of tutorial on English so things might be a bit messy here, if I'm taking wrong terms and words in my trying out to explain stuff I apologize. That being said, let's talk about spriting for Doom and Idtech games overall. Let's say you got bored of the fact that you want some cool lookin' weapon, but as it turns out those fine guns on many sites are over-used, some you tried to rip off are not permitted to be use, and so you decided to make your own.

You downloaded the software, you're exited, you're about to make revolution! Your own sprites to come!
*AFTER FEW HOURS LATER"
What the sh## is this?!

I tell you what, that's what comes first when you try to make something without experience and at least something to paint over. It's a trash, and we're about to not let that happen.
How? Eh, simple enough... I think.

First of all we need to understand what do we want there. Probably a starting gun. What would it be? Well, a pistol, of course. And so we will do it. What we would need for are these ingredients of success:
1. Time. Coupled with compassion and willing to do a thing from start to finish.
2. Software. Yes, we're going to use 3D modeling software with paiting software. NO, we're NOT gonna use 3DS Max, Maya, Cinema 4D or any soft that would require money to spent on. Piss off, you greedy party ruiners.
Instead of named soft above and Photoshop we will use Blender 3D and Krita. Both of these are free (actually you can spend some coin on Steam for Krita just to support the developers. I did, and I think it's right thing to do), easy to learn (doubtful, but we will see about that, aye).

We're not going to make whole model for today's lesson, it's too time consuming. It's just some poorly modeled thing that we need.
Okay, first, Open Blender and make new document, when you do so you'll be welcomed to "torture 300 hundred buck dungeon:" empty space with only resident here. 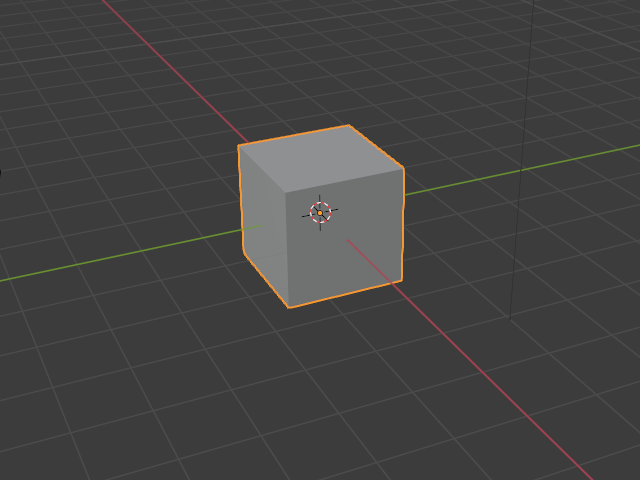 Yup, that's the one. Meet the cube. Your only target for humiliation today. Now, Blender does have few modes to work in, the one we require today is "Edit mode" (and it will be required for more than one use, trust me, I have an experience) 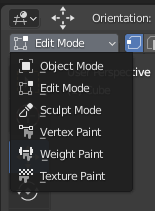 Now to the interesting part, we're not going to create additional meshes (suck like cube, spheres, etc), but we need to expand our cube and, somehow, make it look like it have some poor pistol shapes so we're not going to feel bad when we will draw over rendered image of our base for future sprite.
Blender have two functions we need for such operations, these are "extruding" (basically creating new polygons, faces, vertex point (those dots that you may move along with faces, edges, etc) and "Loop cut".
There are hotkey combos for each of these: "E" for extruding something, "Crtl + R" for make loop cut on model.

I don't know what shape you'll do here but I made this one for this tutorial: 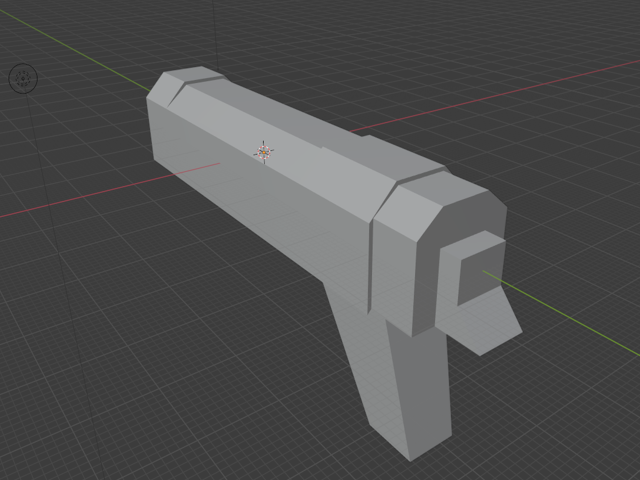 !MAKING MODEL RENDER!
Isn't that hard and time consuming as it was before 2.8 popped out.
We will use Eevee render engine for it, but first we will prepare some basic render settings for "camera" thing.
1. Open this tab below set Resolution X, Y and Aspect Y as depicted here: 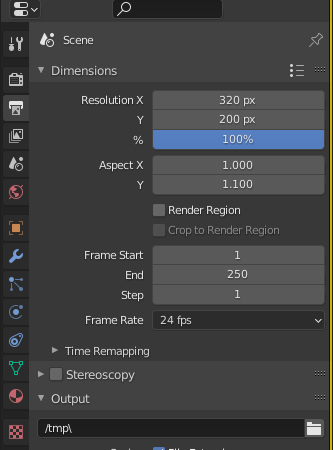 I know, since GZDoom can do some thing-a-magic to sprites aspect ratio it doesn't make much of sense to those who does mods for this source port, but keep in mind that if you make sprites for another port like, say, PrBoom, 3DGE, or... Christ, VaVoom, you'd better know that IdTech streches graphics a bit, therefore what you may see like normal in game might to look like a damn dwarf (yes I'm about you zombiemen), don't worry, a bit squished sprite will look fine in game, as if it was like that from the start.

Okay, render resolution set. Now set your Camera behind the model, easy way to do so is just by pressing Num0 and fly behind, using traditional WASD movement. Yes like in your favorite FPS.

Okay now, where we're goin next... ah yes, we're get this far to set some things in Eevee itself.
Look, you may render your image already, as is, after manipulations above were done, but, insted of this transparent and crisp render you'll get this 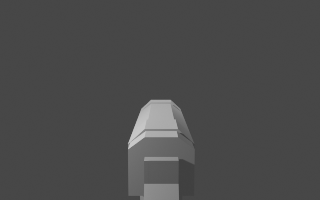 Doesn't seem to be right, and that's why we need to put do few more things.
Get in upper tab (one depicted by photoapparat) where render engine options are and set these parameters as it shown there: 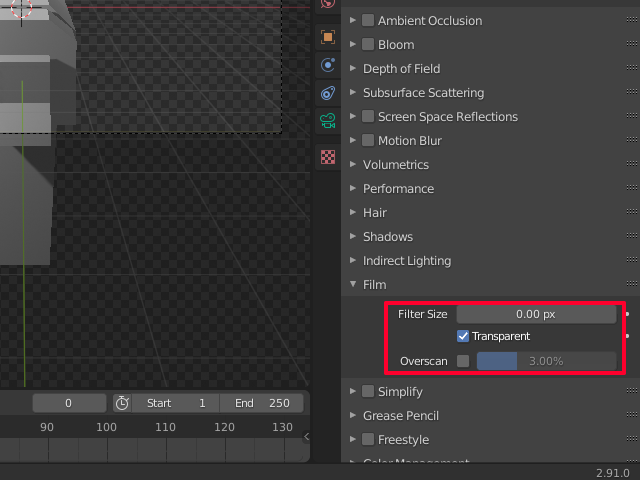 it will prevent render from having any background and blurry edges of your sprite.

and so after that, your rendered image would look like that: 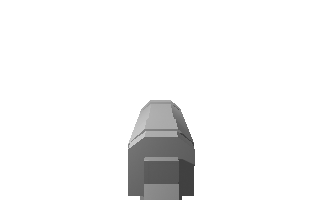 Okay now that we have dealt with render, let's start drawing.

DRAWING
It's pretty common to try different software in order to find our way to make sprites (or digital art overall), I know many people use GIMP, Paint.net, but I'm not that optimistic about these two, as I tried use them before and it was retty frustrating experience to me.
That's why we're going to use Krita. It's pretty much Photoshop-like software, and if you're not a stranger to Adobe's product then you'll catch the stream pretty fast. If not - no worries, Krita have pretty good UI that you can customize for yourself.
Now, standart canvas size for sprites is 320x200 (native Doom resolution tho). It doesn't mean you should feel whole space by your creation tho, na-ah. It's just native game resolution so it's obvious to be better if we will consider it while doing our sprite, and so, let's get started. I already have done some customisation to my own copy of Krita yet yours might be look similar to this.
Relaxing... now, here's a question, "how will we do the painting?", and the question is "I have no clue, really, it mostly depends on you".
I've done few examples on how you can achieve your first ever gun to look like, just as example. Left to right:
1.simple outlining, without futher bothering with details, colors, etc.
2. Doing one with pixel art tools (I suck at pixel art)
3. Using brushes instead of pixel tools. 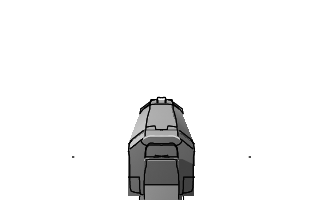 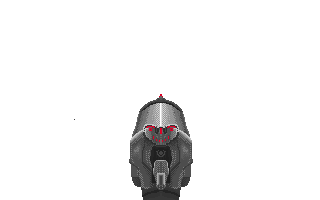 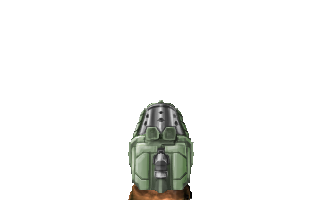 Here I recorded drawing process: turns out OBS messed up my video therefore no video demonstration for awhile, I'm sorry...

Re: Wannabe tutorial on how to sprite with simple shaped mod