I was initially reluctant on reporting this bug because it's something super-specific that only happens with MY mod and only happens in a very very specific set of conditions and nowhere else.

Load both mods, warping directly to the map with +map TEST, run into the room to the east. Player corpses will look like this. 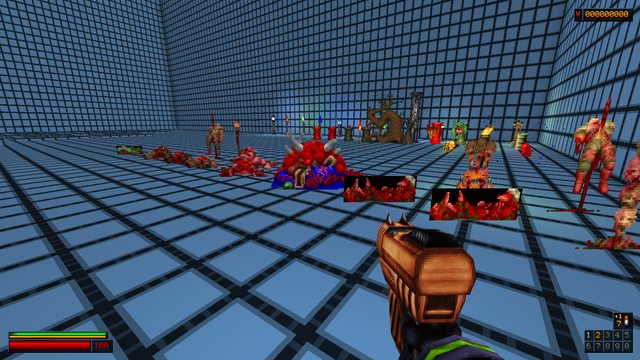 The bug only happens when doing that, and not when loading into the map from the console, or when loading ANY other map. The bug additionally persists if any other map is loaded afterwards. I have tested many of my other mods, and it only happens with this one. I have ABSOLUTELY no idea what's causing this as I do not touch neither the marine corpse classes nor the player sprites.
Top

This appears to be the same as this bug. Closing this as a duplicate.
Top
2 posts • Page 1 of 1