Forum rules
Please don't bump threads here if you have a problem - it will often be forgotten about if you do. Instead, make a new thread here.
1 post • Page 1 of 1

I was having some problems with the appearance of the hyperblaster in my Genetech mod: 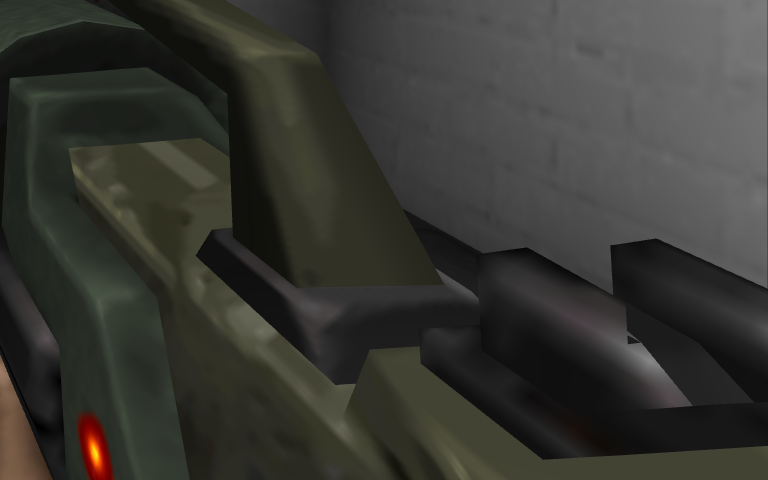 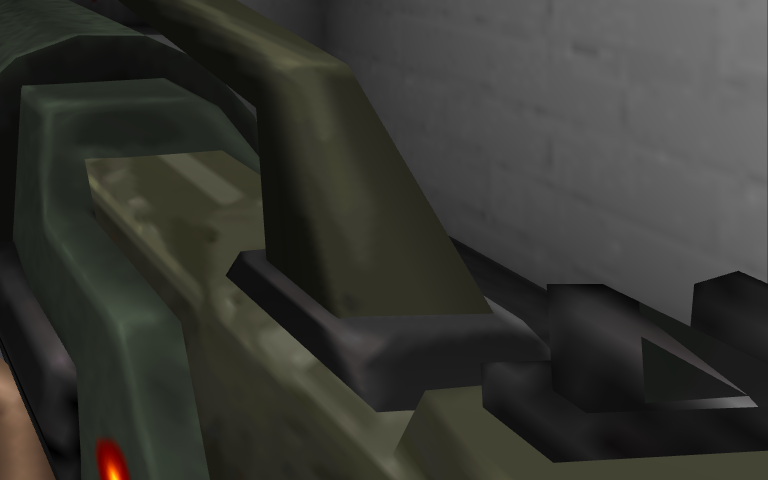 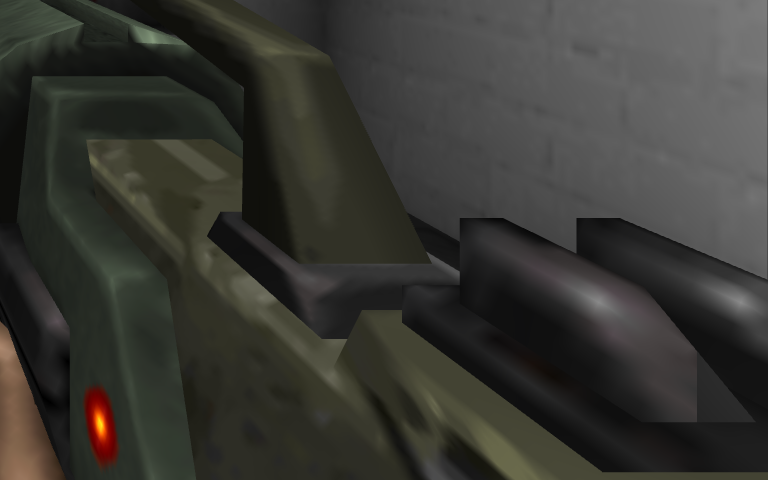 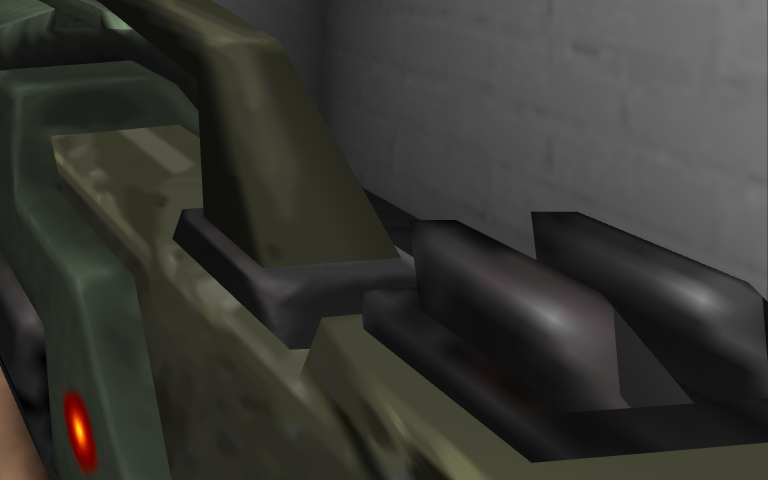 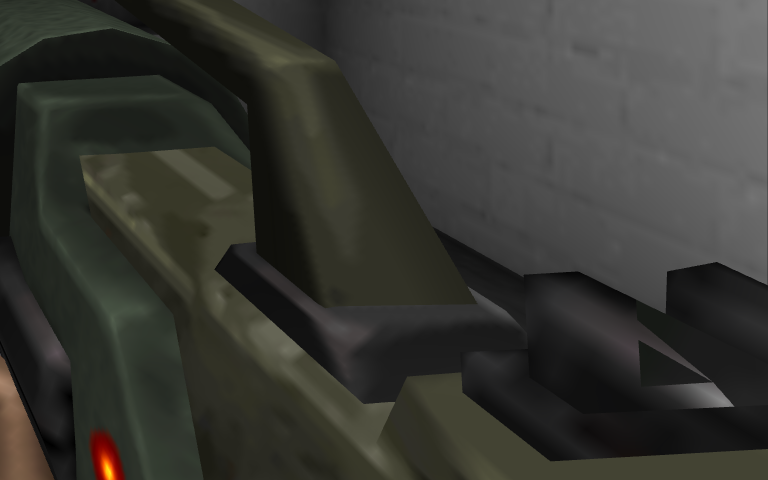 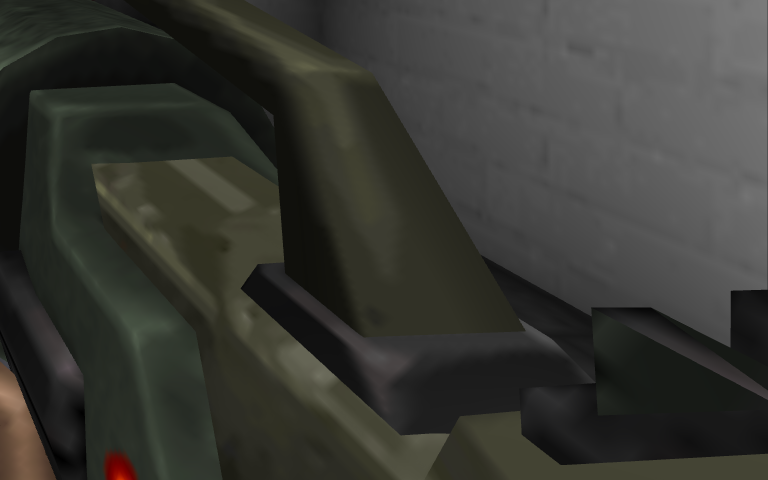 For some reason, the bottom-right corner of the hyperblaster model shows those visual errors

I tried a whole bunch of things, none of which worked, then Nash made a suggestion:


Nash wrote:Model polygons behave a little wonky when they get too close to the camera (regardless of file format)... could be a similar issue manifesting itself here. Just for tests, if you move the model "forward" so it's farther away from the camera, does the clipping glitch still happen?

And that seems to be exactly what the problem is. If I move the model forward a bit, the problem goes away (though, obviously it moves the position of the weapon in the view). This actually worked out fine for me but the issue could be problematic in other situations.

Aside from not being a particularly great model (in keeping with other models for Quake 2 at the time), I don't think that there is anything inherently wrong with the model. It works well enough in Quake 2 and in the port KM Quake. I have also tried a made-from-scratch MD3 version of the weapon that I found in a hi-res model pack for Quake 2 and it showed a similar problem even though the model itself was entirely different.

I've linked to a cut-down test file. Just load it, give yourself all the weapons and select slot 6 twice to get the hyperblaster. (Or give yourself the weapon test01.) The glitch is visible most of the time but it becomes particularly obvious during the wind-down animation after firing. I suspect it's more obvious in widescreen modes too.