I Made A Quake Clone In 10 Days 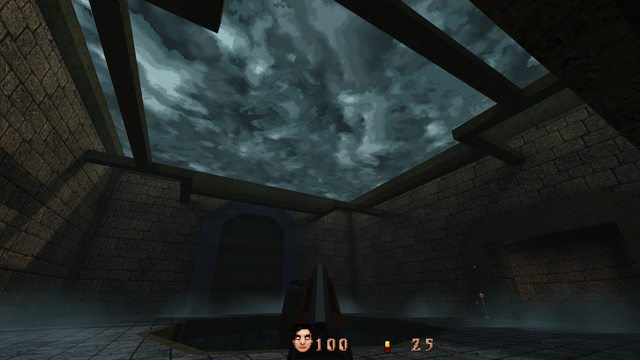 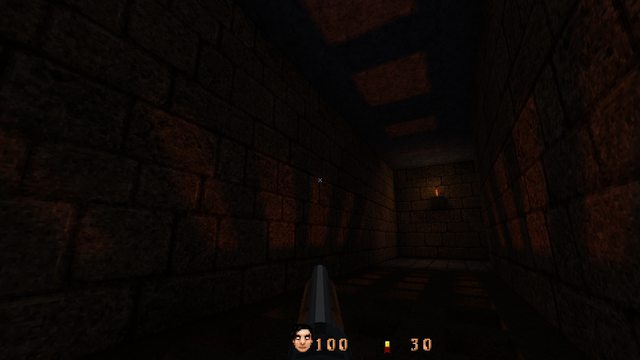 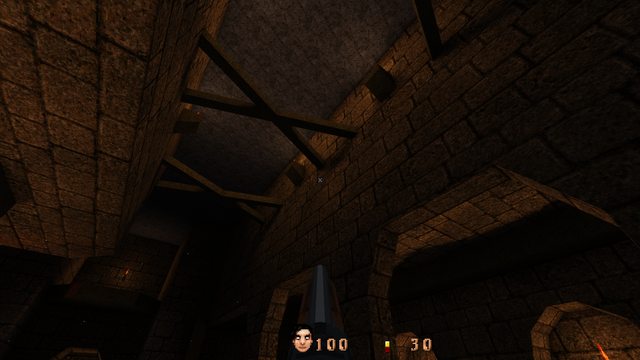 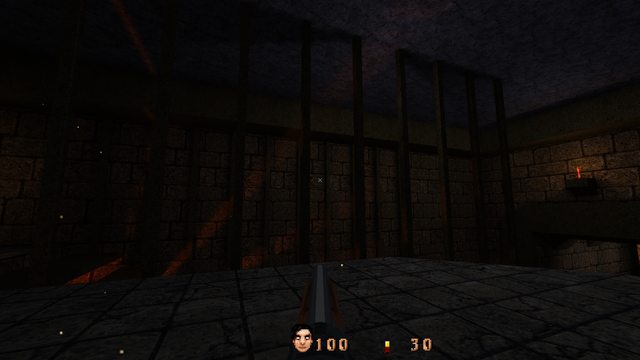 Playing around with lightmap colors, custom sun color and direction, and bounce lighting (mostly evident from the outdoor shot - without bounce lighting, the shadows would be very dark and solid)

I know you aren't going to do that (And you have Darkadia after all) but at this point its almost criminial if this does not land on Steam. Out of all Quake like clone games, this looks one of the most faithful, especially with the lightmapping going on.

More on point, it looks like fun. Any game that can give off that impression is a good one.

Lightmaps in GZDoom? How?
Top

Tormentor667 wrote:Lightmaps in GZDoom? How?

Using enhancements to this.

It was inspired by this, which was used in Strife: Veteran Edition.
Top

Tormentor667 wrote:Lightmaps in GZDoom? How?

Using enhancements to this.

It was inspired by this, which was used in Strife: Veteran Edition.

Nash already pulled off so many great things I don't doubt he'll be able to turn this into a cool game. Learning level design from scratch is ofc a time-consuming progress and takes a lot of practice. However, Nash being Nash, he wouldn't give up on something if he knows it's worth seeing it through. So yeah, I am confident about this and keep my fingers crossed for more greatness to come.
Top

I never knew how much I needed lightmaps in Doom until I saw those screenshots. Absolutely amazing work.
Top

Thank you everyone. I'm still learning, but I hope this will turn out to be something fun to play!

Yes, lightmaps are being resurrected for this game (and Darkadia). It all started a few weeks ago, when I dug out the dead lightmap branch from its almost-3-year-old grave and painstakingly ported it to the latest GZDoom codebase (4.7).

I wish I could say it was as easy as just copying and pasting some files and calling it a day, but it wasn't. GZDoom's codebase changed so much between then and now, so I had to carefully figure out where all the pieces went.

Even then, after being able to successfully compile it, the lightmaps didn't actually work - had a lot of help from dpJudas to get it where it's at today, to be able to produce the images you see in this thread today.

So really, the one doing all the magic here is dpJudas. :) I'm more of a guinea pig, really!
Top

This would be cool for our project as well. I love how this looks.
Top

I'd say. I am still in awe with the Bumi weather system from a few years ago.

Nash is the kind of guy who does these out-of-this-world wacky things with the engine in a similar manner that leilei did with Engoo. Implementing high end tech and see how far it works. Its the kind of nerdy shit you need to have in, like, any community.

Nash is that guy. And that's why everything he does has that nerdy shimmer to it. Its not just useful, its awesome.


Nash wrote: Yes, lightmaps are being resurrected for this game (and Darkadia).

Interesting Darkadia has risen exponentially! That would make the game really stand out.

There are other GZ games where lightmaps would make a dramatic difference. Selaco, and if the artstyle befits it, Supplice.
Top 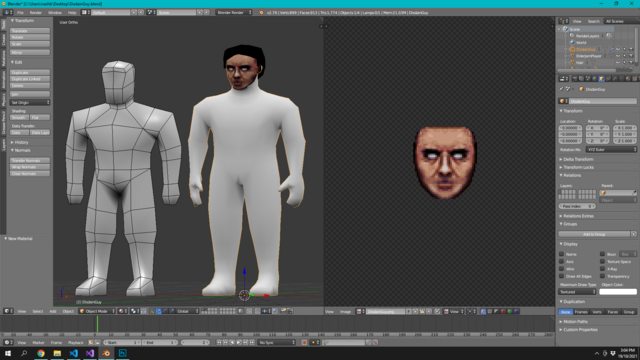 Starting to replace the Quake-based meshes with original ones (left - modified Quake player, right - my own model). I'm still keeping the overall look and proportions.
Top 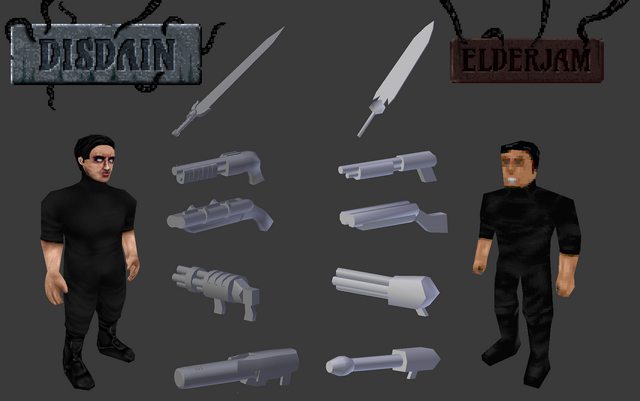 Remodeled the player and weapons. :) Funny how much more effort this is taking when it's no longer some stupid 10-day game jam... :P
Top

I thought you were taking a break for health reasons. Is everything good again now?
Top

I am. But got bored and started playing with Blender. This game, compared to the other one, has no pressure attached to it because I'm just messing around with it.
Top

I mentioned this in Youtube comments, but this genuinely made me want to make a full mod mappack for this. Like this genuinely inspires me to get off my ass and make maps for it. Like, this is a game that deserves more content.

EDIT: Wait, to expand: I really loved this proof of concept and I think this has huge potential. The gameplay feels really polished and cool, it feels like distilling best parts of Quake without the unwieldy parts. The only areas I would improve is appearance of the levels, which is currently kinda simple - but the gameplay, theme and flow of the levels is great.
Top
86 posts