Back in the day I don't think people would have really gone for this whole "corporation as state" thing, but I guess back in the day they didn't have to deal with portals to hell ripping our dimension apart. When push comes to shove, if the throne is empty, somebody's going to go and sit on it. Just happened 200 years ago that it was the UAC. They call themselves a commonwealth now, their CEO a president, their shareholders are the public. All told they've done a decent job putting the pieces back together.

I don't think folks on earth during the invasion ever though we'd survive, let alone make it to the stars. Yet here we are. Those dark times have faded, but we must always remain watchful for the Old Enemy, lest he decide to return one day... 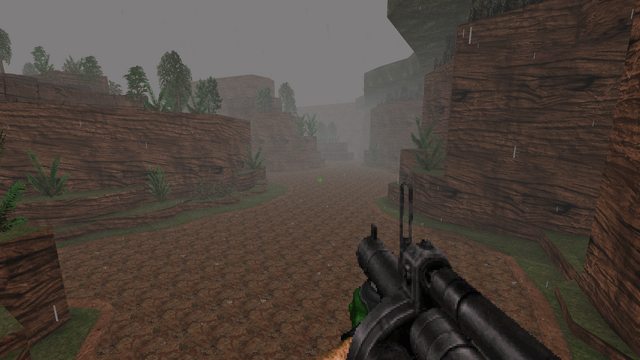 What is Interstellar Enforcer?
In a nutshell, IE is a mission based GZDOOM TC for DOOM II. Take doom, mix in a dose of unreal and turok, add a splash of metroid and maybe a little bit of system shock 2 and you'll not be far from the target. You play as an officer of the Interstellar Enforcement Patrol, tasked with policing the obscure fringes of humanities bustling space empire in the future of the DOOM II timeline. You generally do this by shooting things.

The demo release (grab it below!):
- Contains 2 full missions
- A handful of enemies, some with variants
- Less than half of the mods arsenal.
- Clocks in at around 2 hours of gameplay.

At completion:
- It will span 3 planets, each containing 3 missions + 1 secret mission. Missions can span multiple maps.
- 9 1/2 weapons, from a lowly plasma pistol to a starship killing antimatter gun.
- A bestiary, containing some old friends that have learned new tricks
- An upgrade system, allowing you to double jump or knock out bad dudes with a single swing of your fist 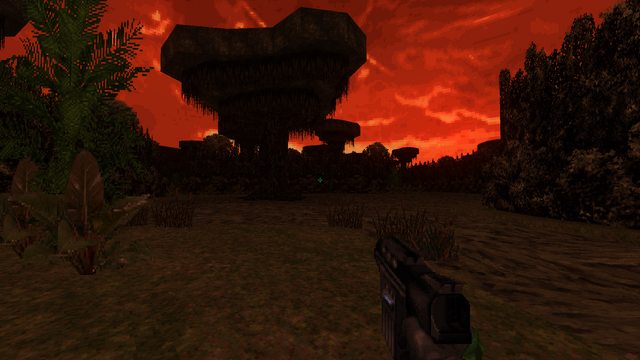 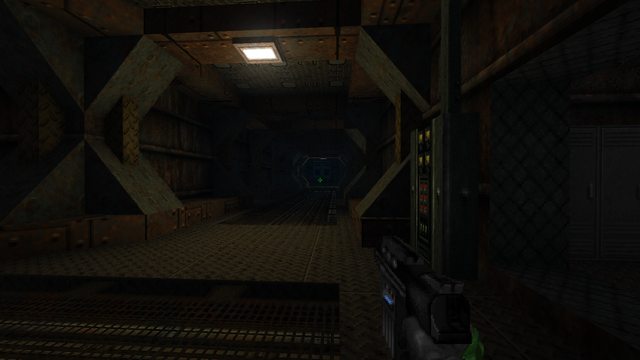 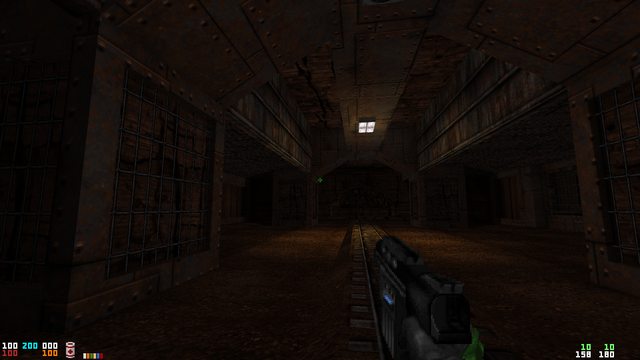 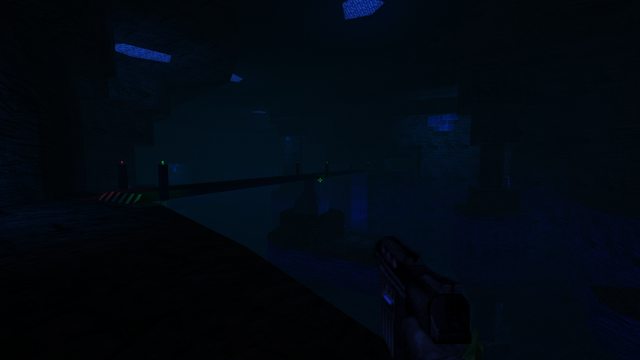 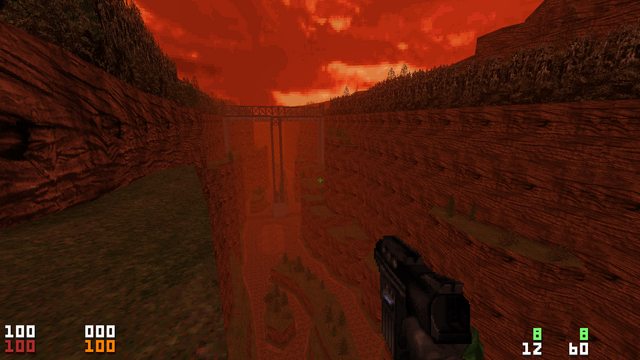 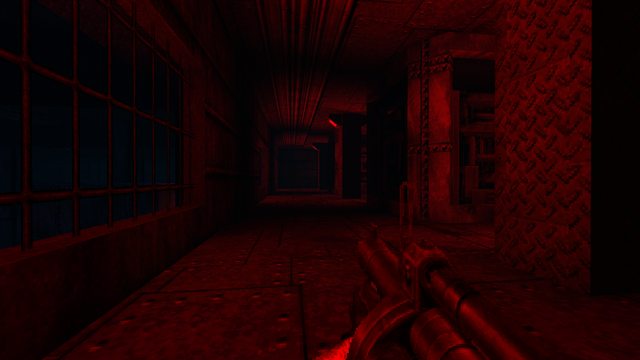 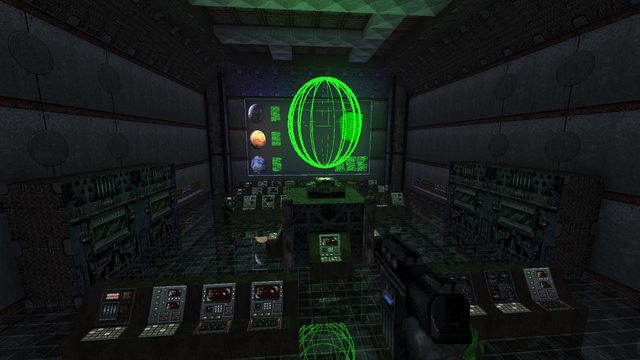 Spoiler:
What does "mission based" mean?
All games start from a central hub where the player can select from available missions. Once a mission is picked, the player is transported to the mission map, and proceeds from there. Missions can span multiple maps and can be anywhere from a quick 10 minute jaunt to a 1 hour epic.

Is this going to be a stand alone game?
No, IE is a TC for DOOM 2 and will remain that way.

Can I run -insert mod- with this?
Odds are no. The gameplay and maps of IE are unfortunately tied together and there are many effects which have been created in a uh, hacky way.

Does this support multiplayer?
Hard no. IE was not at all designed for multiplayer, and I shudder to think what shenanigans would take place if it was tried.

Spoiler:
I am only human, and probably forgot something or someone.
If you see something of yours, or something you recognize that isnt properly credited please let me know.


Hands on all weapons are by torridgristle.

All weapons have been modified to some extent from their initial version.

Pistol
Based on R667 Plasma Bolter by CodenniumRed
Sprite: Daniel (id Software, 3DRealms stuff)
Sound: aliance of valiant arms, the mutated sound of a howitzer I found somewhere,
other stuff lost to the mists of time

Railgun
Sprite from scratch (!) by abbuw, touched up by Uboa
Further shitty edits by me.

Other sprites:
With the exception of the armors and the jump boots, all non weapon pickup sprites are original.
If you like shitty art, feel free to use them.


Code:
Some vesitigial flashlight and footstep code based heavily on work by TheZombieKiller
The current spolight flashlight is by uh... Steve from the ZDF
Tracers based heavily on tracers found in WW-nazis by wildweasel
Gore system is a mutated and deformed development of NashGore by Nash
I believe the menu mouse code was taken from something by Ral22

You have my attention.

Mine too, this looks interesting
Top

Thanks for the interest!
Put up another handful of screens. Very excited to finally release something and get some outside feedback. I'd say the demo is about 90% complete. There's an endless number of minor bugs and rough edges to be sanded down, but I'm pretty confident (famous last words) I'll have something out by the end of next month.
Top

Looks cool can't wait to try it out.
Top

Always wanted to see an Unreal-like mod done in the Doom engine. Looking forward to play this!
Top

This is looking good im liking the idea of the mission based theme.
Top

I've thrown together a (very) brief gameplay video showing some combat. You can watch it up in the OP, or if you're too lazy to scroll up, go ahead and click this here link:
https://www.youtube.com/watch?v=taViiUyVcHM
As it stands I've forced myself to lock in the features already present in the demo, and barring some disaster I'll be releasing it into the wild very soon(tm).
Top

Oh this actually looks and sounds interesting, at first I was thinking it would be more Doom 2 esque complete with another demon invasion (I do hope demons won't be showing up, just human factions, alien creatures and intelligent aliens).

Edit: just re read the first post. Demons will be back, oh well.

I like how this is going to incorporate elements from games like Unreal and Metroid as those are some of my favorite games or game series.

While this is not canon of course it is nice to see a storyline that continues on the Doom timeline (I kind of imagined Wolfenstein and Doom being in the same universe), what has happened after the events of Doom 2.
Top

not feelin the plasma pistol tho
Top

TDG wrote: Edit: just re read the first post. Demons will be back, oh well.

I've tried where possible to stray from the "666 cover of a heavy metal album" depiction of demons and hell. I'll say my concept of hell is a little more lovecraftian. They're under new management

As an aside, have you played the AMC TC for Duke 3D? Sounds like it might be right up your alley!


chronoteeth wrote: not feelin the plasma pistol tho

Ooh, see this is sort of what I'm after. I've been staring at these resources and hearing these sounds for so long I've lost all ability to tell if they're good or not.
Is it the way it looks? Sounds? The general "feel" of it?
I'd be interested to know why you think this!
Top