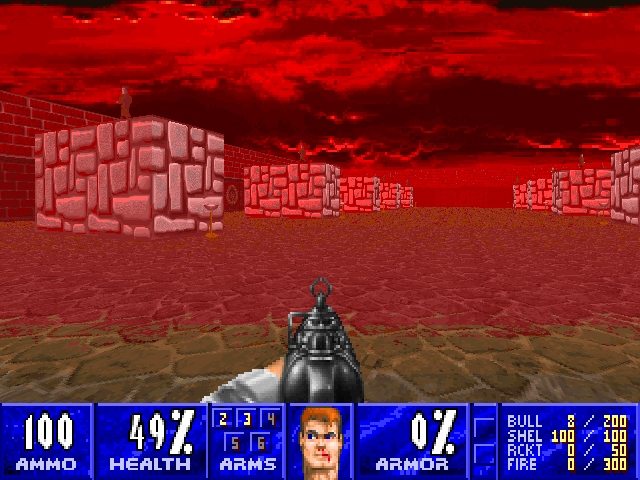 During January and February 2015, I was working hard on bringing ZDoom compatibility to all of Laz Rojas' WolfenDoom packs (except for Die Fuhrer Die as it is already included in the Original Missions). Primary goal was not to add too much eye candy, but rather fix bugs and showstoppers. However, some packs have also seen some visual improvements, e.g. fog in some maps.

As a bonus, Caleb26's Spear of Destiny packs (with fixes done by myself) are also included:
Spear Revisited
SoD: The Lost Episodes (requires GZDoom)

What you cannot expect:
- Fancy stuff like GZDoom effects/lighting (except for Caleb's SoD Lost Episodes pack)
- Merging of episodes or parts (i.e. uniting Astrostein 1-3, Operation Rheingold 1+2 or the two Arctic Wolf parts)
- New levels - this just polishes what has been there already


Hope you guys will have as much fun playing these classics again with ZDoom as I had when working on them!
Last edited by NightFright on Thu Oct 17, 2019 2:32 am, edited 57 times in total.
Top

Thank you NightFright, Wolfendoom was the first series of total conversions that I downloaded back when you had to go to a cyber cafe for internet access: sometimes having to span three floppy disks for a Wolfendoom episode!

I will enjoy playing these later tonight

The first map of the first episode of the Original missions seems to be broken.
Top

SPEAR OF DESTINY : THE LOST EPISODES requires GZDOOM to work because of 3D Floors and Ambient Lights.
Top

Using latest ZDoom revision, I can confirm the crash with Original Missions, but it is NOT a problem with my modifications. ZDoom also crashes if you just load original.wad. It definitely didn't do that when I was working on it back in January.

Meaning: ZDoom problem. I tried with different versions, and it crashes with all ZDoom releases including and after zdoom-2.8pre-1427-gcad2821 (April 19, 2015). This has been reported.

This is great! I was thinking about doing something similar to this but never got to it. Although I think some map packs could benefit from some fixed GLDEFs and Translucency for objects that were changed to different decorations. (IE bits of treasure that glow green like armor bonuses for one example) and actual Underwater Sectors in Arctic Wolf. But I know you're most likely done with this by now. Great job nonetheless

Initially, I intended to put more eye candy into these packs. However, when I encountered too many glitches and inconsistencies, I decided to rather aim for a focus on bugfixes and bring all packs to the same or similar level regarding presentation (menus, features etc). Things like a key not appearing on easy mode, missing textures or pushwalls opening from the wrong side just shouldn't happen.

Also, one of the main problems people had with Laz Rojas' stuff was that gameplay was just too hard. I tried to improve this by significantly reducing player damage taken (and increasing ammo pickup amount) in lower difficulty settings. This should make it a lot more enjoyable for those who don't like hardcore combat. Third (normal) difficulty mode changes nothing, i.e. it plays as intended by the author. If you want to go beyond that, well... don't say I didn't warn you about it.

If anybody ever feels like adding GZDoom stuff to all this, feel free to do so! The monkey business part has already been done with this.

Regarding the MAP01 crash in Original Missions:
Graf Zahl has already identified and eliminated the issue. One of the next ZDoom snapshots will have the fix, so you should be able to play this again with "bleeding edge" releases after that. Apparently it had to do with that specific map having no sector tags at all and ZDoom not being able to handle this properly (any more).
Top

Too many enemies too few bullets
Top

Thanks for this! Been dying for a FULL pack of everything Wolf 3D. Only thing I'd change (and might for myself) is to use the music from CeeJay's enhanced version downloads. They sound better to my ear.
Top

This is more than brilliant, time to boot up the old goldies again

Are you going to add a score counter to every wolfendoom wad? (excluding SODREV and SOD Lost eps.)
Top

Maybe in a later update - when I have enough time again and once I have figured out how it's actually done. I am not that much into scripting in general. Was hard enough for me to find out how to do what was needed to apply all those changes you can see in the readme files.

If anybody wants to assist with it, I wouldn't have any objections.In the end though, it'd rather be optional.
Top

Spear Revisited is my creation and Caleb26 merely ported it and did the Doom engine enhancements like flats and lighting. You should also credit Id Software, FormGen Corporation, and MacPlay Entertainment for the original/nocturnal missions, the Spear Lost Episodes, and Second Encounter, respectively.

Edit: Spear Revisited also has an extensive list of credits, I hope you packed that file in with it!
Top

I included the readmes which came with Caleb's packs. They have some additional credits, but I guess they may not be complete. I can reupload a version with full credits tomorrow if someone is able to provide who is still missing.

In the meantime, I have already updated the credits in the first post (also over at Doomworld) - it's something. And sorry for this, wasn't my intention to skip anybody!
Top

http://www.moddb.com/mods/spear-revisited
Both the ECWolf and the original versions of Spear Revisited are here with their respective readme/credits files.
Top
195 posts