*DEVELOPMENT TERMINATED*
no further updates or changes will be logged on this project from now on. - Latchford
completely happy with this now so I'm calling it. it was fun to revisit it but now its done. thanks to all who contributed.

I had always felt that quake needs some zdoom air-time and a mod with the quake weapons is crying out to be made. however a quake weapon mod for doom is kinda boring. there are so many doom weapon mods out there! so what game do you make it for? well, lets see whats dark, gothic and creepy? HeXen of course but the mana-based ammo system causes pain-in-the-arse issues with like for like replacements. so then heretic seems to be the next logical choice!
so was born the idea: Quake; descent into heresy. a quake themed weapon/item mod for heretic!

Victory.
your fatigue was enormous. after scouring the four realms for the ancient runes, vanquishing untold horrors and despicable mutants, only to face the mother of them all; shubb niggurath, overwitch of the dark demense and defeat her once and for all, via a handily positioned slipgate.
Now you were ready to get back to earth to do a whole lot of nothing for a hell of a long time.
After a surprisingly quick debriefing back at slipgate command you return home in your pickup, satisfied at a job well done. Shubb niggurath was gone, the runes safely stored in stasis back at slipgate command and early retirement seemed more than welcome now... so why didn't you feel safe...

the Apsotatic pact.
it had not escaped shubb nigurath's notice that the slipgate system opened doors to more than just the known realms of old.
with the earthlings mounting a counterstrike, it was time for a little insurance policy.
A long vanquished demi-god of the serpent-riders-three seemed a likely candidate for a new ally.
the simple matter of his ressurection via the power of the runes ensured complete control over her new puppet.
with the help of a few of her minions, D'sparils lands were restored to their former glory, albeit forever tainted and twisted by the dark powers of quake, ready for reoccupation of his forces.
filled with new technologies and artifacts stolen from earth by shub niggurath's underlings.
and there, as a slave in his own rebuilt kingdom, D'sparil awaited his mistress' call...

the mission.
You'd barely been home a week when the desperate calls of the general came through early one morning. urgent information regarding the slipgate incident requires your immediate attention.
guess shubb nigguraths not done with you yet.
Hot-tailing it back to the base the damage around makes it clear there's recently been a rather nasty firefight. the general lays it all down.
seems they managed to capture one of the invaders alive enough for "interrogation".
"shubb niggurath's death has sparked a major power struggle resulting some interdimentional asshole called D'sparil causing a ruckus, seems he's in dire need of a good ass-kicking." at least thats how the general put it
"apparently his entire army is psychicly linked to him. kill D'sparil and its all over..."
you know whats coming. its obvious.
"...you're the best man for the job, son. noone else has ever come back from a slipgate mission in one piece."
you simply nod and go to gear up. retirement is looking anything but quiet so far...

as you approach the awaiting slipgate pad you summarise the situation with the general. "so, I go through the gate, kill all the badguys, assassinate this D'sparil and save the world..."
"just another day at the office for you, eh son?" smiled the general
"it shouldn't get old general..."
you pump your shotgun and step through...

Spoiler:
it simply requires zdoom v2.8.1 , heretic.wad (I think you can still buy it from raven or dl it from steam or what ever it is you do these days) and the rest is history.

late 2014 sgt shivers made a texture add on to further quake-up the heretic maps.
I also knocked up three new quake themed skies for each episode!

Although not necessary to run, I feel the texture pack enhances the whole quake/heretic mash up nicely and adds further quakeyness to the stock heretic levels. In fact its amazing how different they feel with new textures!

So to run the mod with standard textures your heretic cmd-line should look thus:

and with added quake monster randomiser:


oh, and gzdoom users should add the file GL_skies.pk3 after the textures. (not vital but totally worth it)

for those who may not know, zdoom limits the textures to the heretic palette. gzdoom does not.
that is why the skies are a rather plum-purple shade in the qd4h_fix.pk3 file.
however, gzdoom_sky.pk3 has sky textures in the familiar pastel-magenta shade you will remember from quake and as such are much nicer visually and fit in with sgt. shivers textures when playing in gzdoom. but gzdoom only. they simply look like shite in zdoom...


oh, and for those who don’t like surprises here is a list of what replaces what in the game;

credits:
sgt shivers for texture pack
eriance for original ng and gl sprite.
doom64 for weapon sprite bits
quake for sounds
doom beta for weapon sprite bits
lostforwords ssg sprites
mrenchanter rocketlauncher sprite
fuzzyblaze for the health and armor sprites
captainj for sng pickup sprite edit
duke3d for spark sprite
ww for spark bit code!
nailgun was pieced together from stuff done by Z86 and Lazureus(iirc). The muzzleflash was done by zirrion
Gollgagh for hud graphics
zirrion the insect for quake player sprites
indecom (used his QII avatar image and edited it as a quad damage LOL)
and probably more. (if I've missed you out don't hesitate to mention it)

oh, and me: OSJClatchford, for everything else!

Spoiler:
http://quakeone.com/news/site-news/1154 ... eresy.html - I was lucky enough that this made the frontpage of quakeone.com!
http://onemandoom.blogspot.co.uk/2015/0 ... h1pk3.html - KMX E XII of onemandoom.blogspot.co.uk was kind enough to write a review and stick it on his famous blog. check it out here!
http://forum.zdoom.org/viewtopic.php?f= ... 89#p660643 - for heretic/hexen fans I have another heretic mod of mine here 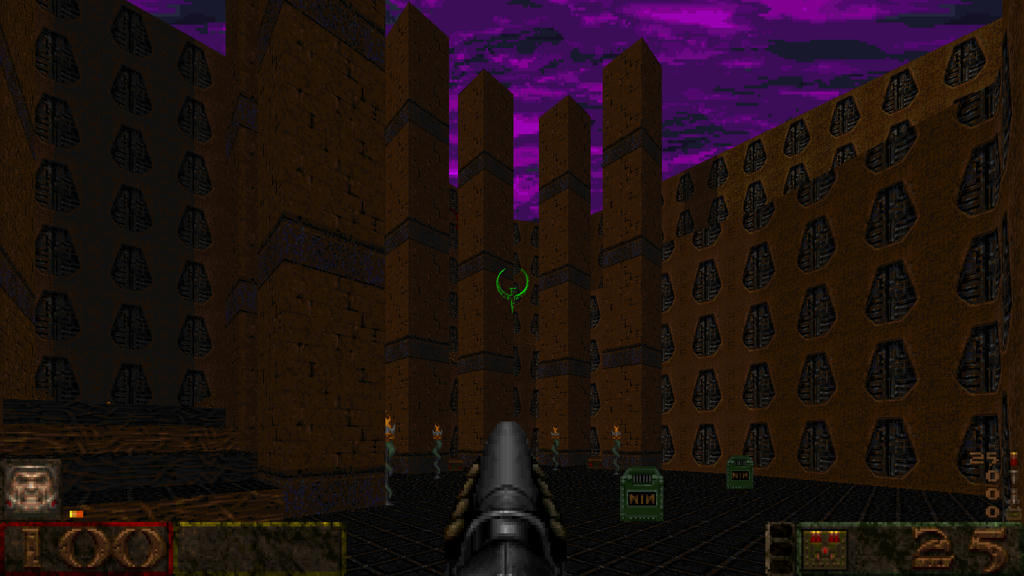 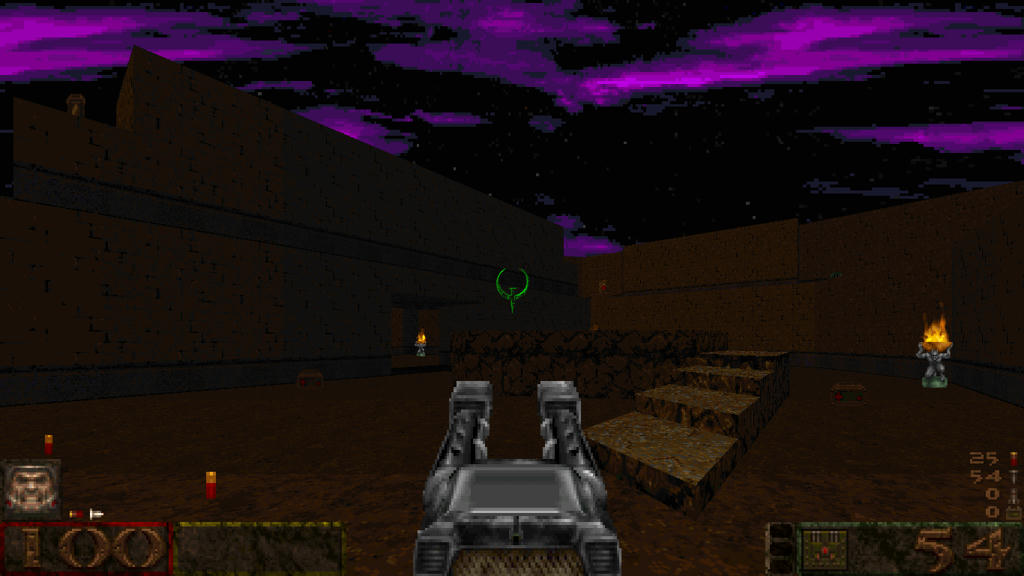 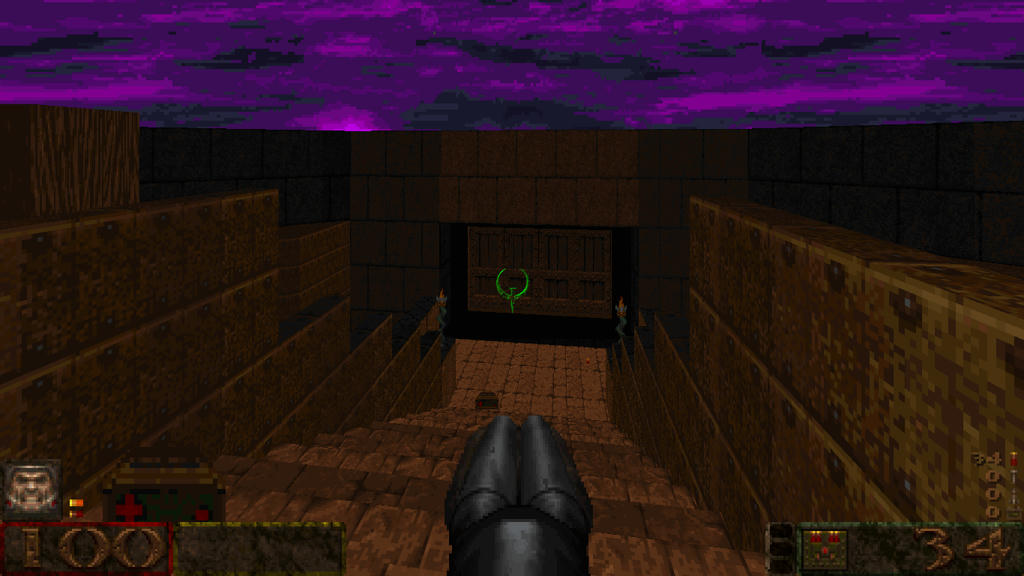 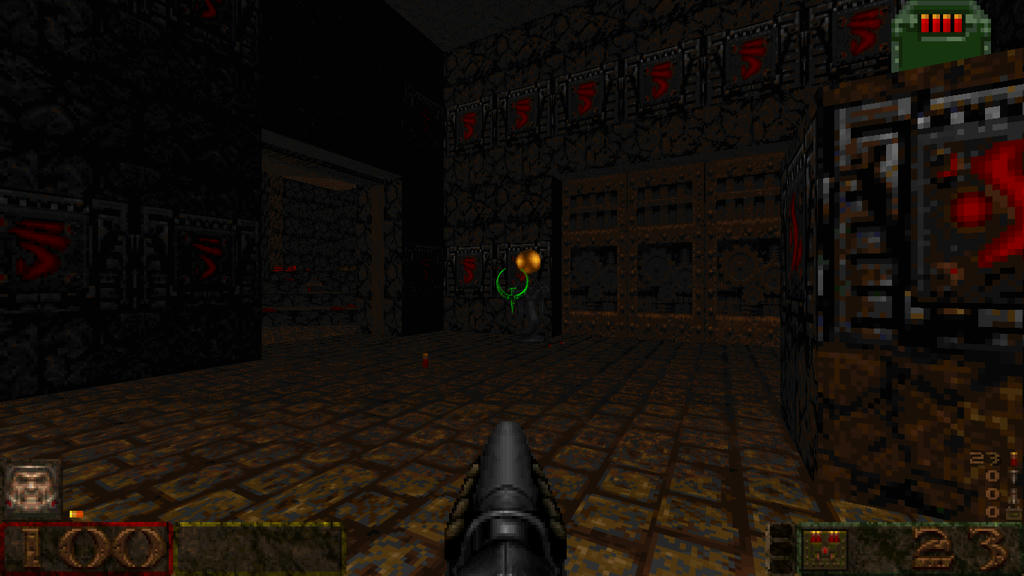 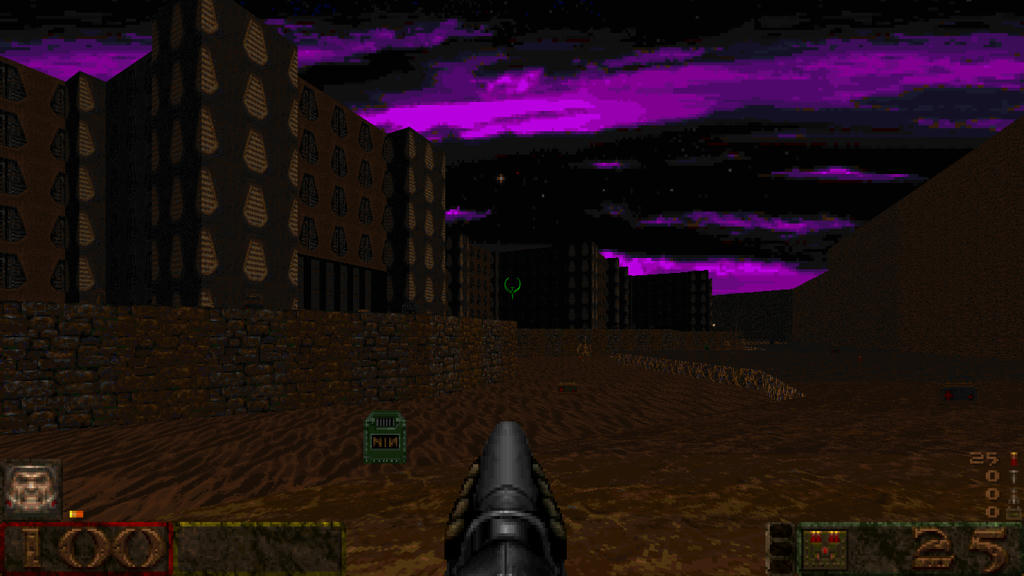 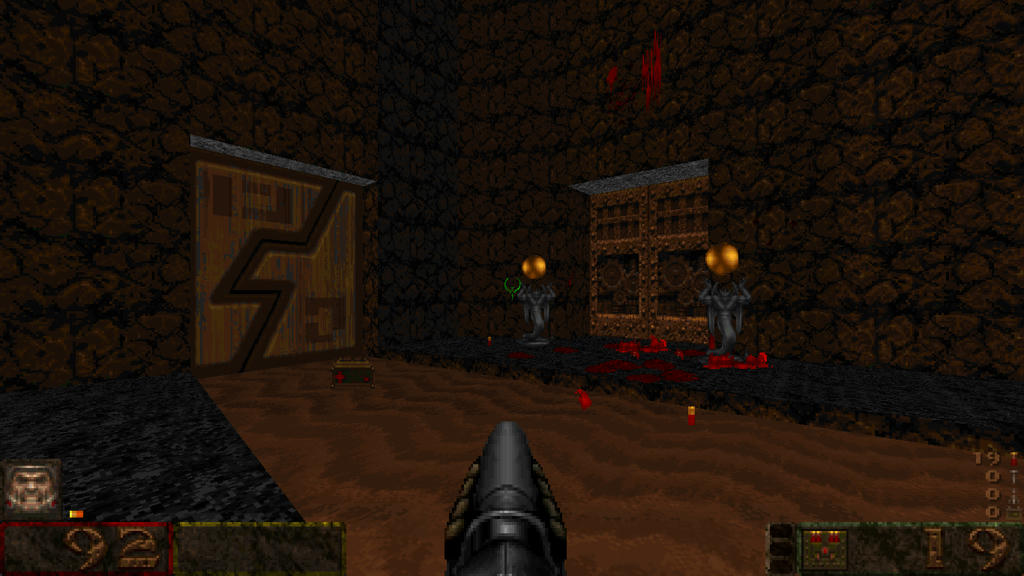 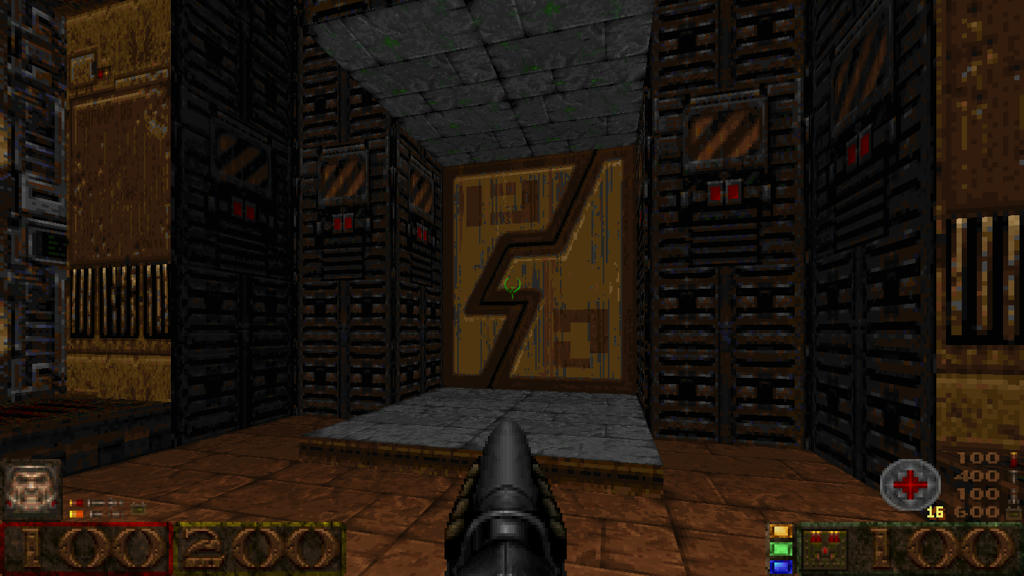 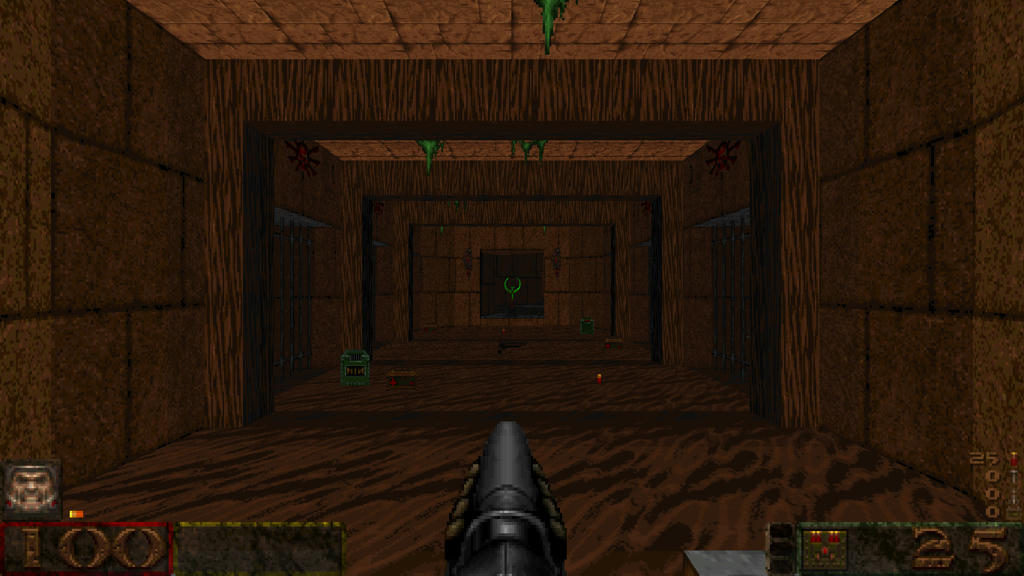 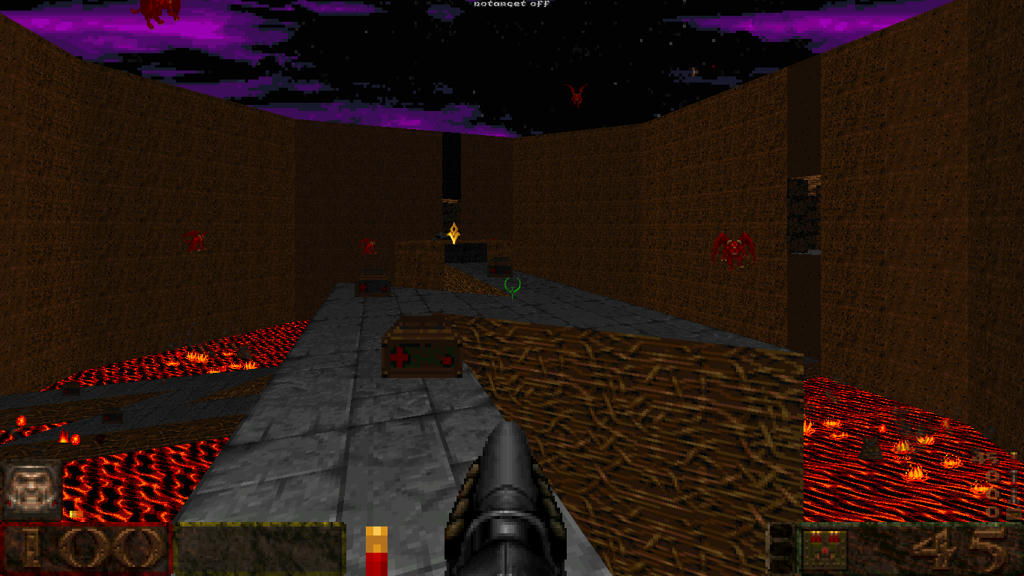 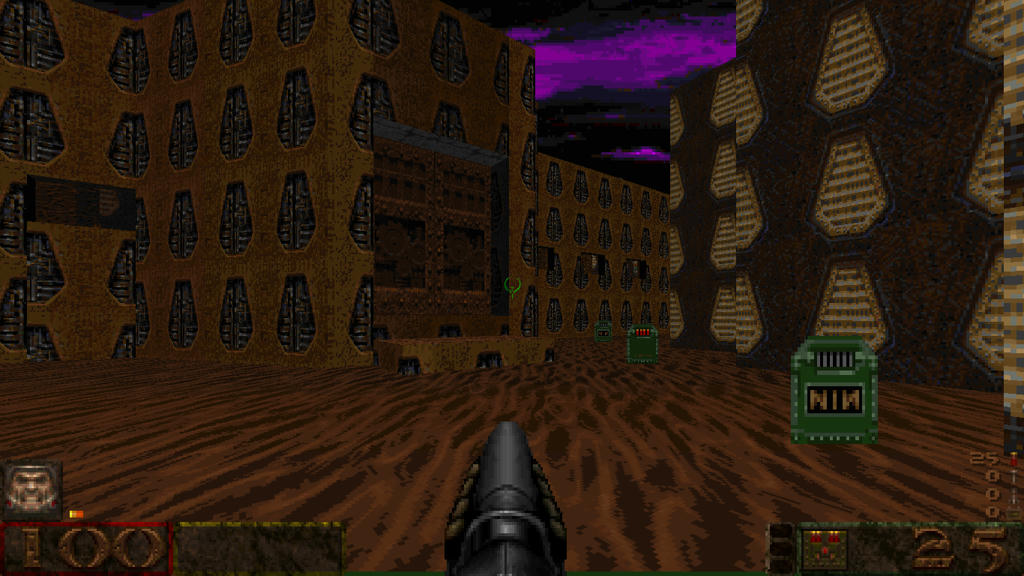 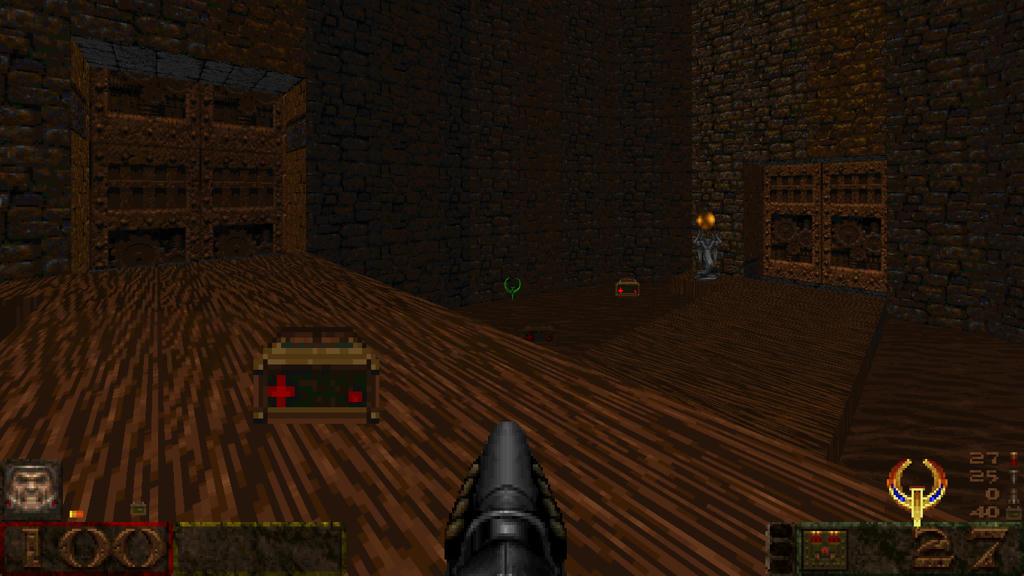 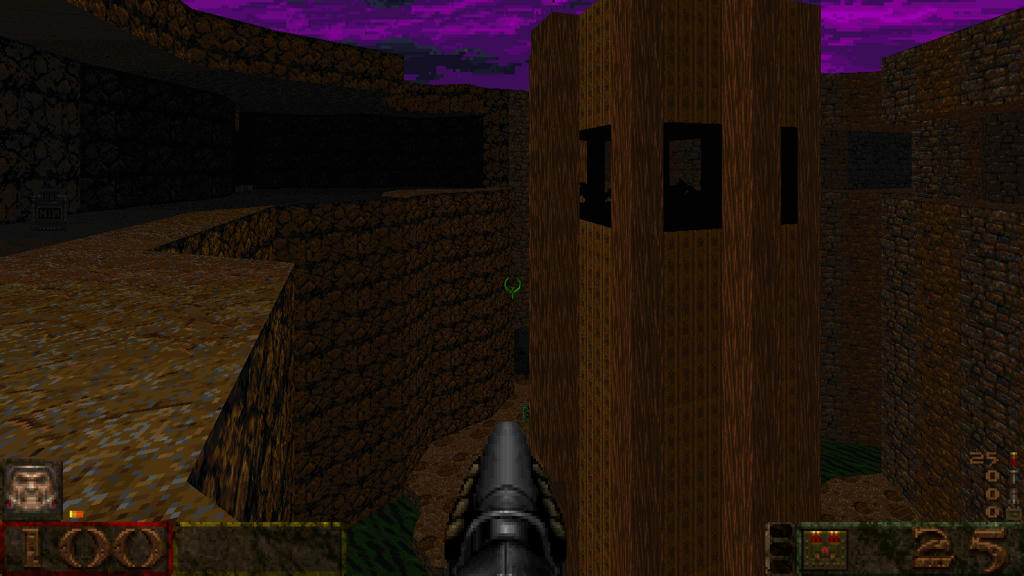 quad.PNG
You do not have the required permissions to view the files attached to this post.
Last edited by osjclatchford on Thu Nov 29, 2018 5:47 am, edited 113 times in total.
Top

Quake inside of Heretic is a pretty darn good idea, methinks.
Top

Welcome back. No, you can never leave ZDoom once you've started... >;D
Top

This is a great idea. I cannot wait to try it out. Heretic can always use some love and this is love indeed!
Top

These weapons look notably different from the originals in Quake, yet evoke very clear and familiar memories of said weapons. I like that.
Top

Those sprites look great, although they don't exactly fit into Heretic unless someone makes some Quake-looking levels and monsters to use them in/on. That would be sweet.
Top

Even a retexture pack for heretic to fit the quake theme could work.
Top

Quake weapons for Heretic is an excellent idea. Once I beat episode 2 with the Guncaster I'll try episode three with this, or four if you take too long


Nash wrote:Welcome back. No, you can never leave ZDoom once you've started... >;D

Yeah even if you "get bored" you come back eventually

Ixnatifual wrote:Those sprites look great, although they don't exactly fit into Heretic unless someone makes some Quake-looking levels and monsters to use them in/on. That would be sweet.

I was trying to remedy this earlier by making a custom palette for Heretic that was more Quake-like, but I had a hell of a time figuring out SLADE3's palette editor and only managed to make it look as if the player was permanently underwater.
Top

I have only one question: Lightning Gun?
Top

tsukiyomaru0 wrote:I have only one question: Lightning Gun?

wow, so many positive replies! now down to business: so far i've done all on my above 'spoiler' list above and a bit more.
just working on the quaddamage code/graphics right now and then beta version one will be up for grabs soon.

I had not intended to implement a thunderbolt yet the rocketlauncher will hopefully replace the phoenix rod (at present its the still the gl.)

did not see where to put said thunderbolt in the weapons lowdown. I'm going for good gameplay balance here and the lightninggun is a bit overkill. also; I decided to put the gl to spawn for gauntlets and mace so that episode one has a gl in it. with this in mind the heavy ammo for both claw and xbow are randomised thus; clawammobig - nailbig or rocketsmall and xbowammobig - shelbig or rocketsmall. wouldn't want to run out of ammo now would we