Finally got around to finishing this sprite sheet: 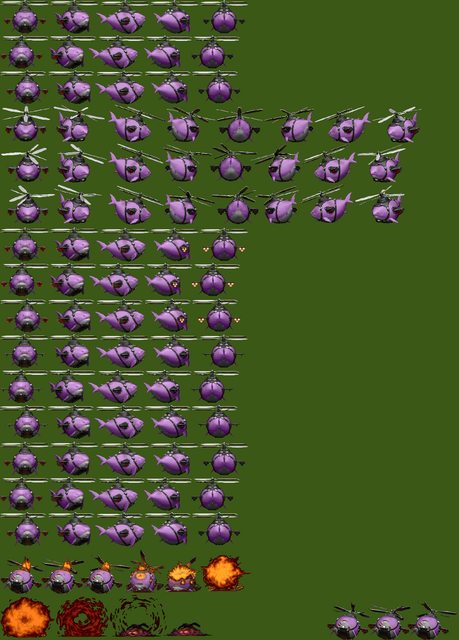 Been really busy with work and other things, so didn't have time. All the sprites for the super-secret map is completed. The only significant other sprites I need to do now is the crouch sprites for the player. There are some other minor touch-ups I need to do, but those are simple. All of the level edits for v1.10 has been completed already so the 1.10 beta should be playable whenever I add the Sharkopter sprites into the mod.
Top

It's good to be back Amuscaria, also for the Sharkopter sprites, they are amazing.
Top

doenst this fish need a little bigger pixels? or is this monster soo big in game?
Top

Death animation is quick and brutal than i expected

Also i love it being purple too heheah
Top

►Added secondary attacks to the Hellduke, Director and Behemoth (similar to the weapon alt-fires).

►Bloodfiend and Phantom movement speed increased from 12 to 15.

►Polished up some sprites.

►Remade the death animation of the Guardian.

►Optimized the flow of map HF1M1 to require less back-tracking.

►Polished up many of the maps' less-detailed areas. Altered the gameplay of some of the areas.

►Cleaned up the wad of old unused DE resource remnants.

►Fixed a bug that allowed Archviles to revive Behemoths due to it inheriting from the Mancubus.

►Fixed a frame jump error in the Draugr and Aracknight. Doesn't actually cause any problems, but now they won't keep getting armor until they awake.

►Fixed an extra frame in the powered-up Wheel of Pain's alt-fire that made it slower than the normal weapon.

►Fixed a bug for the mauler where its dynamic light wouldn't work due to its name in GLDEF being spelled wrong.

Crossed out patch notes are things that still needs to be added. Lemme know if you find any bugs.

If you want to skip the Mushroom-hunt, and just want to test the new super-secret map, warp to map "HF1M0". 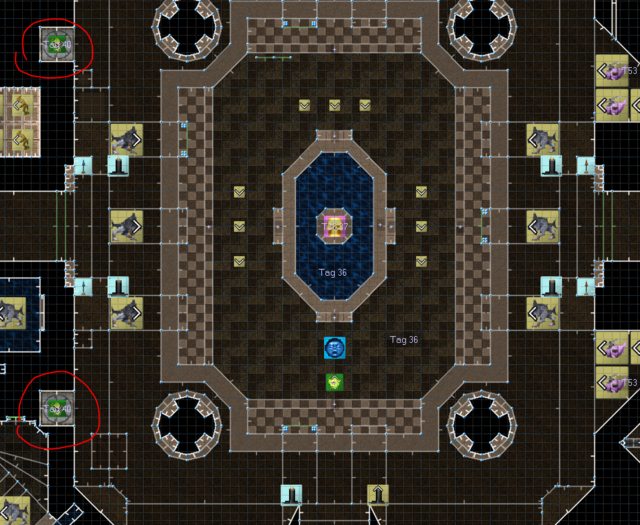 There are a couple of map bugs in the HF1M0 where the items are not on the teleporter because I forgot to move them after moving the sectors. See Image. Move them to the center of the teleporter.
Last edited by Amuscaria on Wed Jul 28, 2021 8:11 pm, edited 1 time in total.
Top

The new secret map is awesome! Cool theme and very well-executed architecture and level design. A couple things I noticed:

[imgur]https://imgur.com/GXNMNAS[/imgur]
1. This area could be a good spot for a secret, since you can jump to it.

[imgur]https://imgur.com/CuwiiED[/imgur]
2. Is jumping off of this small plinth the intended way to get to the blue door? It felt like sequence breaking, but I couldnt find an alternate path.

3. Finding the red key to use like 1 second away felt a bit gratuitous.

4. The Guardians having the fastchase movement is too much. They were already somewhat frustrating, but this makes them flat out obnoxious to fight.
Top

-That used to be a secret, but I moved it elsewhere.

-It doesn't matter how you progress thru the map, I try not to force people to get to where they need to go in a certain way unless it's necessary. Feel free to jump, rocket-jump, and sequence break all you want.

-Think I'll remove both Red and Blue keys actually and just replace them with switches. They seem pointless.
-

Amuscaria, this new map looks exciting the first time I played it, I also realised there are easter eggs in this secret map.

P.S: Is there a chance that the 3 shark enemies could be in Reelism 2 by any chance?
Top

undeadmonk354 wrote:Amuscaria, this new map looks exciting the first time I played it, I also realised there are easter eggs in this secret map.

P.S: Is there a chance that the 3 shark enemies could be in Reelism 2 by any chance?

The sprites are free to use, as usual, once the final version 1.10 is released. Shouldn't be to long.
Top

Hey Amuscaria, I was wondering; have there been people who have made additional addons for this mod?
Top

HyperExia wrote:Hey Amuscaria, I was wondering; have there been people who have made additional addons for this mod?

Besides the HD soundpack by Captain J, and the Brightmap pack by Skymarshall (both on the front page), not that I'm aware of.

Updated the status bar so it fills the screen; Now shows the amount of mushrooms you have and level stats. 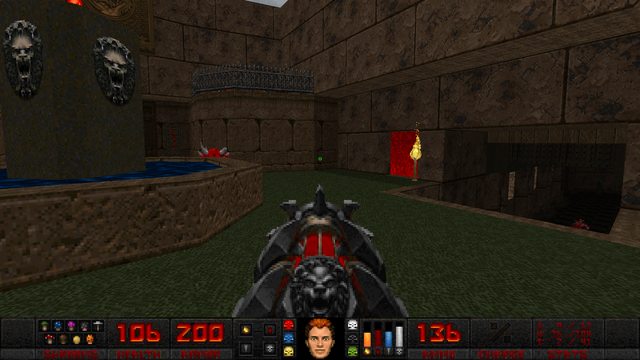 I....actually kind of made a set of addons and another mod version. I'm unsure if I am allowed to share it.
The two addons actually change the weapons in that they keep their same fire rate, but you can switch the weapons while it's finishing the animation, of which some of them I sped up....
The other one I actually made with some other custom sprites so it's playable with other wads. I have not shared it with anyone yet.
Top

@HyperExia: All of HF resources are opened to common use, so you're free to make your own version and share them if you please, so long as I'm credited for the original work, and that you are responsible for the modded version and maintaining its contents.

Where should I post?
Also, frankly, I don't think I'll bother to put my name into this lmao.
Edit:...... Okay, maybe i will but I might be too lazy to remember lmfao
Top

Depending on if you're making edits directly to the original wad file, or if you made a additional wad that overrides the original content when loaded together, you can put at in the Gameplay Mod or or TCs subforums.
Top
4980 posts