by Nomakh
Let me introduce you the new monster that I am making - The Professional Cyberdemon. Concept of incoming "professional monsters" is - almost all stars are default, attacks almost default (no nukes and railguns from cybies for example), but these kind of monsters will do their best to defeat the player. Here is the first one - Professional Cyberdemon and here is a video that demonstrates his abilities.

I saw this post and immediately started playing the first endless madness. It was an absolute joy to play and I look forward to the sequel! Keep it up!

by Blue Shadow
I've been working on reviving NC HUD, something which I didn't think would happen soon.

by NeuralStunner
Eyy, the enemy health bar is rad!

I presume zscript huds are capable of recreating the better features of the althud (like listing arbitrary weapons/ammo)? I had made a "universal" hud in sbarinfo at one point, but needing as different copy for every game anyway made it too annoying to continue.

by Agentbromsnor
Got my weapon working properly now:

I'll probably update the firing animation to give it some much needed kickback later.

NeuralStunner wrote:I presume zscript huds are capable of recreating the better features of the althud (like listing arbitrary weapons/ammo)?

They are. That ammo list at the top-right corner isn't static, rather it's auto-generated at runtime. I based its code on the althud's.

by Ghost Prototype
Trying my best to annoy the player

by leileilol
this model was entirely done in hours a few nights ago, just to dust off ye blender habits while sitting idle in pso2. I went to go after a lower polycount and texture size than usual (1184 tris of 256x256x24+128x128x32) and ended up making the hands some super simple mush in the process.

(disclosure: very much not an original/OA character and should be recognizable to some here and no it's not cutey honey or a-ko)

leileilol wrote:and ended up making the hands some super simple mush in the process.

Atleast it's not like Unreal's hands which are just a segmented square with a masked texture on it, haha.

Been working on adding Quake map support in my engine. Brushes have some nice properties that Doom maps don't have, and aren't as much of a pain in the ass to work with in the code in some ways.
Unfortunately, documentation is very, *very* lacking, and it's not too straightforward if you're not well-versed in maths. Thankfully, someone helped me with figuring out how to generate the vertices, and the Valve220 format/extension means I don't have to figure out how to generate UVs from the given data. 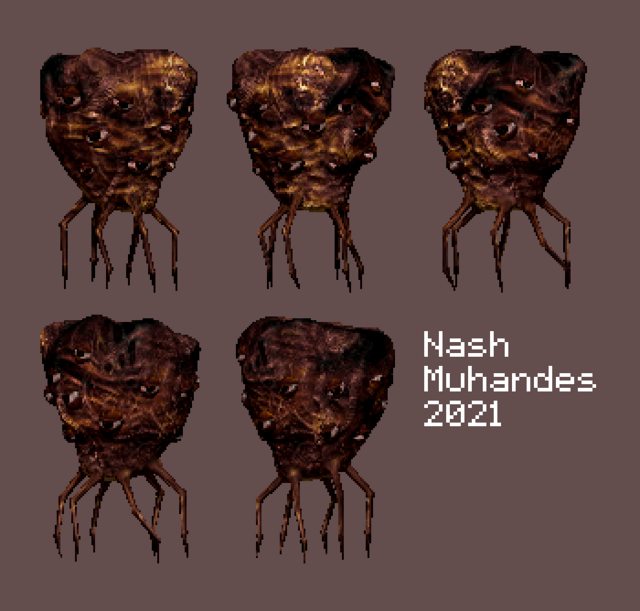 Haven't done these Doom sprite commissions in a while and only had time to take this one quick one (this was whipped in like a day). Miss doing this stuff. :D 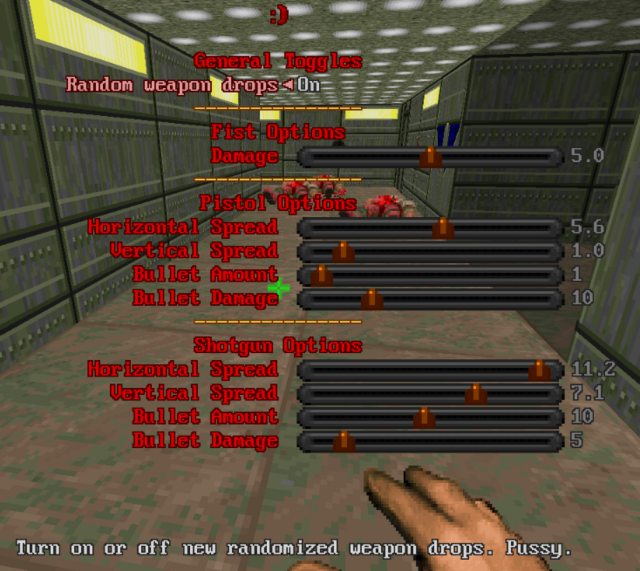 I have NO idea if somebody had an idea about a randomizer customizer idea yet so I wasted a few stupid minutes on this lmao
All times are UTC-06:00
Page 2046 of 2053