Here's what I've come up with: 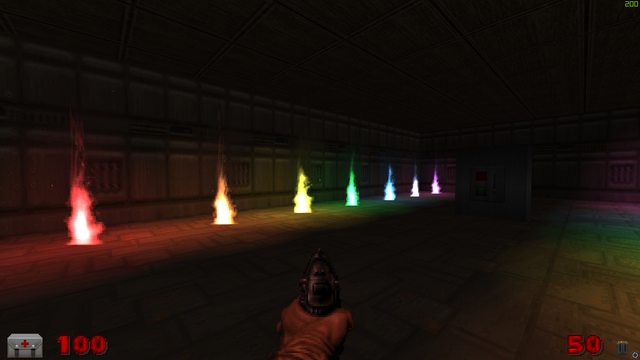 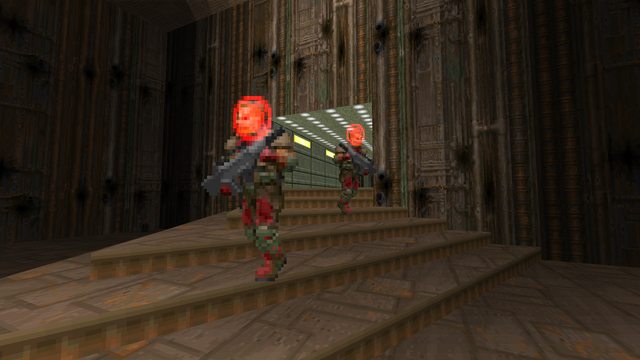 Simple mod which adds headshot hit-boxes to all enemy types, also includes an enemy blacklist for those that shouldn't take headshot damage.

Nice! I didn't even realize you could do that with eventhandlers! [apparently I had completely glossed over that fact when you posted it on the other thread -_-]


Revenant shoots own hitbox, so it has been blacklisted.

I take it that there's no precaution against when an imp is shooting at a target at a very steep pitch upwards? That's always been the reason why I've tended to avoid headshot actors.


This does not currently transfer ownership of kills to the player

anyway, bumping because this deserves more attention than the other spaghetti headshot thread.
Top

Loving this system, but a quick question:

Is there a way to set the headshot hitbox to take on the species of the monster that calls it? If so, you could theoretically use mthruspecies to allow its own projectiles to pass through it to avoid enemies from hitting themselves (especially when aiming upward) I don't think you can do it in decorate, but I was wondering if it was maybe possible with zscript?

edit: Giving the headshot hitbox +Spectral did the trick, but its a bit hacky since it means the player will need to apply +Spectral to any projectiles that can score a headshot (and no enemy projectiles will be able to use the flag in the process, lest they repeat the problem)
Top

It looks very nice and works well!
The code looks complex though, may I ask questions if any come up?
Top

Yeah sure. If you have any questions feel free to post them here or message me privately
Top

Sorry to necro this one but does anyone know why this mod flags this warning and what can be done about it?

The bit of code in question is:

and the relevant line is the one with A_DamageMaster

I'm going to assume that it's because (from the wiki) the amount of damage done is an int...
A_DamageMaster (int amount...
but that (self.lastHealth - self.Health) is a float. However, I don't know how to address that.
Top

I'm assuming 'hsfactor' is a float/double. Multiplying an integer with a double produces a double still. Casting the following expression to an integer should silence the warning:

Thank you. That seems to be working perfectly.
Top

Sorry for the bump but the Smooth Fire resource does not seem to be working properly on my end.
When I put the resource into my GZDoom Builder Game Config Resources it gives me this error:

I don't know what this is all about but if anyone can help me with this I would appreciate it.
Top

vólentiæn wrote:sorry for the bump but it seems gzdoom wont reconise decorate actors when i add them to the exclusion area (its a custom flying lost soul type enemy)
really wish it could considering they end up killing them selves

I can take a look into this, at some point.

in other news I've updated the Smooth Fire to be even more modular, it can now take the colour value set in your UDMF editor of choice! Also some code improvements here and there have been made over the past few years. Check it out in the main post
Top

Ryuhi wrote: edit: Giving the headshot hitbox +Spectral did the trick, but its a bit hacky since it means the player will need to apply +Spectral to any projectiles that can score a headshot (and no enemy projectiles will be able to use the flag in the process, lest they repeat the problem)

Sounds like a great bypass in theory, but you are screwed if you use hitscans, since they don't care if either the weapon or the puff has +Spectral or not, it just won't allow the damage to be dealt.
Top

Adding the +SOLID flag and a CanCollideWith override can alleviate the Revenant issue all together, something I didn't know 3 years ago when making this simple resource.

Here's a small updated version of the actor-based headshots. It's not intended to be used as a gameplay mod, so some tweaking may be required.
Top

Mikk- wrote:Yeah sure. If you have any questions feel free to post them here or message me privately