by Pixel Eater
Download ScreeM vIII.5
To remove weapon warping install ScreeM 3.5 and make sure GZDoom is up to date and enable bloom.
I like:
BigButts.wad
ScreeM comes with a slider which reconfigures older palettes for use with LCDs, a realistic temperature control to simulate the cooler tone of CRTs, an updated colour dispersion effect and more.

Spoiler: Images
These examples are zoomable: 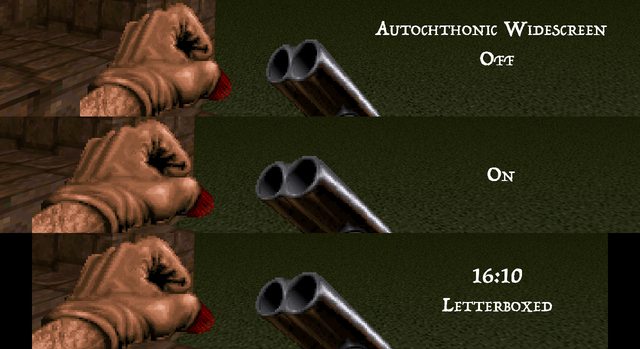 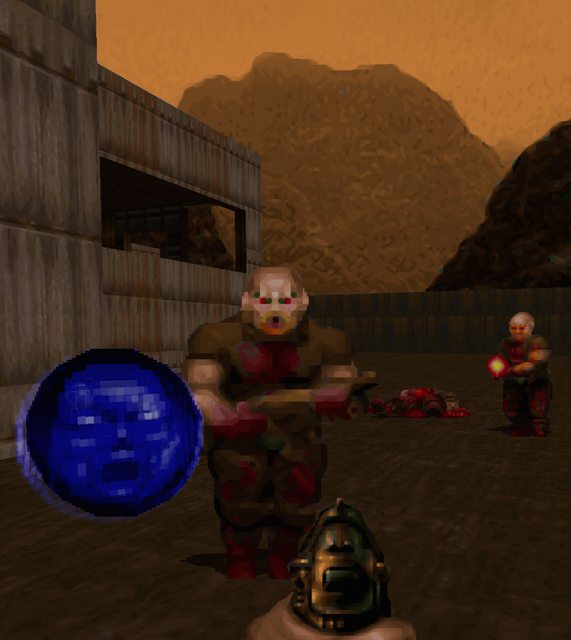 A night-playing temperature with the Grey Only mode

Update 3.3: Added a new temperature setting called 'Grey Only' which works better with the warmer kelvin range for night playing. The grill blocks less pixels now. Plus the LUT isn't so desaturated and hopefully works better with cyans and magentas (ie. Heretic and HeXen).

Update 3.2: The LUT had an error with colour matching and I re-kajiggered it's balances. It should be brighter and clearer now.

Update 3.1: Moved the temperature code into ZScript as it doesn't need to be run on a per-pixel basis and extended the 'coolness' capability of the slider.

by Pixel Eater
Some more pictures: 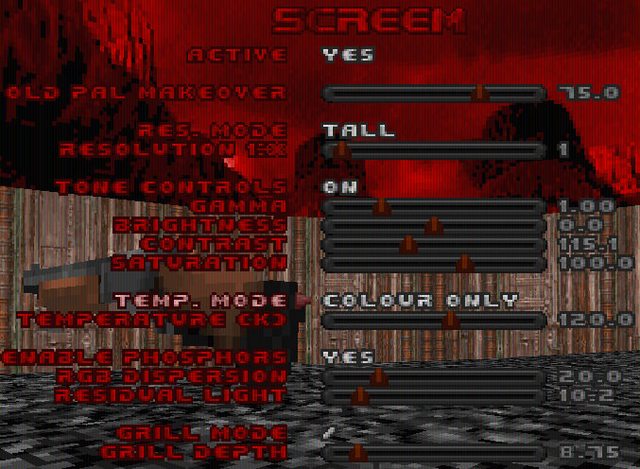 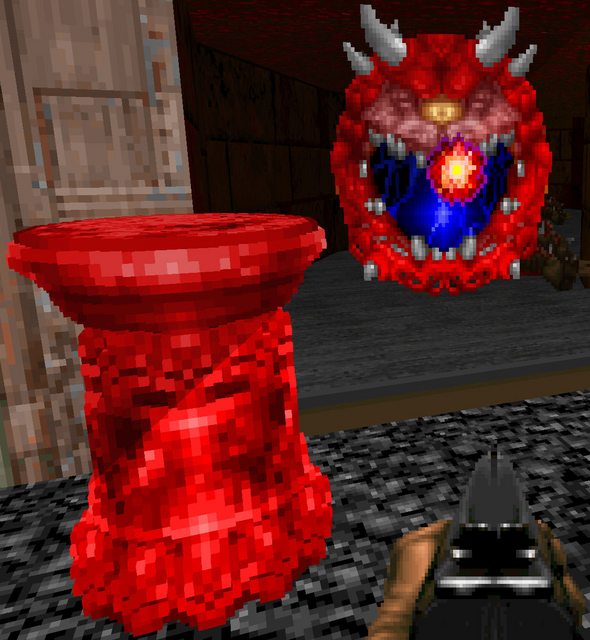 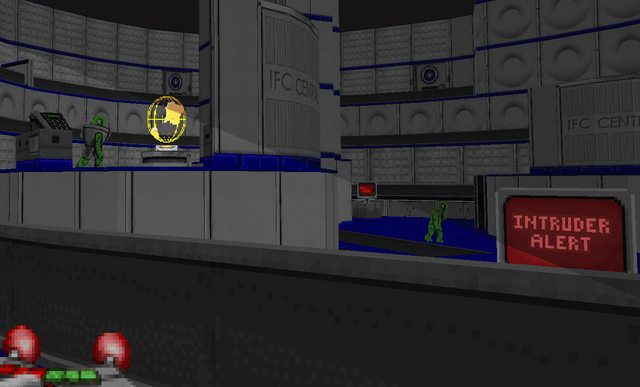 Unlike CRT emulating palettes, ScreeM can work with voxels and multiple games' palettes.

by reikall
Going even a little over 100 for color saturation starts doing strange things. And at -300: 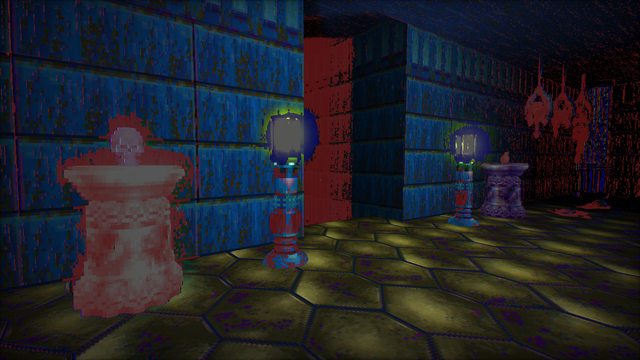 Not a complaint. More psychedelic, please.

by Pixel Eater
Huh, that is weird! It's supposed to go negative but that looks like a halo of some sort. Even the grey tiles are gaining hues

Are there any other shaders running that might be interacting with it? Maybe a different loading order will fix it. If so, keep a note how it happened cause it looks pretty

by Pixel Eater
Something I worked out last night: If you enable autochthonic width, don't use letterboxing (set forced aspect to 16:9), increase the view to get the widescreen HUD and have a FOV of 84 your screen will look massive! Plus it isn't zooming any further than DooM originally did, the FOVs should align

by Trusty McLegit
It is meant to look like this?

by Pixel Eater
Are you referring to the HUD weapon? For now GZDoom can't place shaders behind the player sprite but when it does I'll update straight away. I've seen hints this is being worked on but wasn't sure how to run it for myself.

by Pixel Eater
I've come to a conclusion I thought I would share in case it helps anyone with dialling ScreeM in- The more you can make your monitor look like a CRT without using the 'Old Pal Makeover' feature then the less you will need it. I'm finding it looks better if you use it as the icing that gets you to the finish line (Low blood sugar is no joke).

The idea being that each setting has a run-on effect with the next and you'll need successively less adjustments. Why does this make the O'Pal M'over work better? Because of it only adjusting colours and leaving greys completely untouched, it won't change the gamma of your display. In fact the greys will look abnormally bright in relation to the resultant colours if you don't set the gamma first. Likewise, contrast will have more of an effect on gamma than gamma does on contrast, and so on as you go backwards.

Doing things this way will look better over all but means I need to change something in the future. The O'Pal M'over also alters the hues and that doesn't need to be reduced along with the brightness and/or saturation of the colours.

by Pixel Eater
The newest update is up and it allows the weapons' aspects to display consistently. The only issue is that you'll need to keep bloom on for it to work. Until the next key release of GZDoom is out you'll need to use a developer version as well.
I've included "BigButts.wad" in the OP which will return the weapons back to their widened form and additionally (from memory because it's an old wad) I centered the weapons with the screen and crosshair.

by Pixel Eater
The next update of this is still a while away but I made a leap in the CRT palette correction stuff: 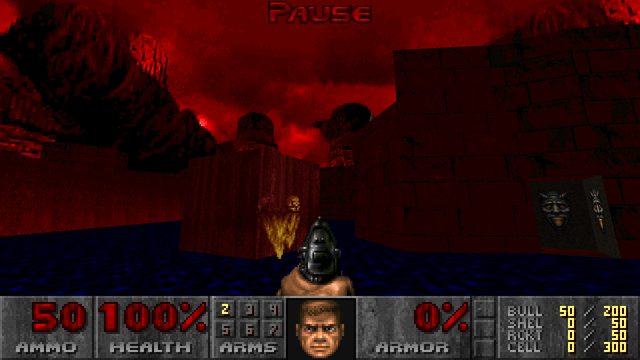 Spoiler: And a 'before': 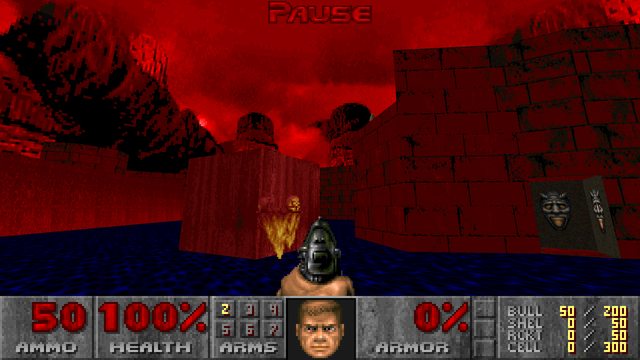 Too much brightness causing lots of banding

This has come about because I've gotten ahold of some comparison data which seems to be the real deal and avoids the over-darkening that my older stuff suffered from. 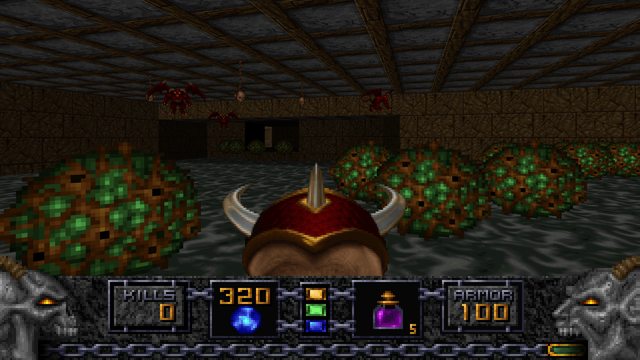 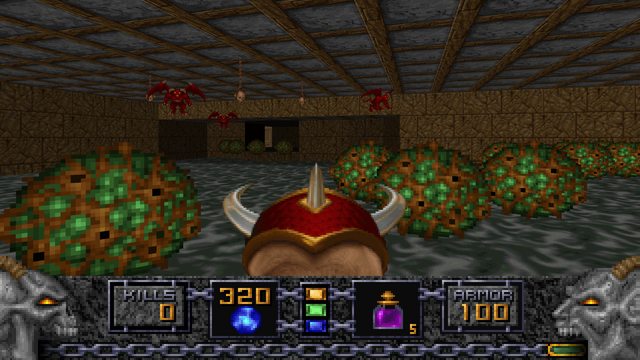 by .ex.inferis.
At the risk of sounding dumb: would this work alongside torridgristle's RetroShader or bad things would happen?

by Pixel Eater
If you're using RetroShader's pixelation then I'd load Screem after it and set it's resolution slider at 1:1. I think that should avoid any conflicts.
But if instead you load RetroShader second and use the screen curve tool you might be able to warp the phosphors from Screem.
I haven't actually tested, just brainstorming! Definitely try messing with their loading order anyhow

by .ex.inferis.
Hahaha sounds good then. I'm a mess around with them over the next week and report back any interesting findings. I'm currently running PalPlus with RetroShader, and seeing how ScreeM handles reds made me wanna try this too. Trying to go for a grim, gritty, sinister look.

by Pixel Eater
For a newer vibrant version of these wander over to here.


Here's a palette made with the tone controls in the upcoming Screem which I'm pretty happy with. There's a second file for Sigil too which adds a Slade-generated colourmap for use with the SW renderer. It keeps the episode from looking too dark with this palette. Screem 4 will feature a dynamic light boost for the hardware renderer to simulate the same effect. 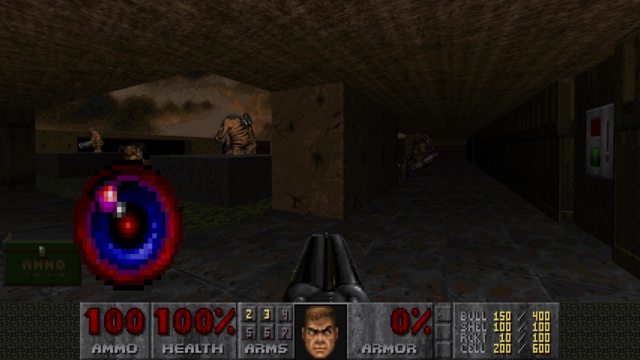 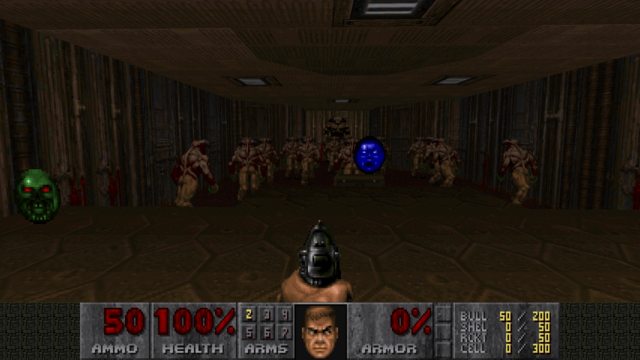